The 2021 Bentley Bentayga is a step-up from its predecessor and ups the sense of exclusivity in its overall appeal both on the outside, as well as on the inside. 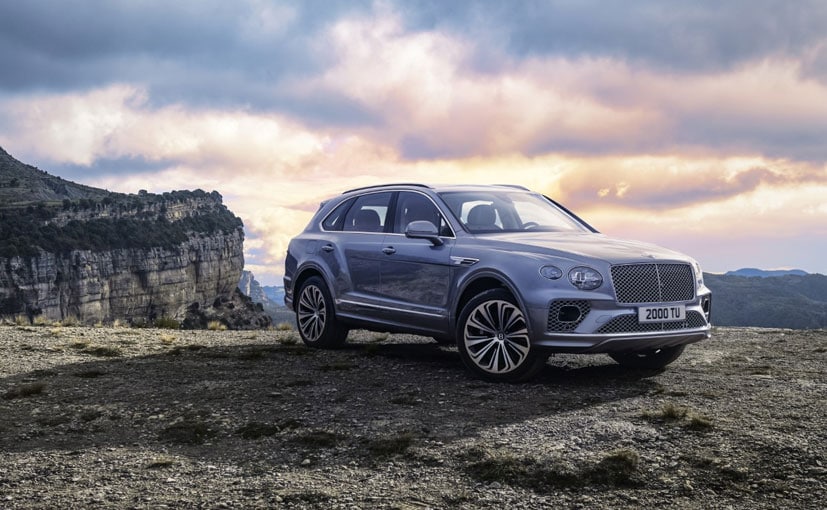 View Photos
The Bentley Bentayga gets an updated front end.

Back in 2015, Bentley entered the ultra-luxury SUV segment with the Bentayga and soon after other uber luxurious automakers like Rolls Royce and Maserati followed suit. With the competition rising and the Bentayga almost five years into its life cycle now, the need of a comprehensive update was evident. Well! That's exactly what Bentley has done now. The 2021 Bentley Bentayga is a step-up from its predecessor and ups the sense of exclusivity in its overall appeal. 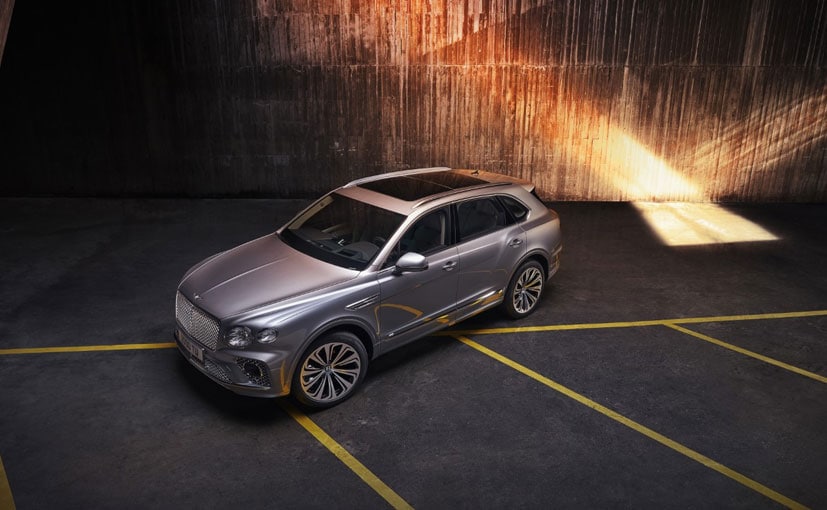 The new Bentley Bentayga looks better rounded around the edges which make for a suave design. The level of finesse on the facelift model matches the levels we have seen in recently introduced Bentley cars like the Continental GT and Flying Spur. The larger and bolder matrix chrome grille is now more upright, while new and intelligent LED matrix headlamps include the signature Bentley design inspired by crystal-cut glassware. A more aggressive and sharper front bumper  offers a sense of sportiness to the lavish design and the wet-arm windscreen wipers have been introduced for the first time, with 22 washer jets in each arm. 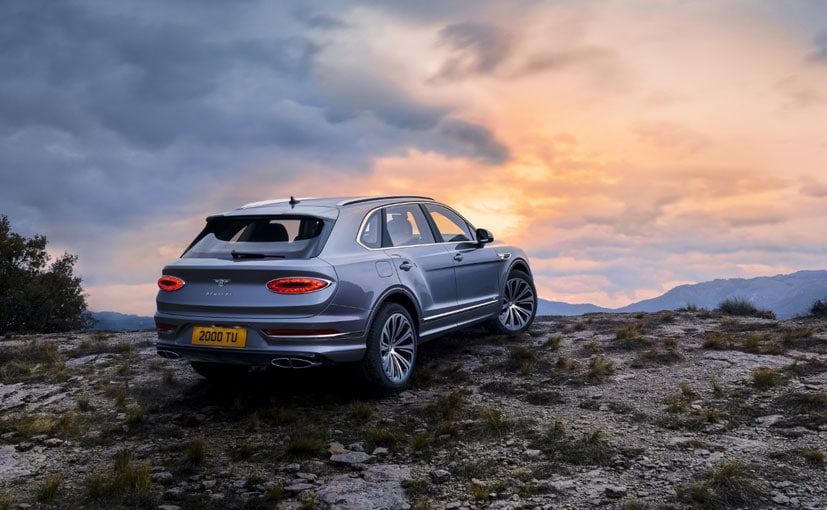 The rear track has been increased by 20 mm and the wheel arches have been revised to better its stance.

The rear of the Bentley Bentayga is a significant departure from the outgoing model. It has undergone a major transformation with a total redesign of the rear surfaces including a new full-width tailgate along with new encapsulated lamps. While the license plate has been moved down into the bumper for a cleaner appearance, wide, split tailpipes remind you of the previous model. The rear track has also been increased by 20 mm and the wheel arches have been revised to better its stance. 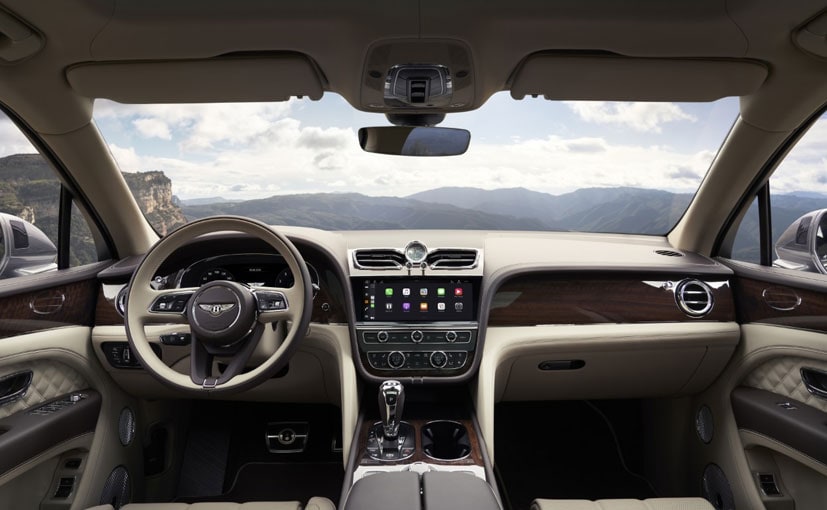 Among the major changes are a new centre fascia and steering wheel, new door trims and all-new ventilated seats.

The sumptuous appeal of the cabin in the new Bentley Bentayga has been upped as well with the application of dark tint diamond brushed Aluminium trim for the first time in a Bentley, as well as two straight-grained veneers Koa and Crown Cut Walnut, new to the Bentayga. Mulliner driving specification adds a new quilting design, and micro piping detailing is also optional for the seats. Among the major changes are a new centre fascia and steering wheel, new door trims and all-new seats - now available with ventilation in the rear in the five-seat cabin option. Passengers at the rear will also have the option to stretch their legs with 100 mm of added legroom. 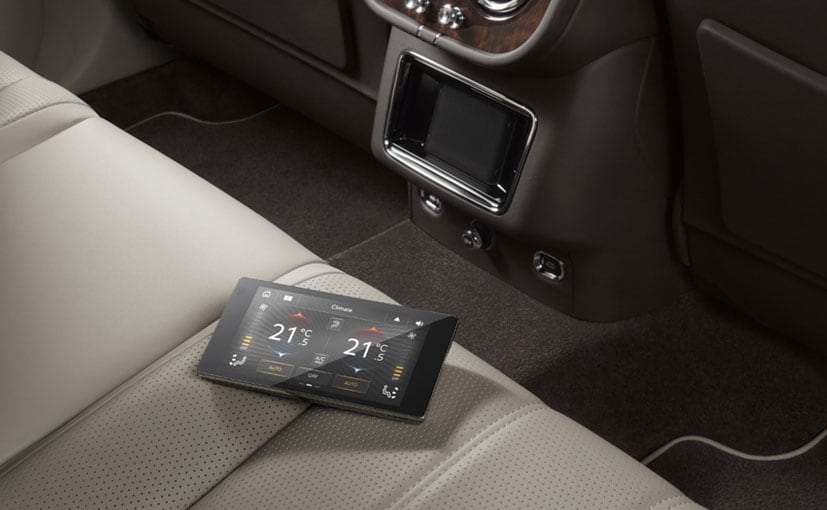 At the rear there is a new, larger touchscreen remote control tablet, similar to that introduced in the all-new Flying Spur.

In today's day and age, any update is not comprehensive enough without bringing in more features and connectivity options. The new 10.9-inch display screen in the Bentayga uses the latest hardware and software to bring all-new navigation with satellite maps, online search and other features. Wireless Apple CarPlay is standard now alongside the existing wired system, along with Android Auto which will be on offer in select markets. At the rear there is a new, larger touchscreen remote control tablet, similar to that introduced in the all-new Flying Spur. The new Bentayga is also equipped with USB-C data ports and a wireless phone charger which are now standard. It also gets an embedded SIM as already seen on the latest Continental GT and the in-car 'My Bentley' remote services which is accessible through an app available on both Apple iOS and Google Play Store. 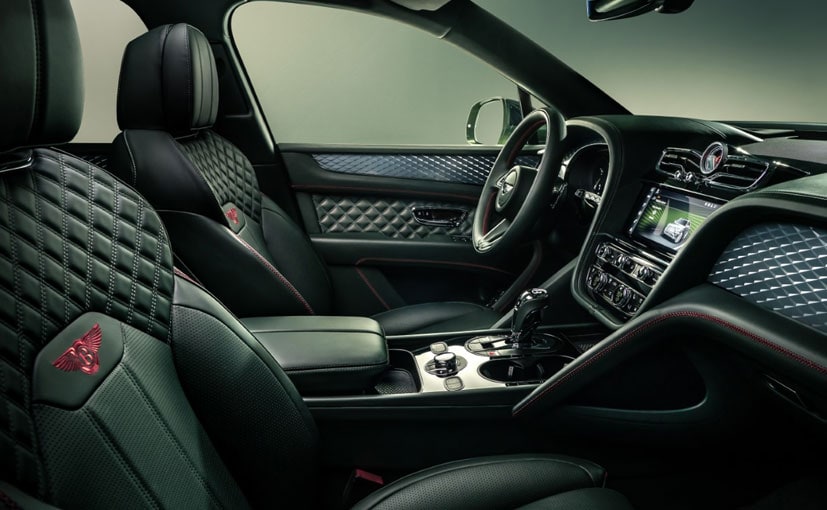 There is also the option of an Alpine green variant.

The new Bentley Bentayga will be launched with the 4.2-litre, turbocharged, V8 petrol motor tuned to churn out 542 bhp and 770 Nm of peak torque while it will be mated to an eight-speed automatic gearbox. The SUV will do the 0-100 sprint in 4.5 seconds while will clock a top speed of 190 kmph. The British carmaker is saving the 6.0-litre W12 TSI engine and a plug-in hybrid iteration of the V8 motor at a later date. The W12 powered Bentayga will also continue to be the fastest SUV clocking a top-speed of 305 kmph. Moreover, it will also offer up to 8 on and off-road drive modes including the optional All-Terrain specification.