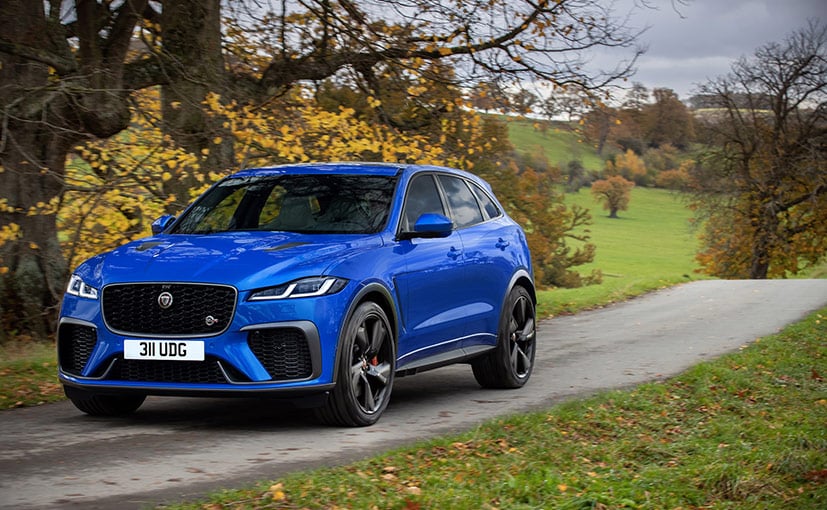 View Photos
The 2021 Jaguar F-Pace SVR has been significantly upgraded in terms of performance and features.

Jaguar has been revamping its entire model line-up. We have seen the updated versions of 'X' sedan range along with the F-Pace SUV. Being done with the mainstream models, the British carmaker is now set to upgrade its performance oriented SVR models and make them even more exhilarating. The company has started with the Jaguar F-Pace SVR and has made it even faster along with enhancing its dynamics. That said, it's not only that mighty 5.0-litre Supercharged V8 motor that's to be credited for the performance upgradation, there's more to it. 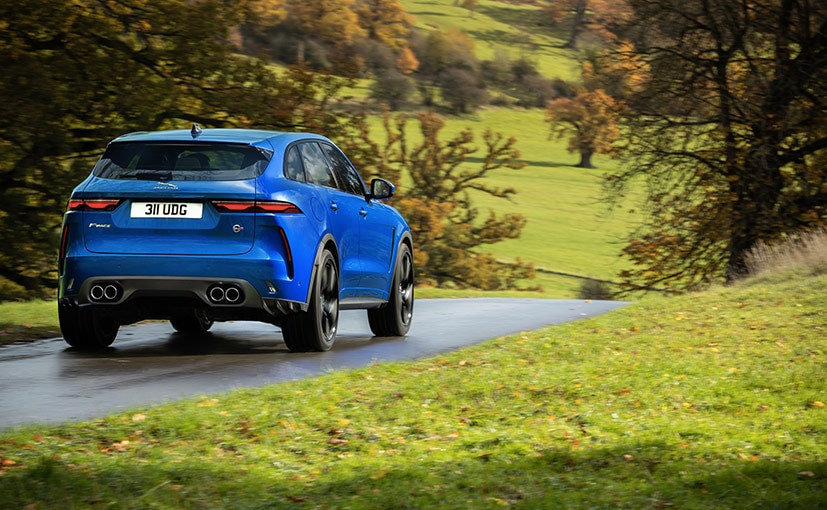 The Jaguar F-Pace SVR is now underpinned by the advanced Electronic Vehicle Architecture 2.0

The biggest update in the new F-Pace SVR is perhaps its new architecture. This SVR has now moved to Jaguar's advanced Electronic Vehicle Architecture 2.0 (EVA 2.0) that has helped improving its agility and the model now adopts motorsport inspired design details. The 5.0-litre Supercharged V8 has been remapped to offer a more linearly elevating torque curve and is tuned to churn out 700 Nm of peak torque, while the engine is mated to an eight-speed automatic gearbox. Then there's the new Dynamic Launch function as well aiding the F-Pace SVR to do a 0-100 kmph sprint in just 4.0 seconds while it can clock a top-speed of 286 kmph. Along with engine, Jaguar has also updated the braking system to offer better and more systematic bite. The 395 mm front and 396 mm two-piece rear disc brakes are coupled with an integrated power booster which has been recalibrated to deliver a shorter and sportier feel on the brake pedal. While the new electric booster works just fine to mask down higher speeds, the new cooling and aerodynamic also add up to the overall braking performance. The interior of the new Jaguar F-Pace SVR is comprehensively redesigned as well to compliment the its sporty looks and appeal and it gets the latest 11.4-inch Pivi Pro system as well.

Now the updates are not just limited to cosmetics on the outside and that's primarily from where the advancement in aerodynamics comes. The new front bodywork is influenced by SV's significant motorsport experience and reduces lift by 35 per cent, lowers the drag from 0.37 Cd to 0.36 Cd and of course amplifies the stance. The interior of the new F-Pace SVR is comprehensively redesigned as well to compliment the its sporty looks and appeal. Seat and door inserts are finished in Alcantara, with elements such as the central console and cup holders Windsor leather. It is also equipped with a 12.3-inch HD Interactive Driver Display that too has been wrapped in Alcantara with ebony stitching, while aluminium patterned finishers feature are standard with open-pore carbon-fibre available as an option. Optional slimline semi-aniline leather sports seats with heritage logo-inspired diamond embroidery across the front shoulder section is also available and the same pattern is used on the leather on the seatbacks. The embossed SVR logo on the headrests too goes really well with the finish. It also gets JLR's famous Pivi-Pro infotainment system with an all-new 11.4-inch HD curved glass touchscreen that gets over-the-air (OTA) updates. It is also equipped with latest technologies like active road noise cancellation and advanced driver assistance system among others.