The Maserati Ghibli Hybrid is the Italian brand's first electrified car which is equipped with a new 2.0-litre, four-cylinder turbo engine which will be coupled with a 48V alternator and an electric supercharger (e-booster) which will source its power from a lithium-ion battery pack. 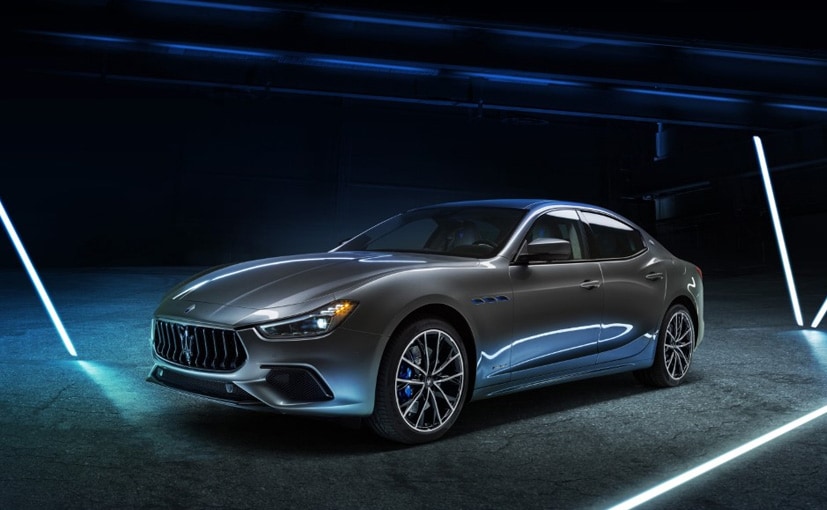 Maserati has finally stepped towards electrification with its first-ever hybrid vehicle- the Maserati Ghibli hybrid. Maserati has developed a new 2.0-litre, four-cylinder turbo engine which will be coupled with a 48V alternator and an electric supercharger (e-booster) that will source power from a lithium-ion battery pack. Maserati says that the new powertrain strikes a perfect balance between performance and efficiency. What's also impressive is that this mild-hybrid version of the Ghibli is 80 kgs lighter than the 3.0-litre diesel engine equipped Maserati Ghibli, despite the weight of the battery pack. 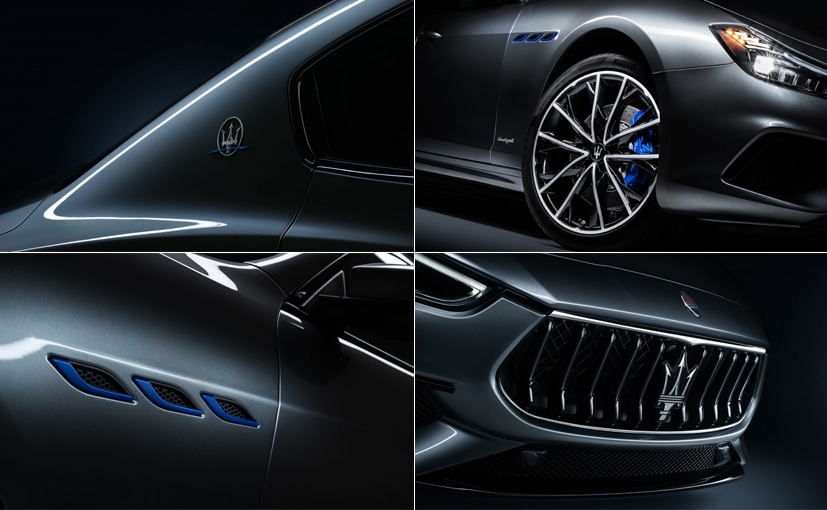 The MAserati Ghibli Hybrid gets blue colour highlights on the side air ducts and brake calipers.

In combination this Hybrid powertrain belts out 325 bhp and 450 Nm of peak torque which is accessible from 1500 rpm. The Maserati Ghibli Hybrid can clock triple digit speeds at 5.7 seconds and can take a top speed of 255 kmph. While for the most part it looks pretty much same to any standard Ghibli, there are some highlights to point out that it's electrified. For instance, the blue colour that characterises the three side air ducts, the brake calipers and the thunderbolt in the oval that encloses the Trident on the rear pillar. 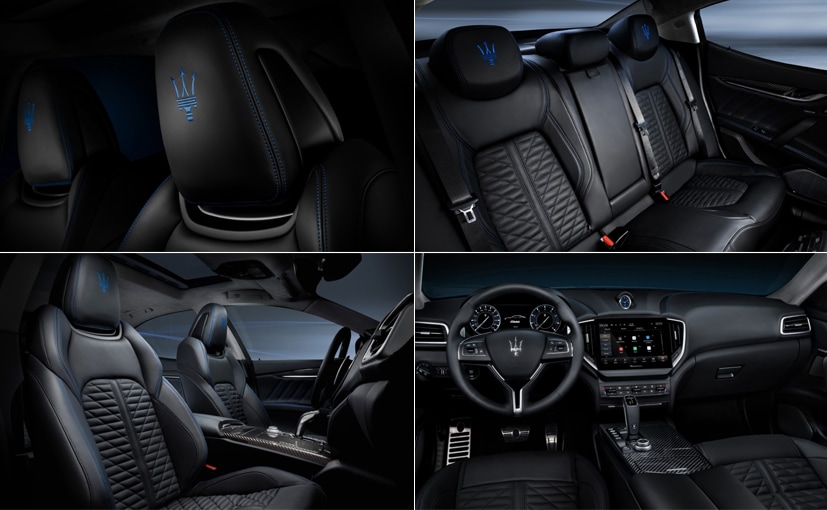 There are similar blue highlights on the inside as well.

The same blue colour is seen inside the car on the seats. The front grille gets redesigned slats and there is a musical device that emits the sound of a V6 engine. At the rear there are new taillights with a boomerang-like motif inspired by the 3200 GT and the Alfieri concept car. 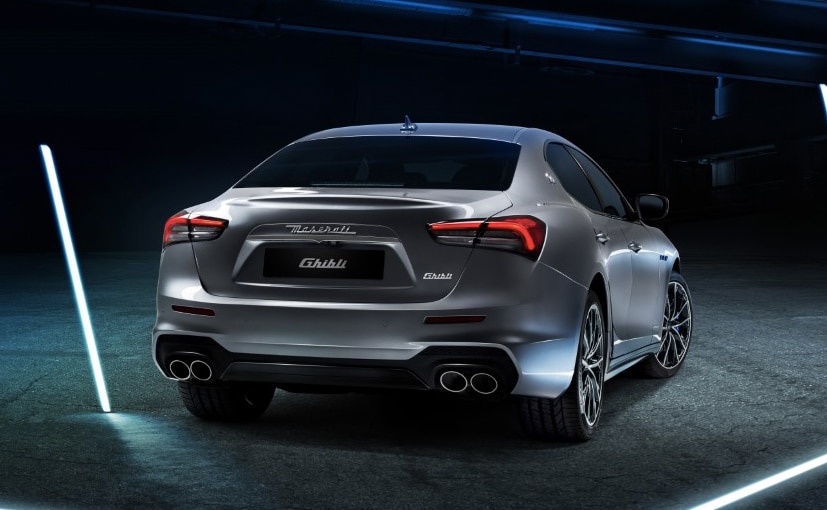 At the rear it gets new taillights with a boomerang like motif.

There has been some updates in the features department as well. Maserati has introduced the Connect Program for the first time in the Ghibli hybrid which can update the software packages and the system performs checks on the car and monitors the Safety Security services in emergencies. 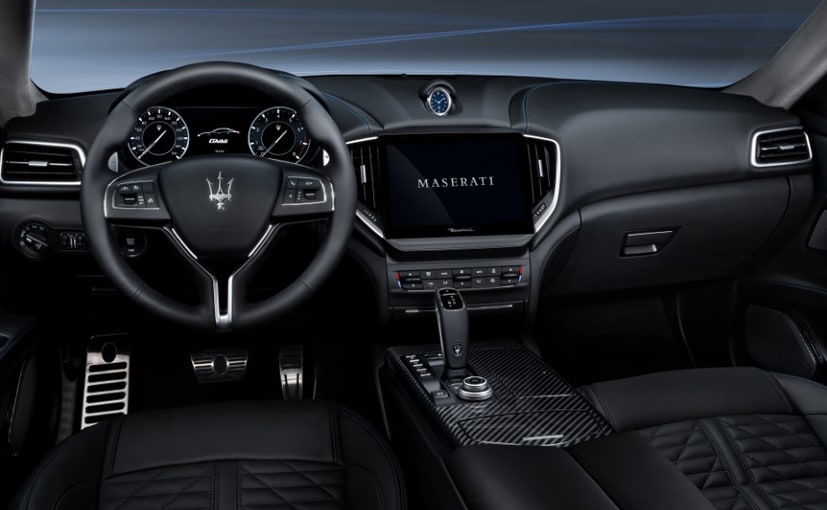 Then the Maserati Intelligent Assistant multimedia system is latest-generation, based on digital inputs from Android Automotive, software that delivers an innovative user experience and is fully customisable to the driver's personal taste. There is a new 10.1-inch HD screen as well which is claimed to be more user-friendly and without surrounds, giving it a flush finish. A new instrument panel with digital devices and new graphics is also introduced.