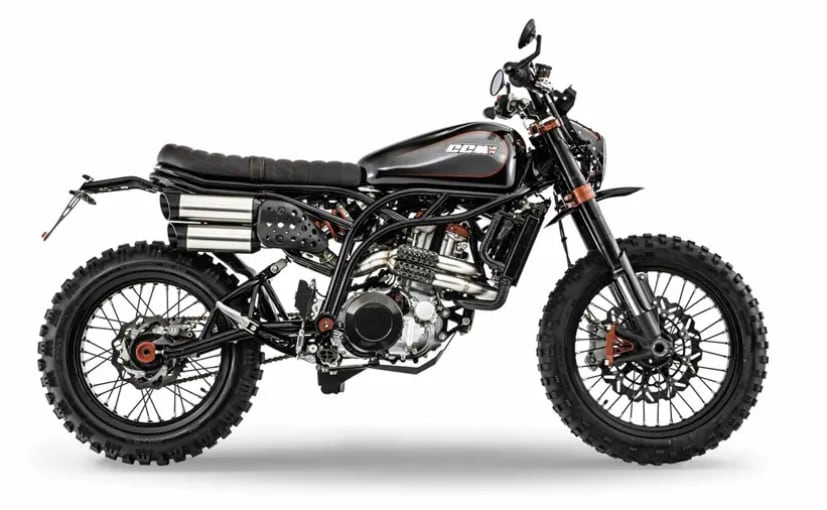 British motorcycle brand CCM has revealed a new CCM Spitfire Blackout model, to celebrate the Spitfire's starring role in Marvel's upcoming Black Widow movie. The movie, starring Scarlett Johansson, was supposed to have been released in May, but has been postponed till November 6, due to the pandemic. CCM prepared six rugged machines for the film, marking the brand's first return to the big screen since the 2001 film Lara Croft: Tomb Raider. In Black Widow, the bike used by Johansson is a black-painted Spitfire, but for the production model, CCM has opted for a polished and glossy look. The six bikes provided for the movie were ridden by stunt rider Sarah Lezito doubling for Johansson in the action sequences. 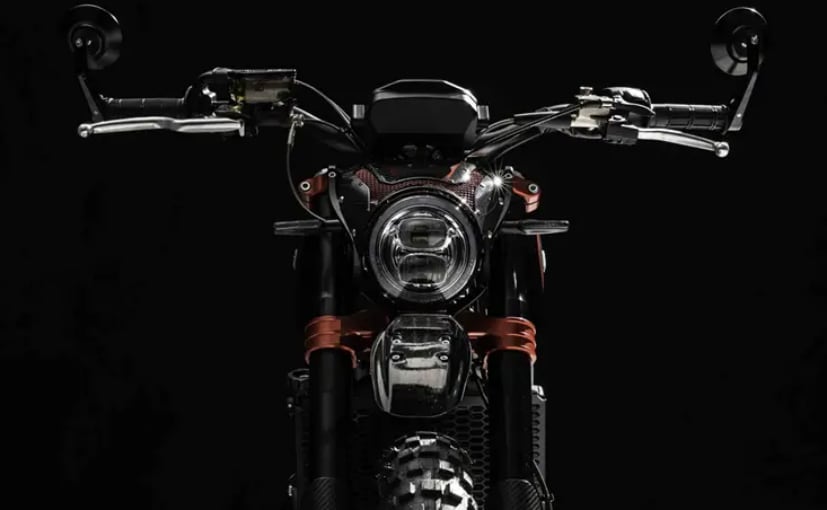 The limited-edition bike is based on the CCM Spitfire scrambler platform, with some enhancements

The limited-edition tribute model is a scrambler, based on the CCM Spitfire platform, and features black powder coated trellis frame, dual-sport open block tyres fitted on 19-inch front and 17-inch rear spoked wheels. The twin single side high-level exhausts complete the scrambler look, and also said to provide a more purposeful soundtrack. The Spitfire Blackout features an exclusive blacked-out colour and trim, and is powered by a 600 cc, single-cylinder, liquid-cooled engine which makes 55 bhp of maximum power and 50 Nm of peak torque at 5,500 rpm. 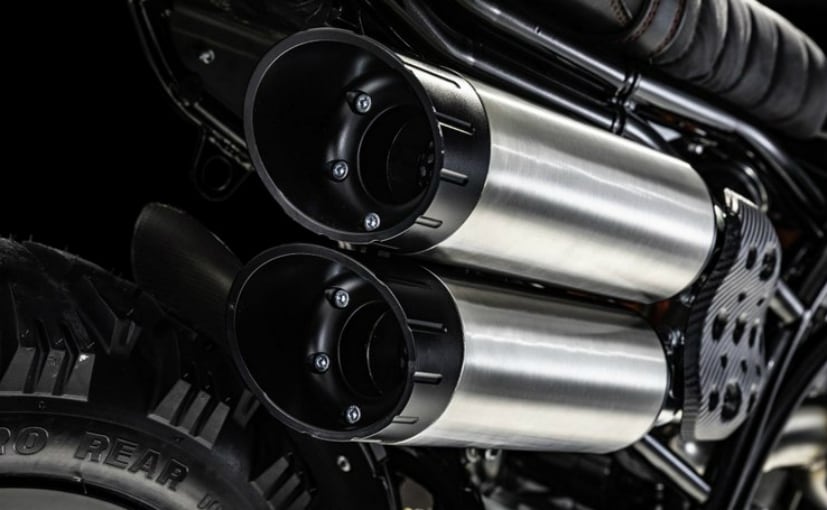 There's a new performance map to give the engine some extra torque, and the rear sprocket also has less teeth than the stock bike to offer a more relaxed cruising speed on the road. CCM has also tweaked the suspension on the Blackout, altering the spring and damping settings on the front and rear. The Marzocchi forks offer compression and rebound adjustability, and the adjustable rear shock is also said to offer a softer ride than the Scrambler model set-up the Blackout is based on. 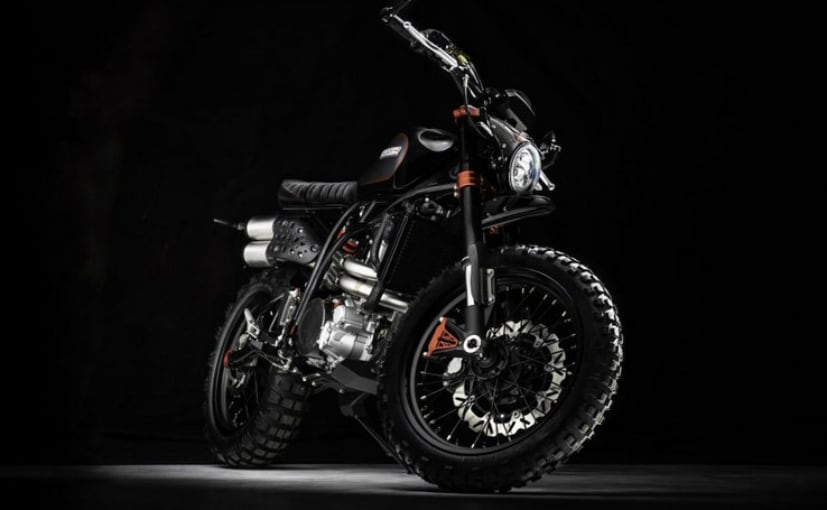 The limited-edition production model Blackout gets hand-painted finish with metallic black on the carbon-fibre headlight cowl and fuel tank, grey tank sides, a grey microsuede seat and black powder coated frame. The base price for the Spitfire Blackout is GBP 8,995 (around ₹ 8.85 lakh under current exchange rates). Optional extras include three additional packs, called 'Action', 'Hero' and 'Legend' to go with the bike's Hollywood heritage.