When it comes to owning the world's most impressive car collection, football sensation Cristiano Ronaldo is one of the top contenders, with a garage worth $25 million!
By carandbike Team

Cristiano Ronaldo is hands down, one of the richest footballers in the world, with a net worth above £200-250 million, roughly over Rs. 2,000 crores! With a weekly salary of Rs. 3 lakh+, Ronaldo has a monumental loyal fanbase, but more importantly, he has an unmatched fleet of cars, with a few rare sets of wheels, that will make anyone envious of the Portuguese professional footballer. A staunch petrolhead, Ronaldo is said to own a car collection that is easily worth Rs. 200 crores! Yes, you read that correctly. And yes, we are as much in awe as you are. So, let's take a quick look at these cars that are having him spare such huge chunks of cash. 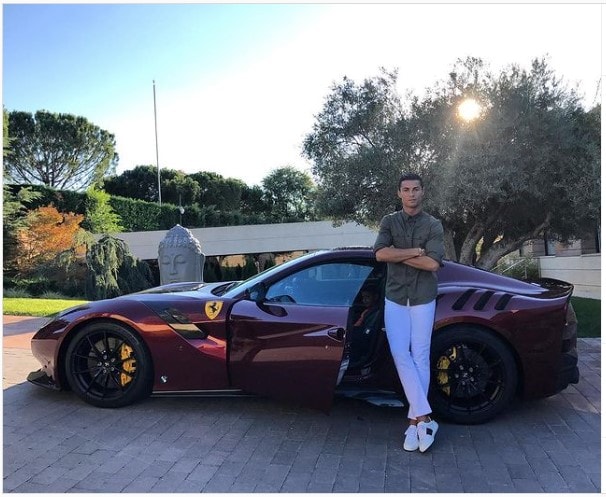 Considered to be the most recent addition to Ronaldo's fleet, the Ferrari Monza is rumoured to cost just over $1.95 million. Interestingly, Ronaldo skipped training, just to purchase this car, around the same time when AC Milan pipped Juventus to a humiliating defeat at the San Siro. Needless to say, his absence created a major stir among the media and fans. But, as it turns out, it was all due to his love for his latest machine, and really had nothing to do with the club's defeat!

Of course, this wasn't Ronaldo's first Prancing Horse! In fact, he's already the proud owner of a Ferrari F12 TDF, a Ferrari 599 GTO a Ferrari 599 GTB Fiorano and a Ferrari F430! A total of 5 Ferrari Cars. Now, that's how Ronaldo rolls! 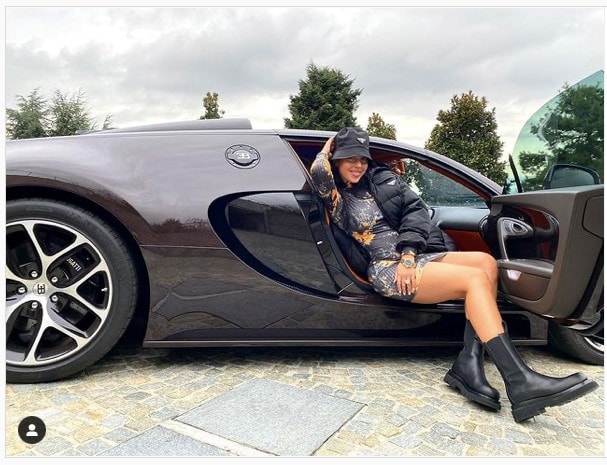 Out of all the outrageous purchases Ronaldo has done over the years, none could come close to the $12 million, limited edition Bugatti Centodieci. He is one among the only 10 people in the world to own this piece of beast, bought to celebrate his 36th birthday. Known to go from 0 to 100 kmph in just 2.4 seconds, the Bugatti Centodieci boasts a neck-snapping top speed of 380 kmph.

Again, this wasn't his first Bugatti! Before the Centodieci, Ronaldo already had the Bugatti Veyron Grand Sport Vitesse and the Bugatti Chiron, for which he famously featured in a promotional video shot in his own garage!

Considered one of the rarest cars in the world, the McLaren Senna is one of the only 500 ever made, and without a doubt is also part of Ronaldo's extensive garage. Costing him around $1.06 million, this supercar derives its name from the legendary F1 racer, Ayrton Senna! For what it's worth, the car features a 4.0-litre twin-turbo V8 engine and is known to go from 0-100 kmph in just 2.8 seconds.

Also Read: Did You Know? Rahul Dravid Has A Lavish Car Collection That Rivals MS Dhoni's 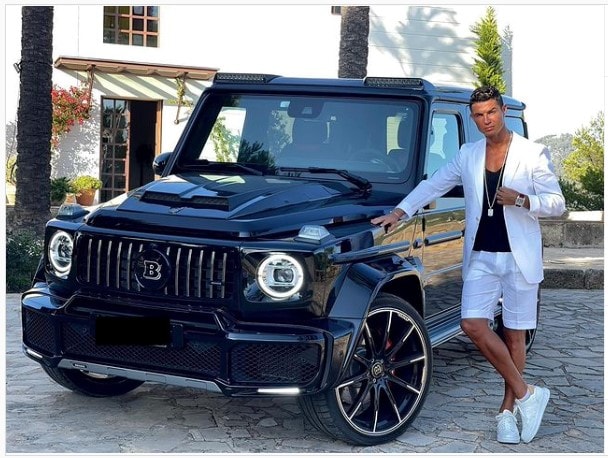 For his 35th birthday, Ronaldo added yet another beast, but this time, it was a gift from his girlfriend Georgina Rodriguez. It is none other than the souped-up version of the Mercedes G-Wagon tuned by Brabus, costing over $850,000. Ronaldo was rather astonished by the gift, and went on to write "Thanks my love for this amazing surprise" on Instagram! 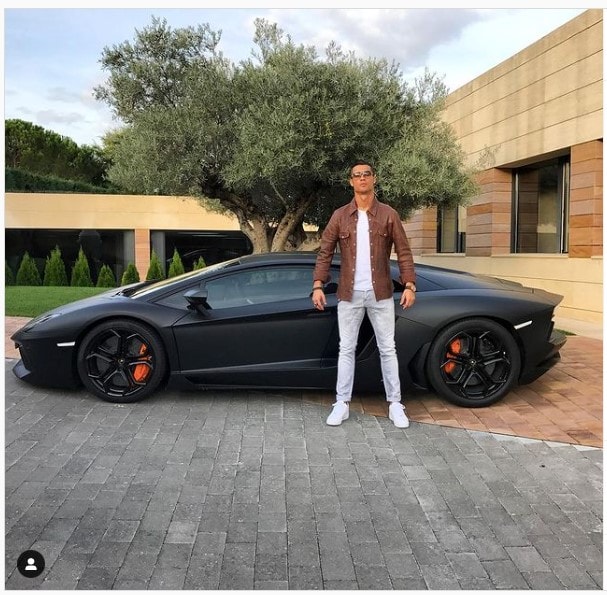 Yet another in Ronaldo's extensive car collection is the speed machine Lamborghini Aventador LP 700-4 which made him splurge over $318,000! This variant is known for its powerful engine putting out 700 bhp @8,250 rpm and 690 Nm @5,500 rpm of max power and peak torque respectively.

Also Read: Which Cricketer Owns The Most Expensive Cars - Dhoni Or Sachin?

When you have such superior taste in cars, it is almost impossible not to own a Bentley, and Ronaldo certainly agrees, having spent over $220,000 on his Bentley Continental GT. This car is defined by its sheer power and athletic agility, and it is as powerful as it is opulent in its design! 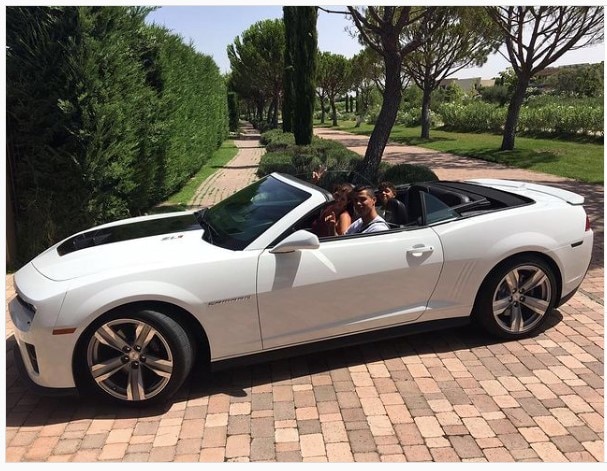 We all have a realistic side, no matter how flamboyant Ronaldo is! And we believe it was his practicality that prompted him to buy the gorgeous, although somewhat small Chevrolet Camaro! This might be his cherished family vehicle! 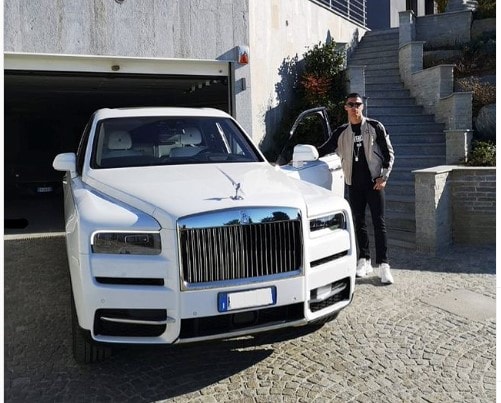 And now it's time to unveil a vehicle that the former Juventus star adores! And it's none other than everyone's favourite luxury SUV, the Rolls Royce Cullinan. If you believe the sheer luxury of this automobile or the fact that it is Rolls-first Royce's all-terrain SUV won over Ronaldo's heart, think again. According to the mega-footballer, the car's seats are just comfy enough to "not damage my back." "It's perfect," he declares. 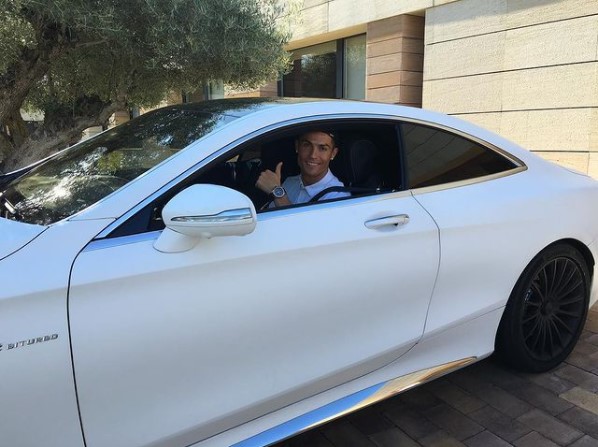 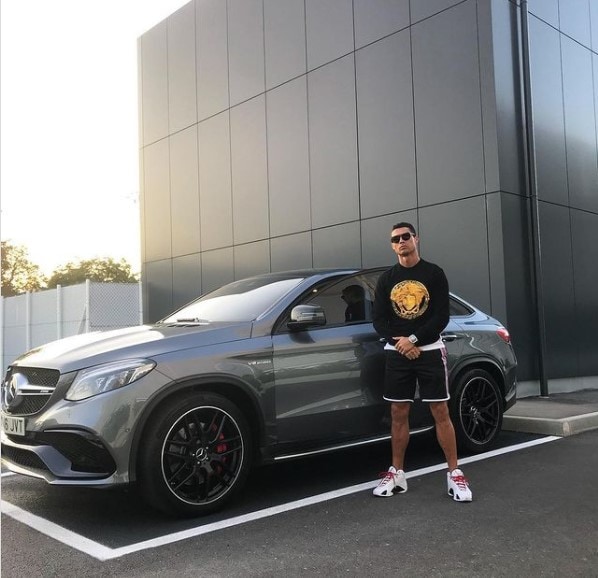 Phew! This collection was as exhausting as it was fascinating!

We just hope, we didn't miss out on any!!