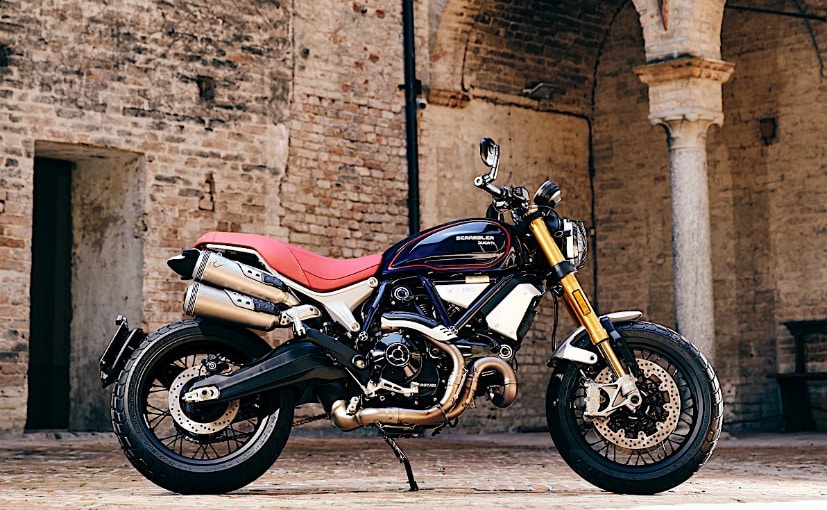 The Scrambler Ducati Club Italia is a limited edition version of the Ducati Scrambler 1100 Sport PRO reserved exclusively for Scuderia Club Italia members, an organisation comprising owners of mostly Italian cars, racers and car enthusiasts. The bike is built on a standard Scrambler 1100 Sport PRO, so it has the same base, and same mechanical configuration, packing a 1,079 cc L-twin engine with 86 bhp of power. The limited edition bike features new graphics, and new accessories package, including type-approved Termignoni titanium exhaust end-cans and a billet aluminium fuel tank cap. 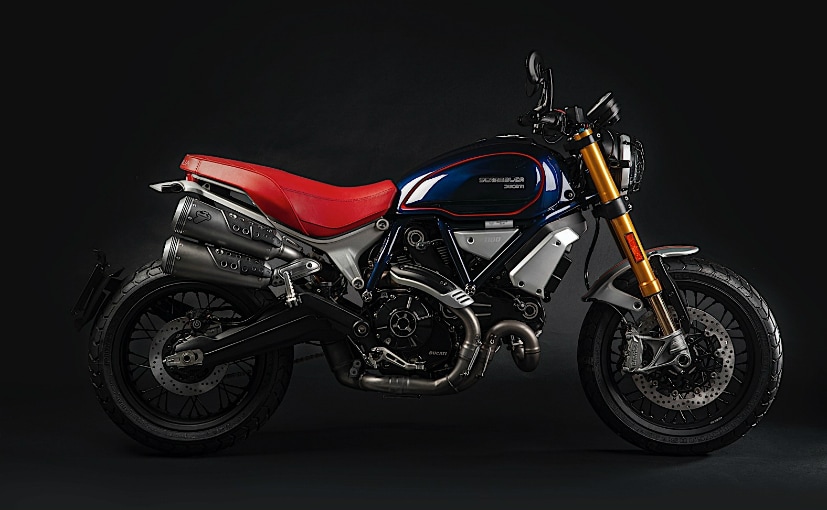 Design highlights include the red leather seat by Poltrona Frau with embroidered Club Italia logo and the metallic blue tank with bright side panels, topped off by the Giugiaro-designed Ducati logo. The frame has the same metallic blue finish as the tank, while the rear subframe comes in natural aluminium. The front and rear fenders are aluminium with a tricolor finish, and the spoked wheels with black rims and spokes complete the bike's eye-catching design. An aluminium plaque on the frame identifies the bike's series number. 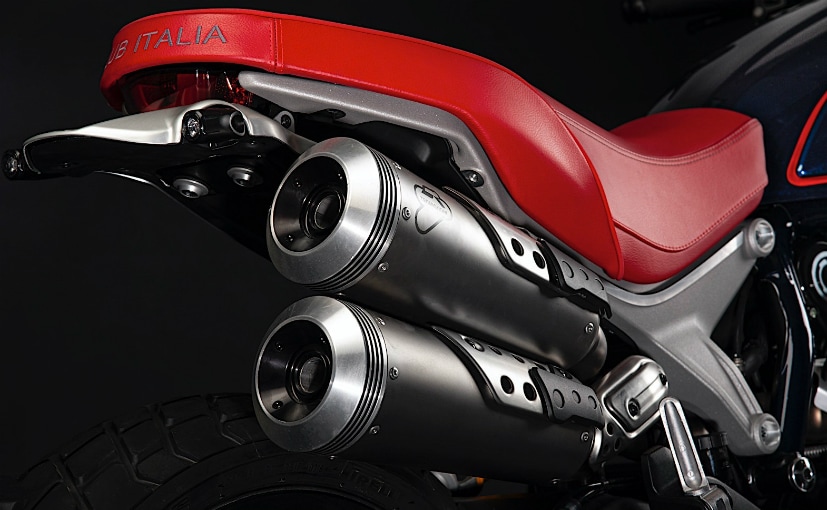 Type-approved Termignoni silencers are used in the limited edition bike

The LED indicator bodies are billet aluminium, as are the brake and clutch levers, brake and clutch fluid reservoir covers, frame plugs and footpegs. A headlight mesh guard gives the front end of the Scrambler Ducati Club Italia an assertive, original feel, while heated grips offer comfort and practicality in cold weather. The Scuderia Club is a sports-cultural organisation, founded in 1989 by vintage/racing car drivers, connoiseurs and enthusiasts. This is not the first time Ducati has worked together with Scuderia Club Italia. In 1995, a limited edition Ducati Monster 900 Club Italia was also introduced and because of just 36 bikes being made, became one of the most coveted Ducatis ever to be made, and now sought after as collector's items. 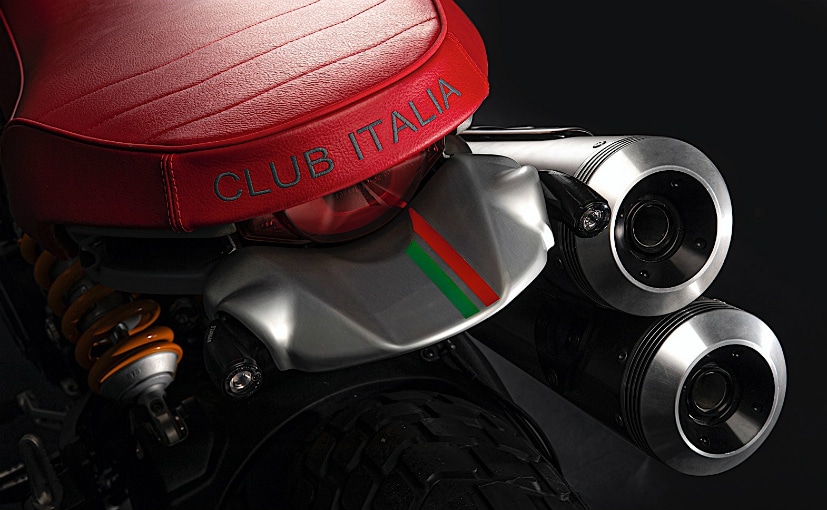 Scuderia Club Italia members were given an exclusive preview of the Scrambler Ducati Club Italian on June 20, with also the first orders of the limited edition bike being accepted on the day, with deliveries beginning in September 2020. Each customer will also receive a certificate of authenticity and a hand-crafted Bell helmet that matches the colour of the bike and features dedicated graphics. For each bike purchased by an association member, 500 Euros will go to the #raceagainstCovid, the Ducati-organised fund-raising scheme designed to help the S. Orsola Hospital in Bologna provide effective convalescence for those recovering from Covid-19.