Lewis Hamilton forged ahead with yet another win, starting from P6 on the grid in the TurkishGP ensuring his 7th F1 driver's title, equalling the record of Michael Schumacher held since 2004. Here's how the race unfolded: 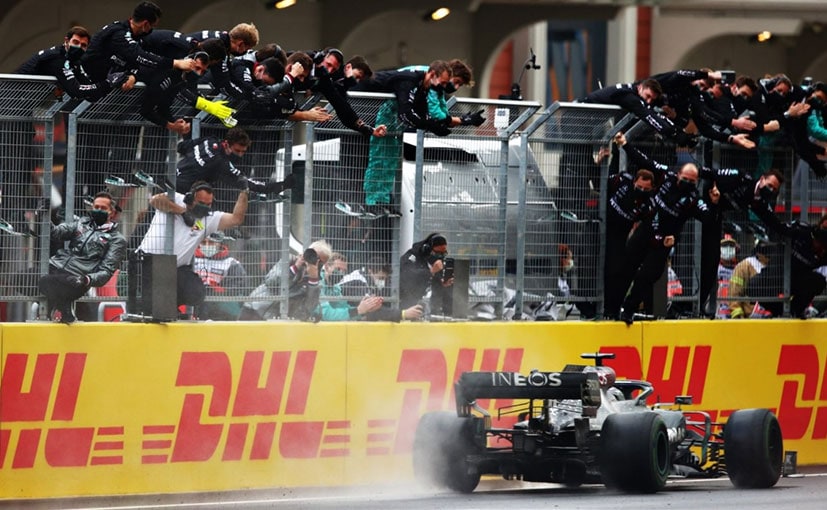 The Turkish GP was arguably the most exciting and unpredictable race of the 2020 F1 season. However, by the time the dust settled, it was again Lewis Hamilton who forged ahead with yet another win which also ensured that he won his 7th Formula 1 driver's title equalling the record that Michael Schumacher had held since 2004. 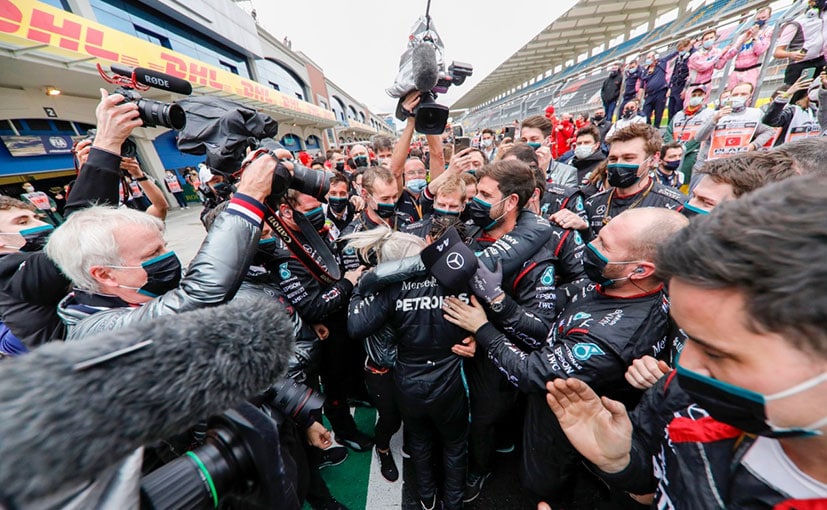 The race was chaotic and unpredictable thanks to the slippery new asphalt and the rain. In the beginning the Racing Point duo of Lance Stroll and Sergio Perez leaping ahead of the pack, followed by Max Verstappen, who suddenly found Ferrari's Sebastian Vettel jump the pack from his P14 qualifying position. Verstappen soon lost patience and an adventurous move on Perez resulted in him spinning and losing his p3 position which elevated Vettel.

As the race progressed, some drivers found it difficult to manage the intermediate tyres which proved dicey on track which had a slippery surface, was half dry in areas which would could graining. Hamilton and Perez for instance just stopped once, however, the Ferrari duo of Vettel and Leclerc found pace by changing tyres twice. By the end of the race, Hamilton had built so much of a lead over Perez that he could've afforded another pitstop and still come in front - but he decided against it. 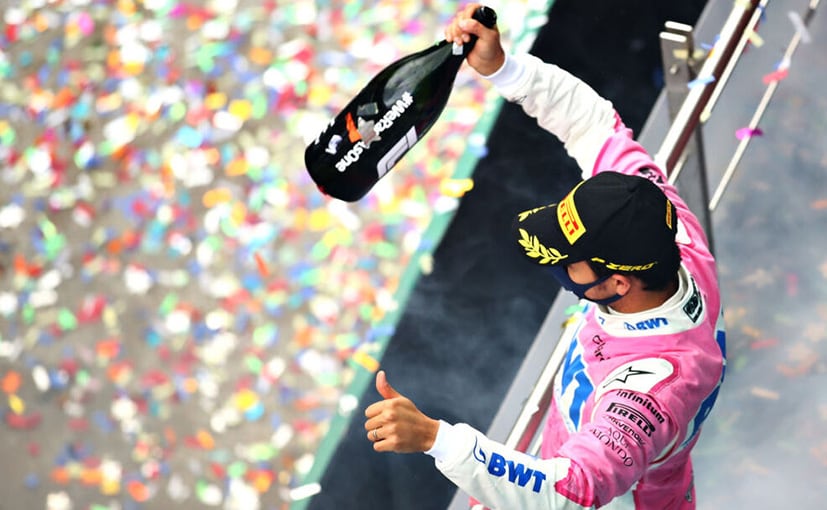 This was the second time Perez came in at P2

Leclerc found so much pace that he even overtook Vettel, but in the last lap, he lost his P3 position to his teammate in a bid to overtake Perez who was struggling on his extremely worn and slippery intermediate tyres. This meant Vettel managed to come P3, marking his first podium finish for the season behind Perez who also finished P2, the best finish of season. This was also the best team performance for Ferrari with both its drivers coming P3 and P4.

Stroll who was leading the race in the first stint went off the boil when the Racing Point pitted for intermediate tyres. This coincided with the time Hamilton, Vettel, Leclerc, Albon all found more pace than him, by an order of magnitude. Verstappen struggled his way to P6 followed by his teammate Albon in P7 in a disappointing race for the Red Bulls who were favourites to win the race. 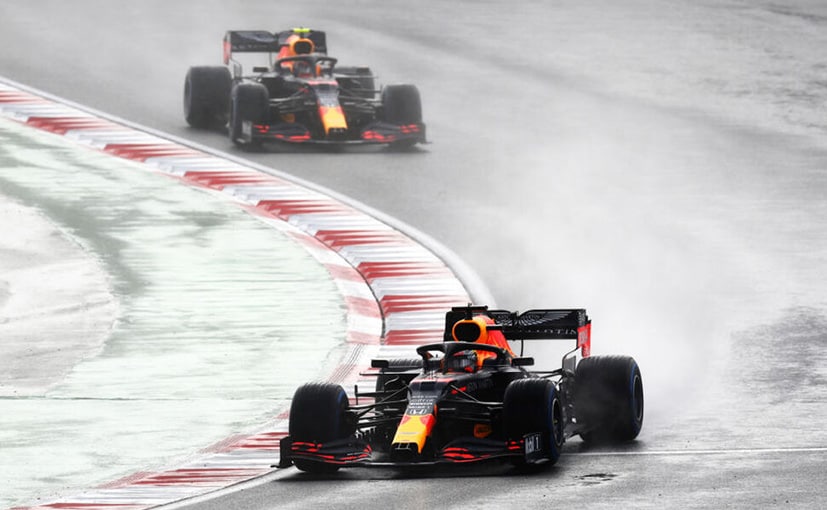 Both the Red Bull cars had a messy race

McLaren's Carlos Sainz Jr managed to overtake both the Red Bulls for P5 which underlined the misery of the Austrian team. His teammate Lando Norris also came P8 in the points, ahead of Stroll who dropped all the way down to P9 from leading the race quite dominantly in the first half of the race.

The Renault drivers - Daniel Ricciardo and Esteban Ocon just managed P10 and P11 which was a disappointing result as that has pulled Ferrari to within 6 points for P5 in the constructor's championship. Renault is at 136 points while Ferrari now has 130 points. Racing Point has consolidated its position as P3 followed by McLaren which has also pulled away from Renault.

Daniil Kvyat and Pierre Gasly in the AlphaTauri managed P12 and P13. Hamilton's team-mate Valtteri Bottas who needed to win the race to keep the driver's championship alive had a rotten race with him spinning often and also being lapped by his teammate. He just managed P14 ahead of cello fin, Kimi Raikkonen who came P15 in the Alpha Romeo. Raikkonen's team-mate Giovinazzi retired joining Nicholas Latifi from Williams and Romain Grosjean in the Haas.

George Russell finished P16 in the Williams while Kevin Magnussen in the lone Haas finished P17, capping up the running order.