When entries finally closed on 2 June 2020, more than 5,000 illustrations had been received from aspiring young designers in over 80 countries. 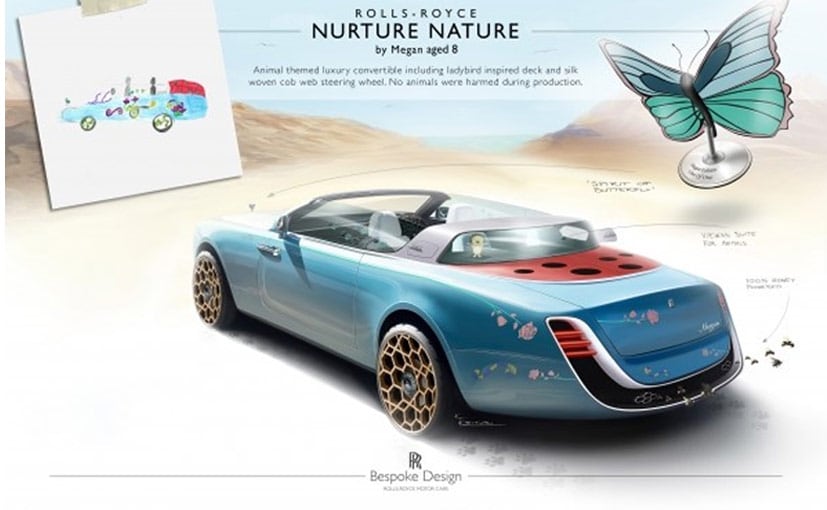 Rolls-Royce Motor Cars has announced the shortlist of its Young Designer Competition, which has attracted more than 5,000 entries from children aged 16 and under in more than 80 countries around the world. Launched in April this year, the competition aimed to stimulate design talent and provide a distraction for children living under Covid-19  lockdown. Originally, the company has set mid-May as the deadline for submissions, but given its popularity, the company had to extend it for another two weeks. When entries finally closed on 2 June 2020, more than 5,000 illustrations had been received from aspiring young designers in over 80 countries. 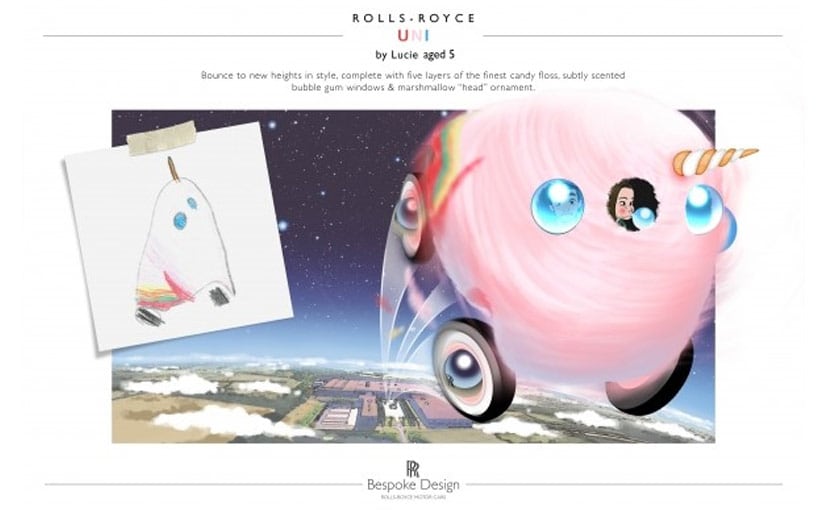 5-year old Lucie, imagined her Rolls-Royce to have 5 layers of the finest candy floss

From these entries, the Rolls-Royce Design team has selected shortlisted entries, which are available to view online and there are various forms that the Rolls-Royce car has taken, right from a unicorn to even a  The overall winner will be announced in mid-July. There have been various entries and we got to see an 8 year old Megan, reimagine a Rolls-Royce donning the Spirit of the Butterfly. It is imagined as a purely-powered by honey car and has a viewing suite for animals and Rolls-Royce did justice to her sketch by turning it into a full-blown rendering of the luxurious convertible. 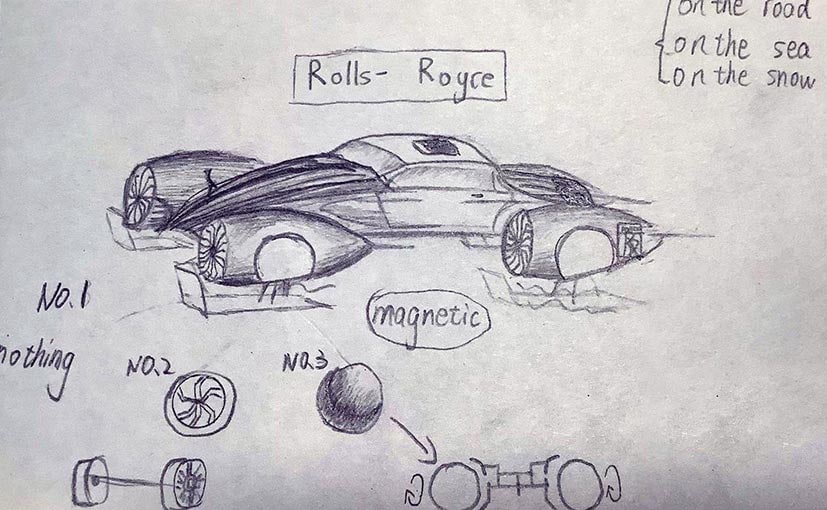 Gavin Hartley, Head of Bespoke Design, Rolls-Royce Motor Cars, who will be selecting the winners together with members of his team, said, “We've been absolutely overwhelmed by the international response to our Young Designer Competition. And it's not just the number of entries that has impressed us - the quality of the children's designs is staggering, showing incredible imagination, creativity and flair. We wanted to give children the chance to let their imagination flow freely – it's clearly struck a chord. They've responded magnificently – and given us an extremely difficult task in selecting our shortlist and winner!” 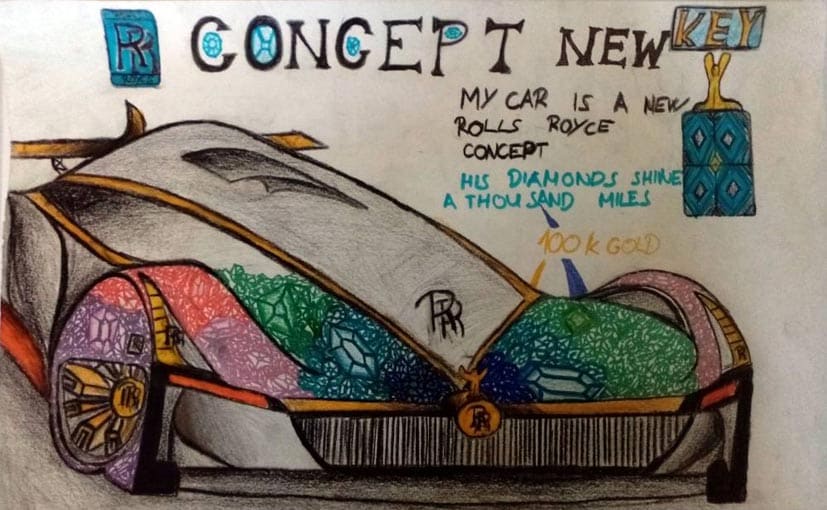 Many an entry have been shortlisted, some of which can be described as cute, while the others might make Rolls-Royce think about embracing future technologies like magnetic levitation and some even saw a car studded with gold and diamonds. As well as giving children a way to express their visions, this competition has really been an eye opener for the design team as well.