Spyshots of the Husqvarna Norden 901 are doing the rounds on the internet. Reports suggest that the Norden 901 will make its debut towards the end of 2021. 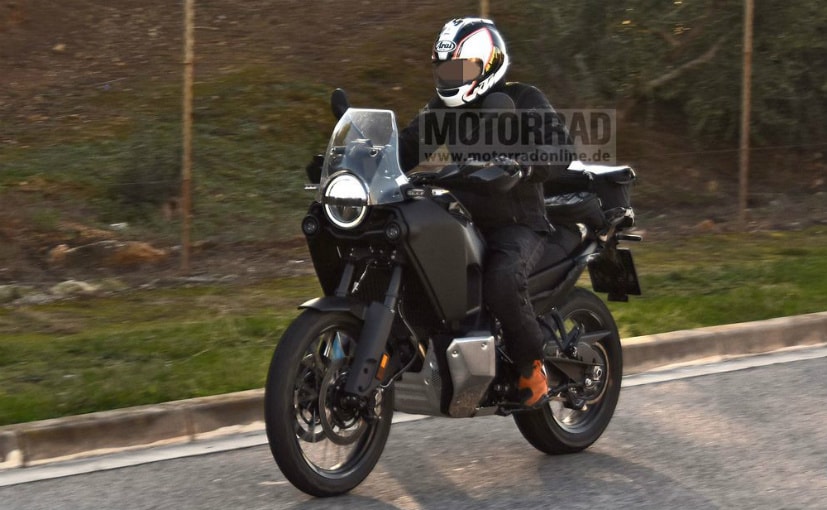 The Husqvarna Norden 901 is a neo-retro adventure motorcycle in the making. First showcased as a concept at EICMA 2019, Husqvarna said that the Norden 901 promised 'class-leading lightness and power delivery'. The company also said that the Norden 901 will be versatile and accessible. The spyshots of the Norden shown here reveal that the production model is not very far from the concept model in terms of overall design. In fact, the test mule does look ready for manufacturing. 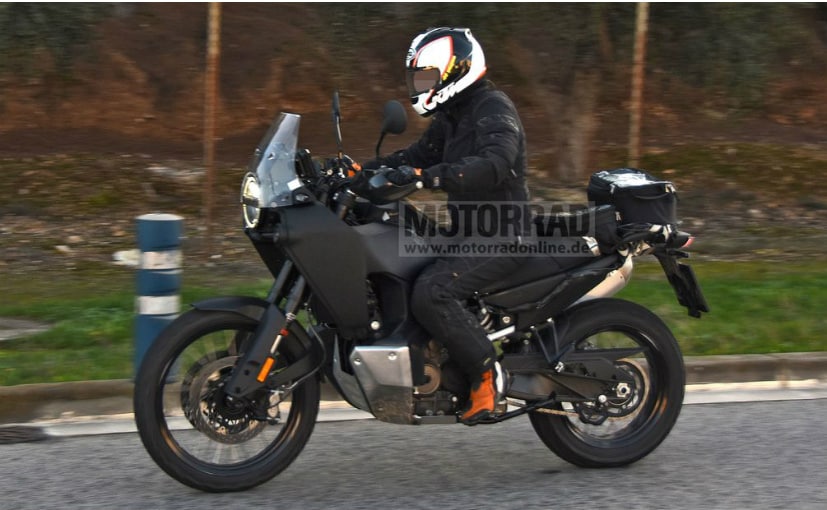 (The Norden 901 is likely to get the same engine as the KTM 890 Adventure, but in a different state of tune)

In terms of styling, it is more or less the same as the design study revealed at EICMA 2019. The round LED headlight and the single-piece body panels along with the protection for the engine, all the elements are seen on the test mule. Under the skin, the Norden 901 will feature the 890 cc, parallel-twin engine from the 890 Adventure. The motor makes 103 bhp at 8,000 rpm and 100 Nm of peak torque at 6,500 rpm. Husqvarna says that the engine has been tuned for both on-road refinement, as well as off-road capability. 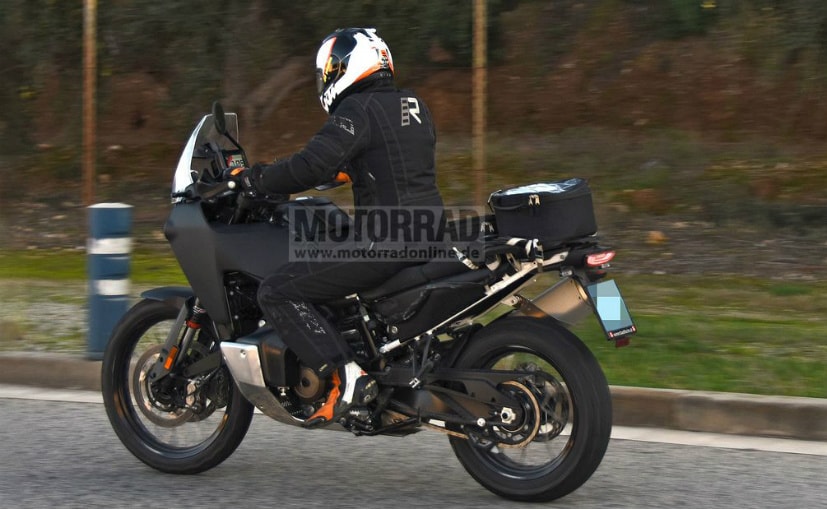 The Husqvarna Norden will come with a 21-inch front wheel and 18-inch rear wheel, and suspension duties will be handled by WP. Other components shown on the concept like the double-sided swingarm, chain drive, hand guards, and bash plate are expected to make it to the production model. Reports suggest that the Norden 901 will make its debut towards the end of 2021. Will it come to India? It is too early to say, but the Norden 901, as tempting as it may look, is unlikely to be launched in India.