This is the first of 20 to 25 quick interchange stations (QIS) that will be installed in select cities across India. 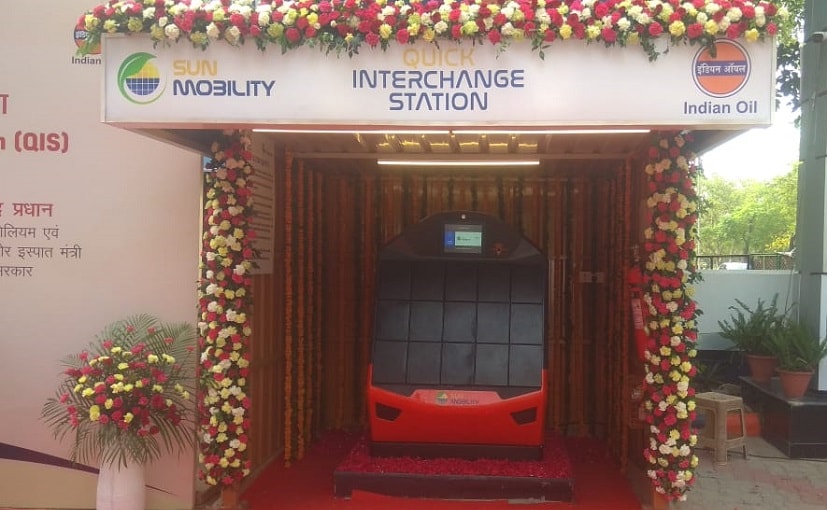 View Photos
The charging station has 14 batteries, a card swiping facility and an electricity sub-meter

State run oil firm Indian Oil Corporation (IOC) has launched a battery swapping facility for quick charging of electric vehicles. The first such Quick Interchange Service (QIS) was inaugurated at an Indian Oil pump in Chandigarh. The company's battery swapping model is initially targeted at the commercial segment, i.e. electric autos, rickshaws and electric 2-wheelers where the electric vehicle is factory fitted or retrofitted. Up to 20 to 25 such quick interchange stations will be installed in select cities across India. 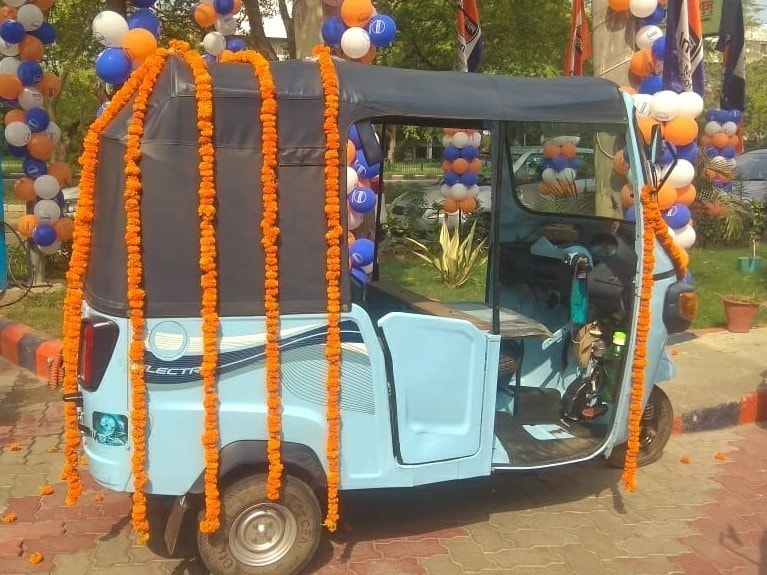 Battery swapping model is initially targeted at the commercial segment

Indian Oil has signed a non-binding strategic co-operation document with Sun Mobility to explore setting up of energy infrastructure for electric vehicles through battery swapping model across Indian Oil retail outlets in New Delhi, Gurugram, Bengaluru, Chandigarh and Amritsar. These stations will have 14 batteries, a touch screen for swapping preloaded cards and an electricity sub meter. Battery swapping technology offers the best alternative to slow charging and helps the drivers to make optimum use of the operational hours.

Excited to see our 1st #QuickInterchangeStation live at the @IndianOilcl pump at Chandigarh. We have been working with IOCL, tirelessly, for the past several months to expand our energy infrastructure network nationwide & bring #batteryswapping to every city! #FutureOfMobility pic.twitter.com/YhqQeDCPzY

India's Petroleum Minister Dharmendra Pradhan said, "We must leverage modern technology to enable electric mobility to scale up in India and make it more affordable." He added that the Oil marketing companies, in future, will not confine themselves to selling conventional fossil fuels, but also retail CNG, LNG, PNG and also act as the electric charging stations. According to the Govt., it is also targeting 20 per cent ethanol blending, producing Biodiesel from used cooking oil and widespread use of solar energy for mobility purposes.