The Jeep Compass facelift, spotted in Brazil, is seen with a set of new all-black alloy wheels, a new floating touchscreen display and LED headlamps. 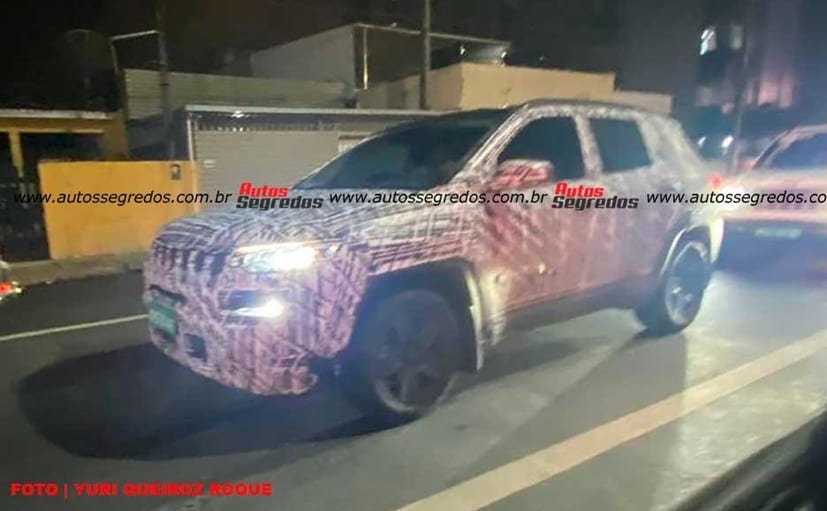 View Photos
Notably, we are seeing a set of new full LED headlamps, along with new LED on the Compass facelift

The Jeep Compass facelift has been spotted testing in Brazil, and this time around, we get to see some of the new features that the SUV is set to come with. Notably, we get to see a set of new full LED headlights, instead of bi-xenon projector beams, along with new LED daytime running lamps. The SUV is also seen with a set of new all-black alloy wheels, however, we have already seen a test mule in India with different, and nicer multi-spoke alloy wheels. 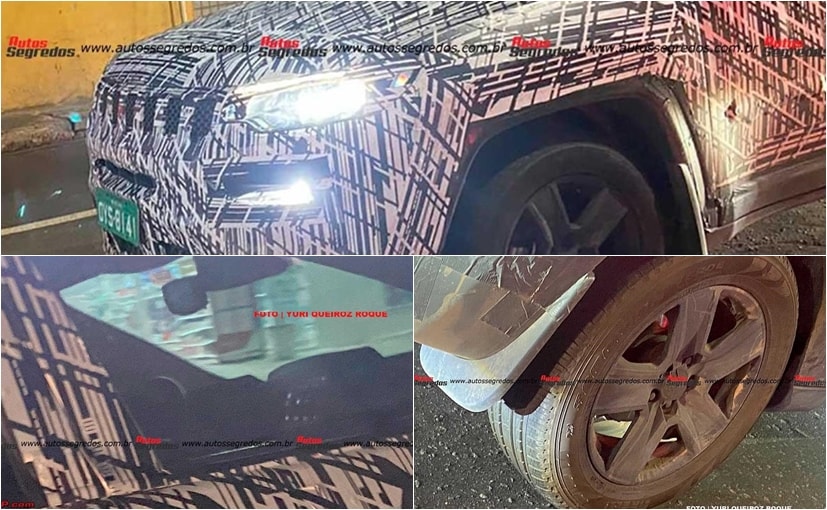 Furthermore, we get a glimpse of a new floating touchscreen display inside the cabin as well, which is likely to come with a new infotainment system with Apple CarPlay and Android Auto. Also, given the current trend, Jeep India might even introduce connected technology, however, currently, there's no confirmation on whether this India-spec Compass will get this or not. In fact, the US-spec Compass facelift gets an 8.4-inch touchscreen infotainment system that now features FCA's latest UConnect 5 software and is compatible with Amazon Alexa.

Also Read: Jeep Subcompact SUV In The Works For The Indian Market 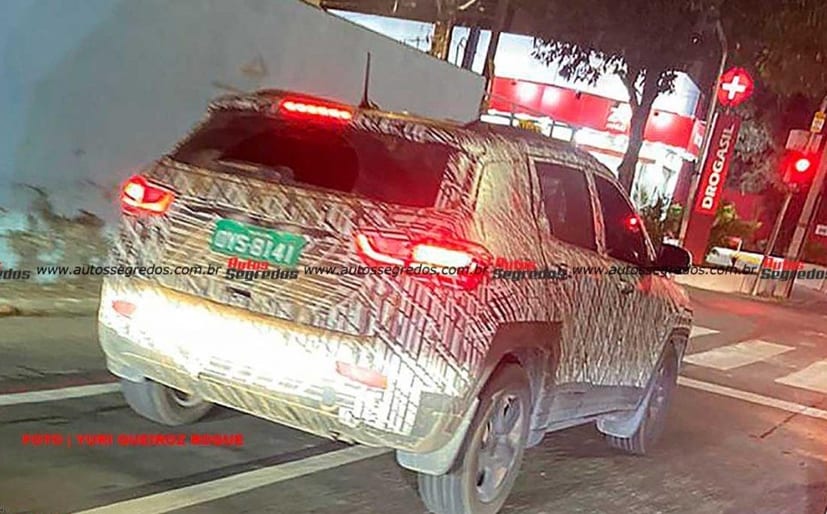 Powertrain wise, Jeep has introduced a new 1.3-litre, turbocharged petrol engine, with a plug-in hybrid (PHEV) variant, and a 1.6-litre, Multi-jet diesel engine for the US market. However, we expect the India-spec model to continue using the existing 170 bhp 2.0-litre Multi-jet diesel engine, and the 160 bhp 1.4-litre Multi-air petrol motor. Both have been quite well-received in India and are already BS6 compliant. Both engines also come with a 6-speed manual gearbox, along with an options 9-speed torque converter and 7-speed DCT automatic, respectively.