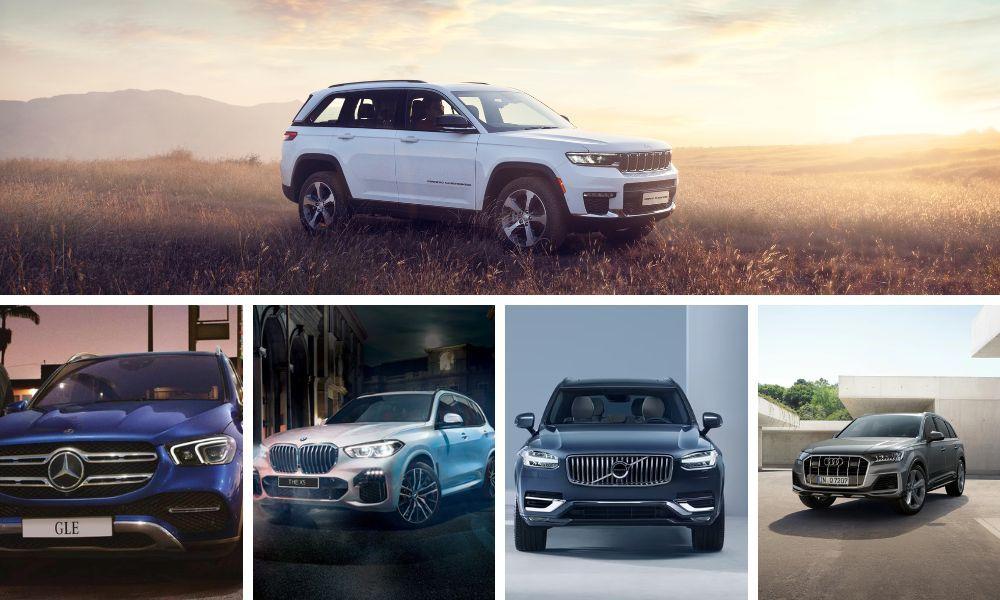 Jeep India has revived the Grand Cherokee moniker in India as the new generation flagship SUV lands in India via the Completely Knocked Down (CKD) route, to be assembled at the company’s Ranjangaon plant in Maharashtra. Priced at Rs. 77.50 lakh (ex-showroom), the new Jeep Grand Cherokee rivals premium full-sized SUVs such as the Audi Q7, Mercedes-Benz GLE, BMW X5, and Volvo XC90 in the country. Available in a single, fully loaded, Limited trim, we compare the price of the newest American with its immediate rivals. 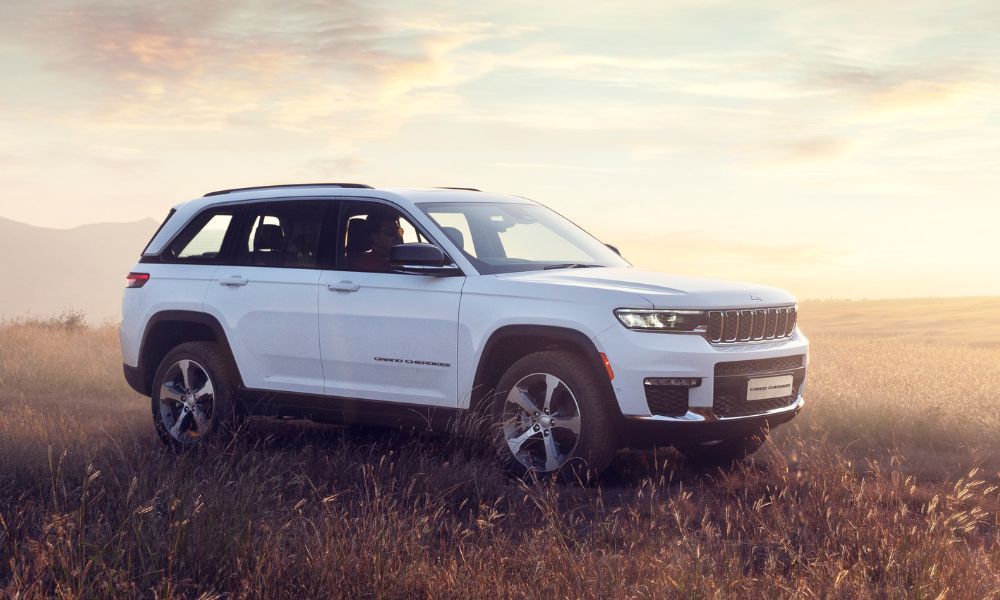 The Jeep Grand Cherokee employs a 2.0-litre, turbocharged, 4-cylinder petrol engine that develops 269 bhp and 400 Nm of peak torque coupled to an 8-speed automatic transmission. The Audi Q7 on the other hand is powered by a 3.0-litre, V6, TFSI petrol engine with a 48V mild-hybrid system that produces 335 bhp and 500 Nm of torque, paired to an 8-speed automatic transmission sending power to all four wheels via the signature Quattro all-wheel-drive system.

The BMW X5 is offered in both petrol and diesel engine options, separated by four trims starting with the entry-level X5 xDrive40i SportX Plus, xDrive30d SportX Plus, xDrive30d Luxury Line and xDrive40i M Sport. The X5 xDrive40i trims get a 2,998 cc straight-six turbocharged petrol engine that produces 335 bhp and 650 Nm of torque. Then, there is a 2,993 cc straight-six turbocharged diesel capable of generating 262 bhp and 620 Nm of torque. Both motors are coupled to an 8-speed automatic transmission.

Last but not least is Volvo’s flagship SUV in India, the Volvo XC90 powered by a 2.0-litre mild-hybrid powertrain tuned to develop 300 bhp and 420 Nm of torque, mated to an 8-speed automatic transmission that transmits the power to all four wheels. 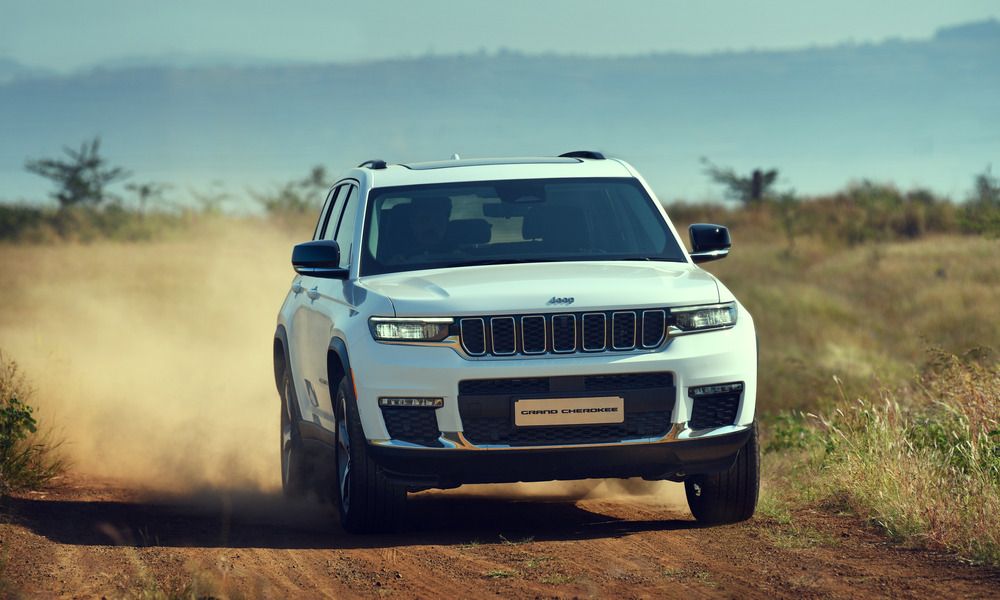 Jeep India To Increase Prices Of Its SUVs From January 1, 2023 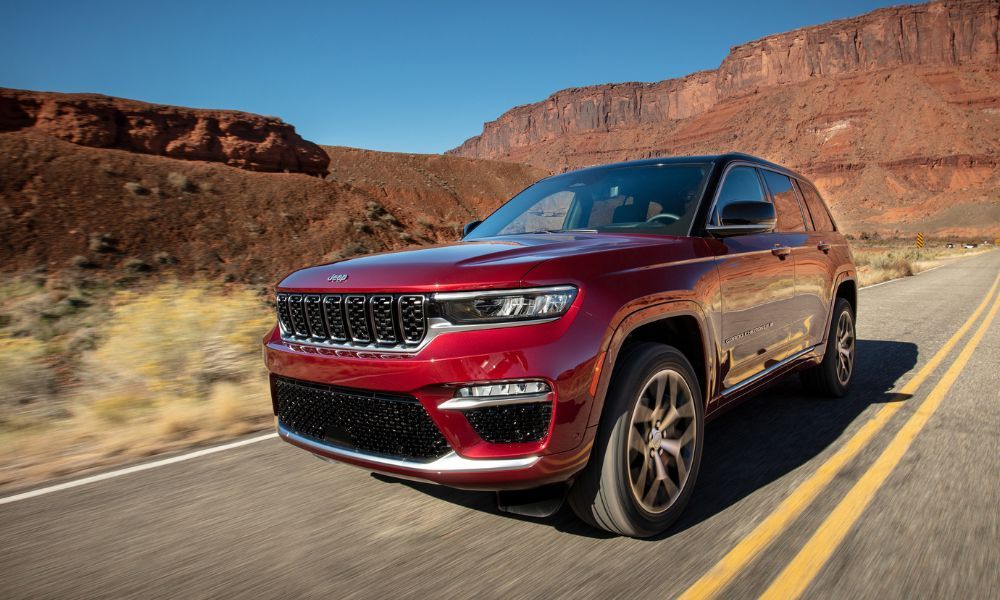 2022 Jeep Grand Cherokee: All You Need To Know 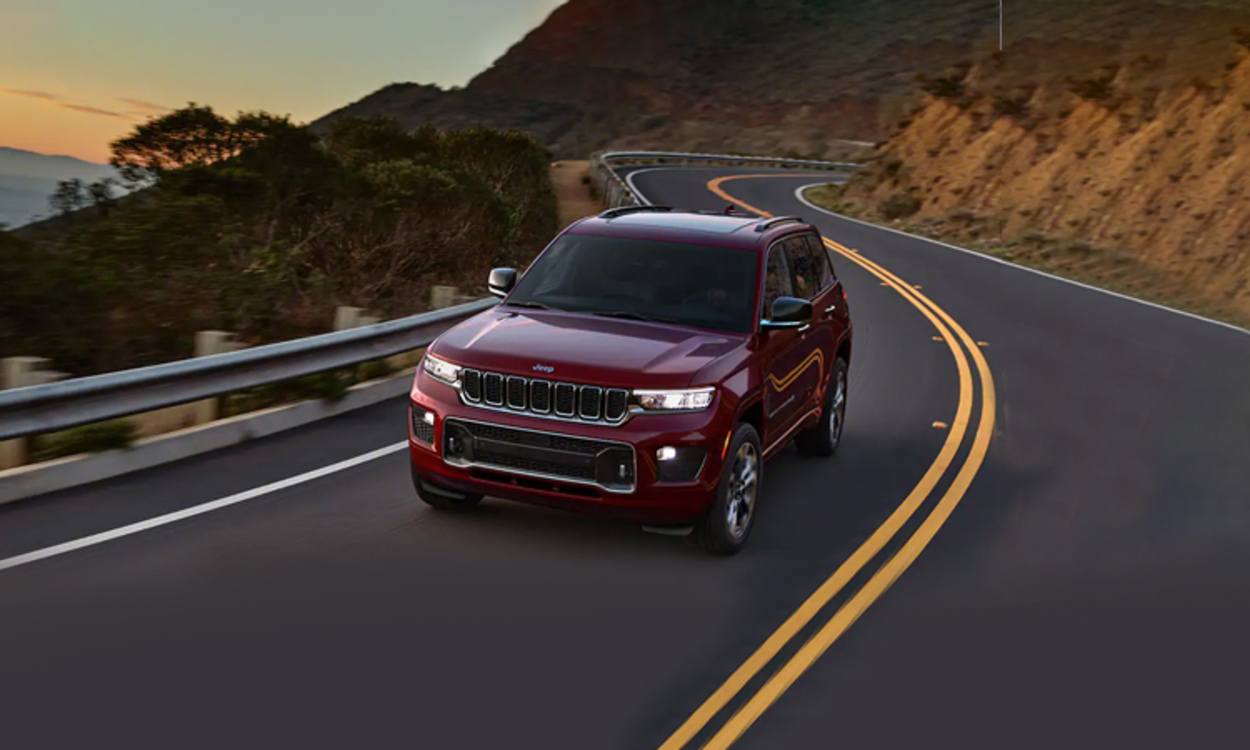