Actor Sonam Kapoor posted a video about co-star Dulquer Salmaan using his phone while driving. While Mumbai Police rightly called out the actors for breaking traffic rules, there was more to the tale than what meets the eye. 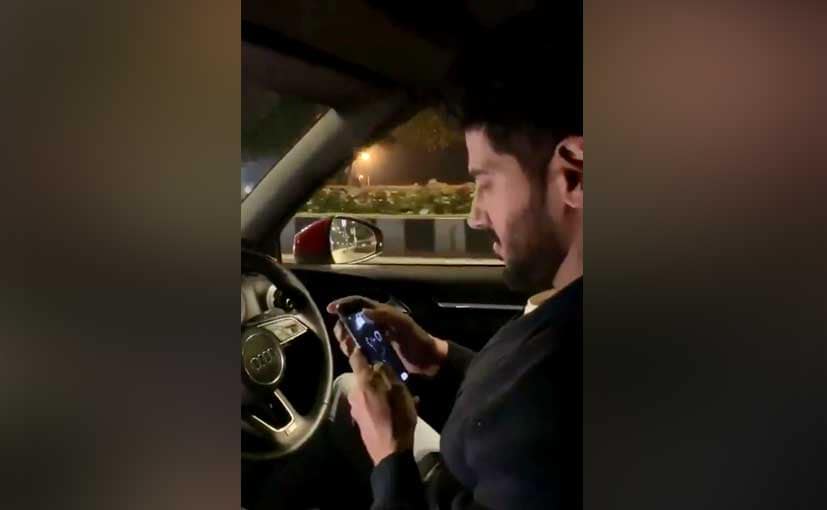 View Photos
The video was instagrammed by actor Sonam Kapoor

After Mumbai Police showed its disapproval of Dulquer Salmaan trying out "weirdo" stunts on roads, the popular actor said they should have checked some facts first and called himself "not a weirdo". A video was posted by Mumbai Police's Twitter handle on Friday. In the video, Dulquer is seen checking his phone while sitting behind the wheel. Actress Sonam Kapoor can be heard calling him "weirdo".

We agree with you @sonamakapoor ! Quite a ‘weirdo' to try such stunts while driving and putting the lives of fellow drivers at risk too! We don't quite approve of these even in ‘reel' life. #NotDone pic.twitter.com/WWoDz16hKj

The caption read: "We agree with you Sonam Kapoor. Quite a 'weirdo' to try such stunts while driving and putting the lives of fellow drivers at risk too! We don't quite approve of these even in 'reel' life. #NotDone."

For us, No Mumbaikar is ‘regular' they are all ‘special'! And we are equally concerned about them all. Glad to know your safety wasn't ‘rigged'. @sonamakapoor https://t.co/PyYbB23OZs

Sonam was quick to defend her The Zoya Factor co-star Dulquer Salmaan and wrote: "We weren't driving. We were rigged on a truck, but I'm glad you guys are concerned. I hope and I know you show the same interest in regular folk as well. Thanks for taking care! #Reelvsreal."

We appreciate that you weren't indulging in any irresponsible violation. A good example for all your fans @dulQuer https://t.co/7nmjHYZGeu

The Kali star also tweeted: "Would appreciate it if you had checked some facts before tweeting this. In fact, Mumbai Police helped us with permissions and traffic management during the shoot and were present the whole time. #notaweirdo."