The 2020 Land Rover Defender scored 85 per cent for adult and child occupant protection, 79 per cent in for safety assist and achieved a 71 per cent score for vulnerable road users, all of which helped the luxury off-roader to achieve a full five-star rating. 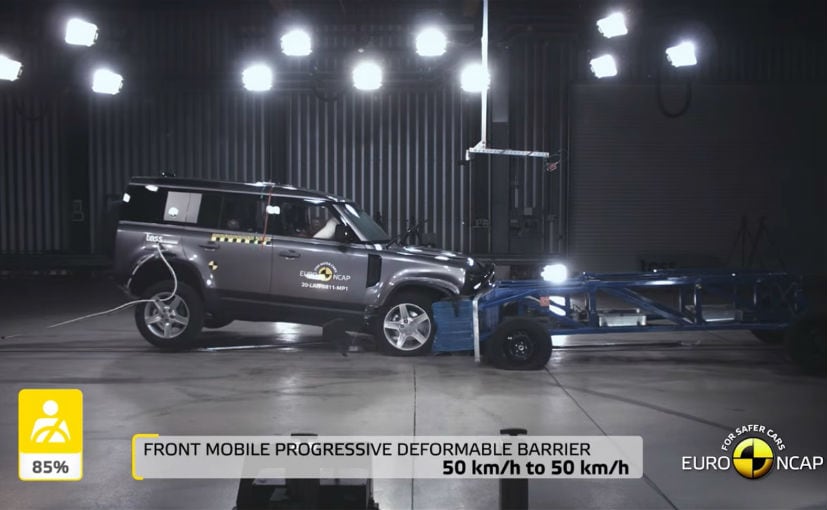 The all-new Land Rover Defender has earned a five-star safety rating in the latest round of the Euro NCAP crash test results. The new luxury SUV scored 85 per cent for Adult and Child Occupant protection, 79 per cent in for Safety Assist and achieved a 71 per cent score for Vulnerable Road Users, all of which helped the luxury off-roader to achieve a full five-star rating. The Euro NCAP tested the right-hand drive Land Rover Defender 110 2.0 Diesel SE variant. The results also apply to India, as the model arrives as a Completely Built Unit (CBU). 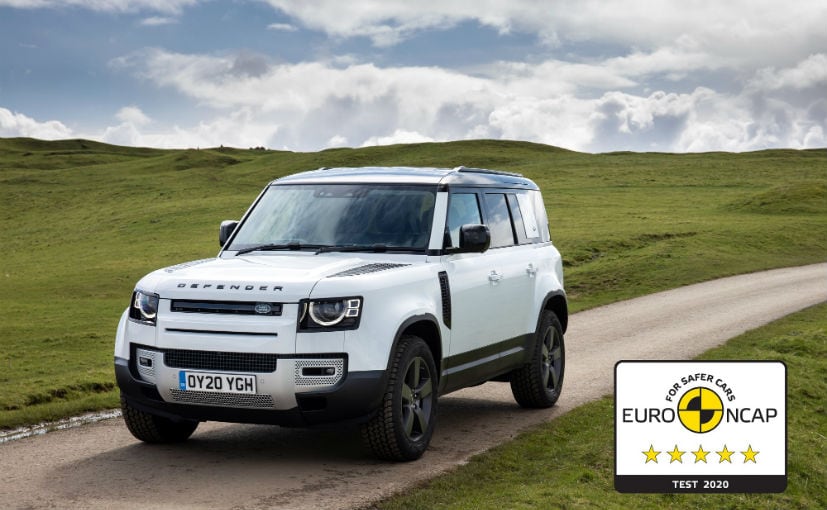 Speaking on adding a new feather to the Defender's cap, Nick Rogers, Executive Director, Product Engineering, Jaguar Land Rover, said, "From the moment we started creating the New Defender, we were obsessed with functional safety and the protection of both the occupants and other road users. We set out to make a vehicle that is the most capable and durable Land Rover ever made, with safety features that truly enhance the driver's experience. It's an incredible honour to receive this recognition from Euro NCAP who have endorsed our New Defender with their five-star rating."

In its report, the Euro NCAP concluded that the Defender's passenger compartment remained stable in the offset frontal test. Dummy readings of femur forces stiff structures in the dashboard and the score for protection of this body area was penalised. The vehicle's high mass and front structure makes it an aggressive partner to a colliding vehicle and the score for the frontal offset test was reduced as a consequence. 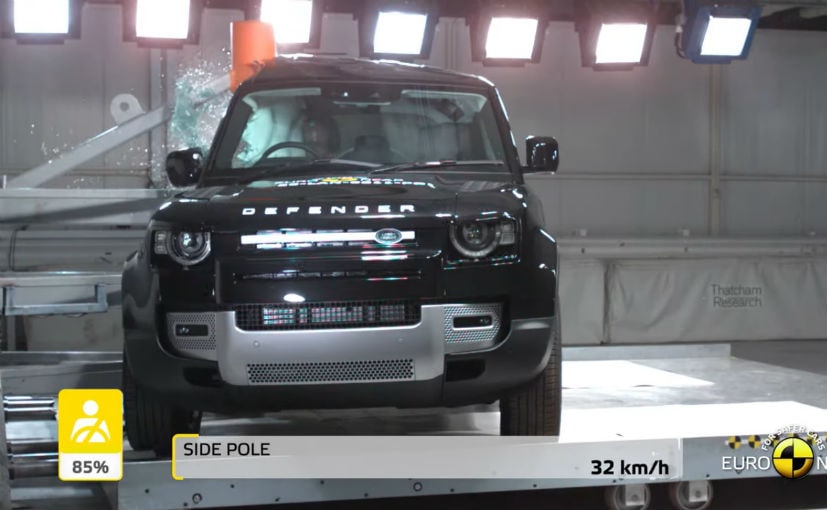 The new Land Rover Defender also showed adequate or protection for all critical body regions in the full-width and rigid wall test, except for the chest of the rear passenger that was rated as marginal. The side barrier test that included a collision by another vehicle and a more severe pole test, concluded with good all-round protection as the SUV scored maximum points. Other bits included good protection against whiplash, while the car's multi-collision braking system prevents secondary impacts. The test results also pointed out that the new Defender is not equipped with a counter-measure to prevent occupant to occupant contact in side impacts. 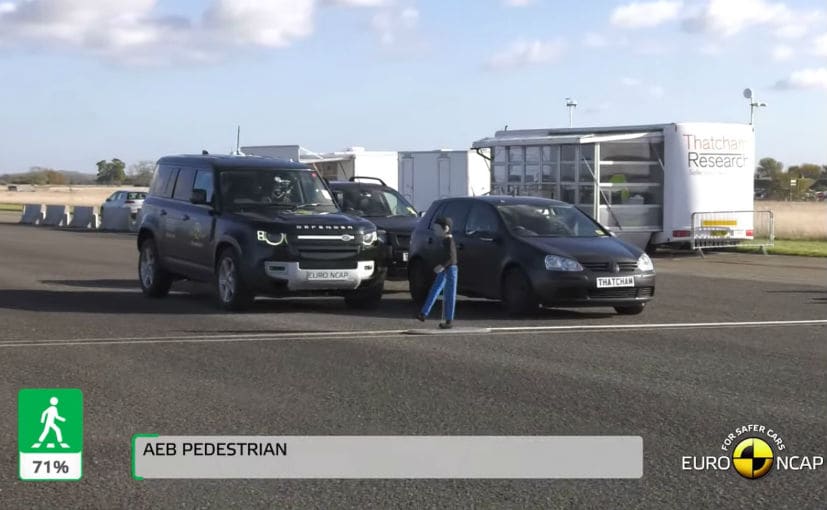 The Land Rover Defender scored 71 per cent for pedestrian protection

The 2020 Land Rover Defender is offered in two versions - 90 and 110. There's also the hard-top commercial variant on sale internationally. India currently gets the Defender 110 with the 2.0-litre petrol engine, while the Defender 90 three-door will be introduced sometime next year. The diesel version and possibly the plug-in hybrid too will also arrive in 2021.