The Duke of Sussex and his wife Meghan took their first drive as the new 'Royal Couple' post their 'Royal Wedding' in an all electric Jaguar E-Type Zero Concept. Prince Harry and Meghan Markel tied the knot at the 'Royal Wedding' yesterday and while the world 'ooohed and aahed' at the handsome Prince in his Army regalia and the beautiful bride in her white Givenchy dress, we here at Car And Bike swooned over something completely different. And yet, quintessentially British. Post the wedding ceremony, the 'Royal Couple' made their way from Windsor Castle to Frogmore House on the Windsor Estate. And in true British style, the now Duke of Sussex drove his wife Meghan in the only car appropriate for this 'first journey as man and wife', a Jaguar E-Type. But it isn't just a regular E-Type. The car chosen for this short drive is the new Jaguar E-Type Zero Concept, which although still has the appeal of the classic Jag on the outside, is actually a brand new electric car under the skin. 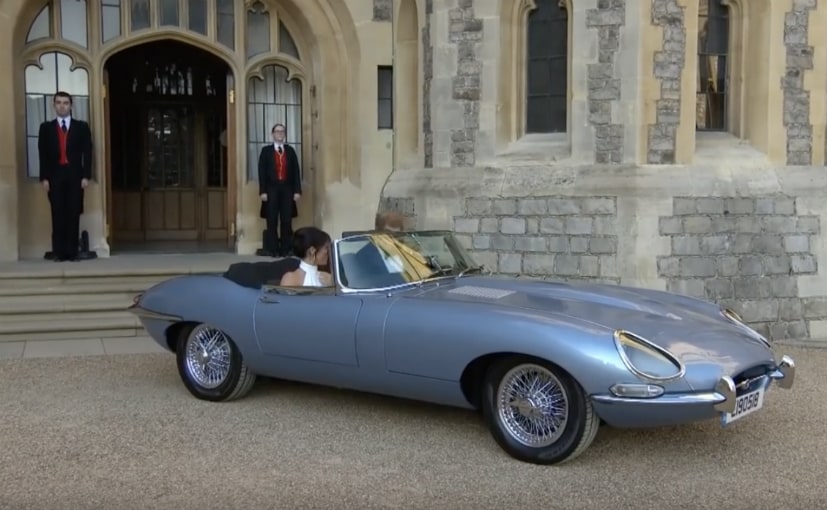 And it is not just the car and its Britishness that is significant here. While the British Royal family has always had a soft spot for Jaguars and Land Rovers, afterall, the Queen still occasionally drives herself too, choosing an electric car also has a deeper message attached. It sets an example to showcase the fact that electric cars, in all shapes, forms, body styles and sizes are here to stay and are finally 'COOL'. Afterall, if the Duke of Sussex sees it fit to drive one, us commoners should surely take note.

While the absolutely sexy exterior stays true to its roots, with the long accentuated body and the low slung shoulder line and spoked wheels, under the hood, the car gets a 40 kWh battery, a 295 bhp motor and a range of 270 kms. The Jaguar E-Type is known to be the most beautiful car in the world, not just according to us or common consensus but even according to the legendary 'Enzo Ferrari'. 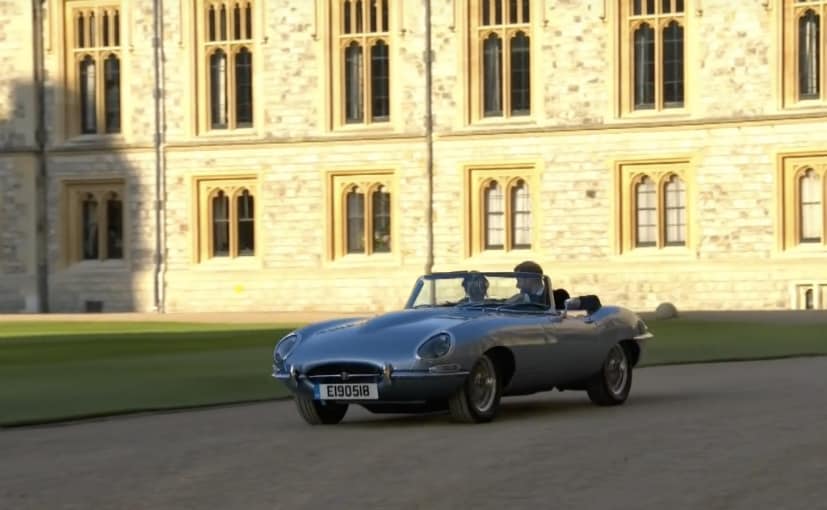 The Zero Concept was made by Jaguar Land Rover Classic and was showcased last year. The electric powerplant on the car is exactly where the original engine was and is completely interchangeable allowing the original engine of the car to be installed back in if the owner so desires. Not only does the electric E-Type offer more reliability, it is also better in terms of performance and is lighter as compared to the Series 1 that it is based on. The Jaguar E-Type Zero Concept also borrows a lot of components from the I-Pace all-electric SUV that was launched at the Geneva Motor Show earlier this year. The car still runs its original steering box, suspension, brakes, etc and drives and handles very similarly to an actual original E-Type essentially offering the best of both worlds.