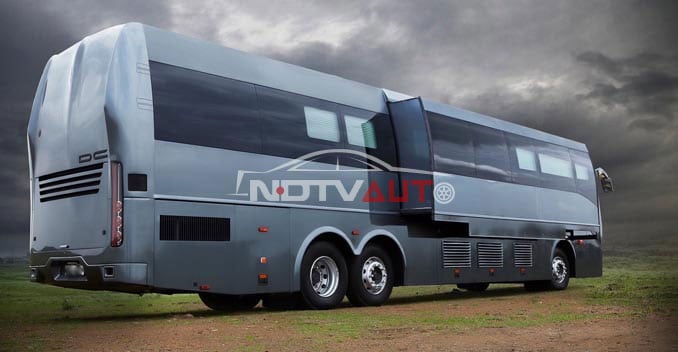 More often than not, civilians find themselves intrigued by what celebrities drive around in, or what they're driven around in. There are so many people out there who dream about sitting next to them, and perhaps chatting with them about their life and films. However, it's an automotive enthusiast who dreams of sitting behind the wheel of their very expensive cars and driving it around, sans the actor of course.

That said, you have to hand it to them for they strive hard to make mere mortals like us happy. So they deserve every bit of the applause - they've earned not only our appreciation, but also the fancy wheels! And they seem to be as smitten with their vehicles as much as we are intrigued by them. There are the likes of John Abraham, Sanjay Dutt, and Salman Khan who can be deemed genuine automobile connoisseurs. But when you mention Shah Rukh Khan; he's more like a collector.

He loves his cars and since he spends a whole lot of time traveling, he loves his vanity vans just as much. We know this because we have photos to show you what his latest vanity van looks like. Let's start with what it is - a B9R Volvo bus that you'd have spotted frequently during your inter-city commute.

Also Check Out the Image Gallery of the Vanity Van

The bus has been transformed in a way that it looks like a home on the inside, and it's been done by none other than the DC Design studio. The brief, we hear, for this big bus was a simple one - sci-fi - and from what we can see, it's exactly that.

The lights, the ambience, all scream futuristic and somewhere down the line you can't help but think about the movie Tron. The effect that you see on the floor is thanks to a glass floor which has been equipped with LED lights. In fact, things are a bit topsy-turvy here as the floor is glass and the roof is wooden, which seems like an interesting idea.

The bus is 14 meters long and has an overall space of 280 sq.ft. The bus essentially houses 4 rooms - a meeting room, bedroom, toilet, and make-up & changing room. To make it even more striking, DC Designs have taken it a step further by adding the provision to expand one room, thanks to a hydraulic system. This, in turn, increases the space by 80 sq.ft. - taking the total area on offer inside the bus to 360 sq.ft.

So, that's about the space, but does it have the gadgets to take things to another level? Yes, it does. It has Wi-Fi and Apple TV in all the rooms, three 4K television sets with satellite TV, and a top-notch sound system that takes your breath away. We don't know how many speakers there are, but the total output of the sound stands at 4000 Watts.

Shah Rukh's vanity van also gets touch-control for the entire lighting system, as well as heating and cooling. Then there is a kitchenette with provisions for tea and coffee, and is also equipped with a microwave.

SRK has already taken delivery of the van, which is estimated to have cost him between ₹ 3-4 crore. We tried to get in touch with people at DC Designs to ask them about this van, but couldn't get through. However, we do know that they've completed the project in a matter of just 45 days.

This indeed is a technological marvel, and Mr. Chhabria seems to have left no stone unturned to make it as lavish, flamboyant and sci-fi as it can be.