Neither the Tesla nor the Falcon Heavy are in communication with Earth but this path was calculated by Jonathan McDowell. Remember the time when Elon Musk sent a Tesla Roadster to outer space on a SpaceX rocket with a mannequin dubbed the starman? Well, it turns out 32 months on, that very Roadster has just flown by Mars.

To starman, the red planet would've looked like the 1/10th size of the moon the way it appears to humans from planet earth.

SpaceX is the rocket company which was founded by Elon Musk before he joined the electric car company. The Tesla Roadster was aboard the Falcon Heavy rocket that was launched in February 2018.

The Tesla CEO founded SpaceX before he joined the car company

The car also carried a hot wheels model of itself with a miniature Starman. In the storage, the car holds a copy of "the foundation" novel by Isaac Asimov and "the hitchhiker's guide to the galaxy" by Douglas Adams with a towel and a sign that says " don't panic". The car's speakers even played David Bowie hit "Space Oddity".

After the rocket reached the second stage, it has been gliding with no fuel propelling it and the Tesla being perched on top of it. The rocket was supposed to slip into a circular orbit between Mars and the sun, but the mission overshot and ended up on an elliptical path. This took it past the originally envisioned Martian orbit towards an asteroid belt. 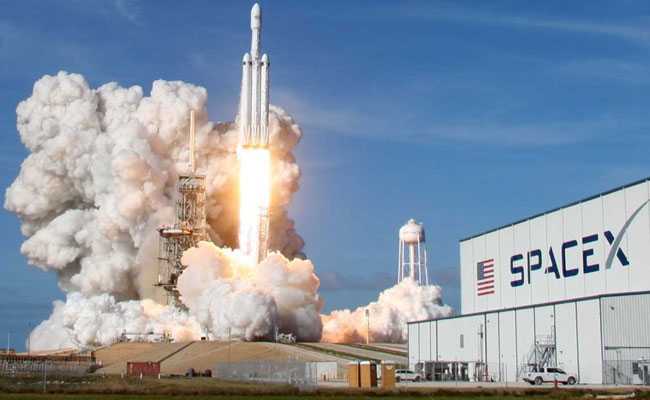 Neither the Tesla nor the Falcon Heavy are in communication with Earth but this path was calculated by Jonathan McDowell, an astronomer at the Harvard-Smithsonian centre.

It has been calculated that the Tesla Roadster may crash into Earth, Venus or the Sun sometime in the next 10 million years.

Skoda Karoq Almost Sold Out In India
6 hours ago

Triumph Tiger 850 Sport Under Development; Launch Likely In 2021
2 hours ago

F1: Pierre Gasly Will Continue To Drive For AlphaTauri In 2021 Season
15 minutes ago

Indian Motorcycle Wins King Of The Baggers Race
3 hours ago

Comma.AI CEO Believes Tesla Should Sell Its Self Driving Chips
4 hours ago

Triumph Tiger 850 Sport Under Development; Launch Likely In 2021
5 hours ago