British motorcycle brand Triumph Motorcycles has introduced a new two-wheeler, the iconic brand's first electric bicycle. The Triumph Trekker GT is a road-oriented commuter e-bike, and is the first Triumph branded bicycle since the mid 1970s. Planned for immediate release in the UK, the Trekker GT is priced at GBP 2,950 (around ₹ 2.82 lakh under current exchange rates), and will be available in the US, as well as other European markets, but will not include Germany and Austria. Availability in Asia-Pacific markets has yet to be decided. 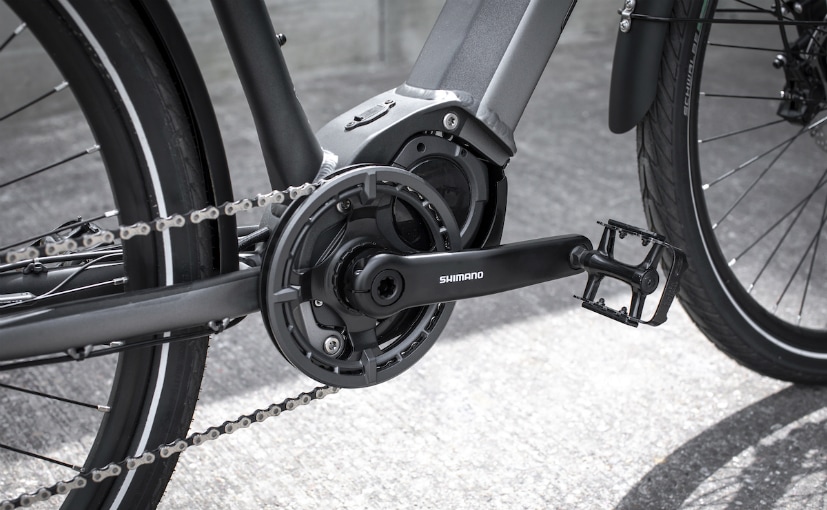 The Triumph Trekker GT is built around an aluminium frame and an electric motor, battery, and brakes from Shimano

The Trekker GT is built around an aluminium frame, fitted with a Shimano Steps E6100 motor capable of putting out 250 w (around 0.3 bhp) of assistance. Power is provided by an integrated and lockable Shimano E8035 504 Wh battery which is installed within the Trekker's frame downtube. The battery is capable of providing claimed range of 150 km on a single charge, on the lowest power mode under ideal conditions. The motor also provides around 60 Nm of torque. The total electric drivetrain weighs less than 3 kg, and overall the bike weighs about 24 kg in the medium frame size. 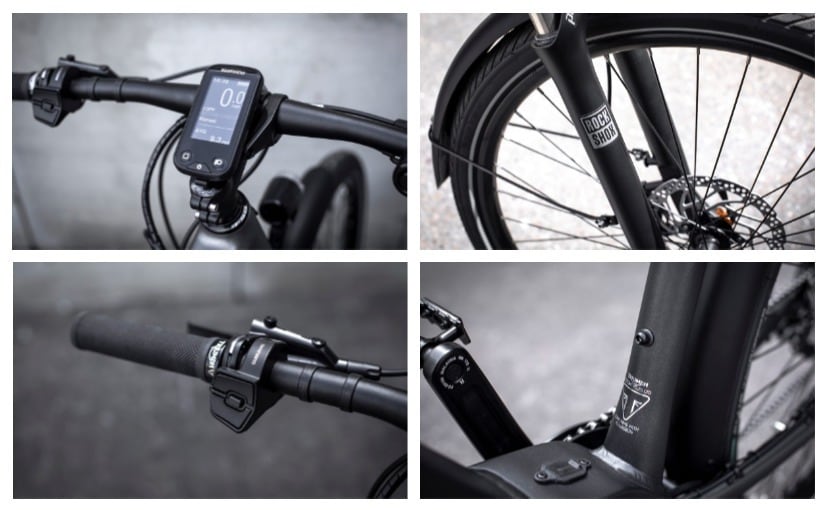 The finish of Triumph's first electric bike is top notch, and the dual tone colour scheme is like that of the Thruxton RS 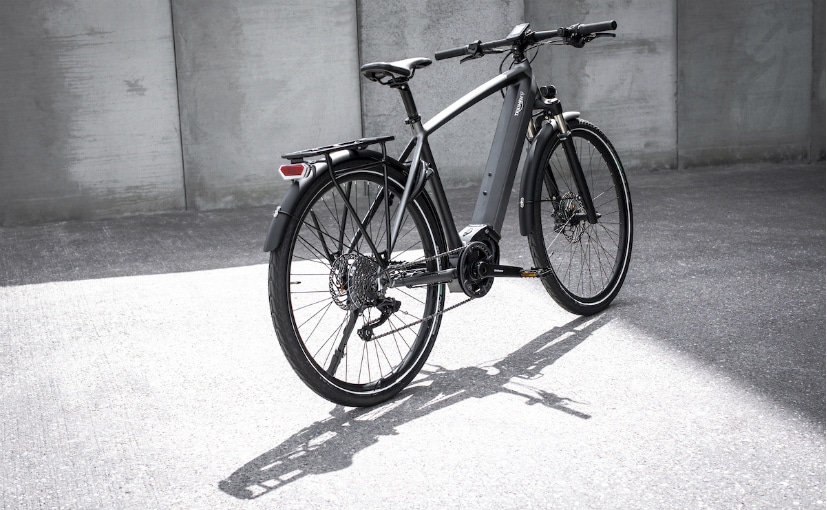 The Triumph Trekker GT will be sold in the UK, US and European markets, excluding Germany and Austria

The Trekker GT has been designed by Triumph's in-house vehicle design team and features a two-tone paint scheme of Matte Silver Ice and Matte Jet Black, similar to the colour scheme of the Triumph Thruxton RS cafe racer launched last year in the international market. The electric bicycle also features blacked-out features and detailing across the chassis hardware, wheels, pedals, seat post and handlebar stem, in addition to the cast aluminium Triumph badging.