The Audi RS5 Coupe is the third bodystyle in the A5 family and truly the best-looking one as well. It's powered by a 2.9-litre V6 and does 0 to100kmph in 3.9 seconds. When Audi set the date for this car, I was told that it would come to me for just one day. Now that dampened my hopes because I've already driven the A5, S5 and even the A5 Cabriolet, so when the RS5 Coupe was coming my way my eyes twinkled with anticipation. The Bratpack has expanded and the RS5 Coupe is a welcome addition. Last time around when I drove the A5 Cabriolet, I had said that it's the best looking car among the entire A5 lot. Well, I have been proved wrong by this on - the new RS5 Coupe and it looks drop dead gorgeous in this colour. 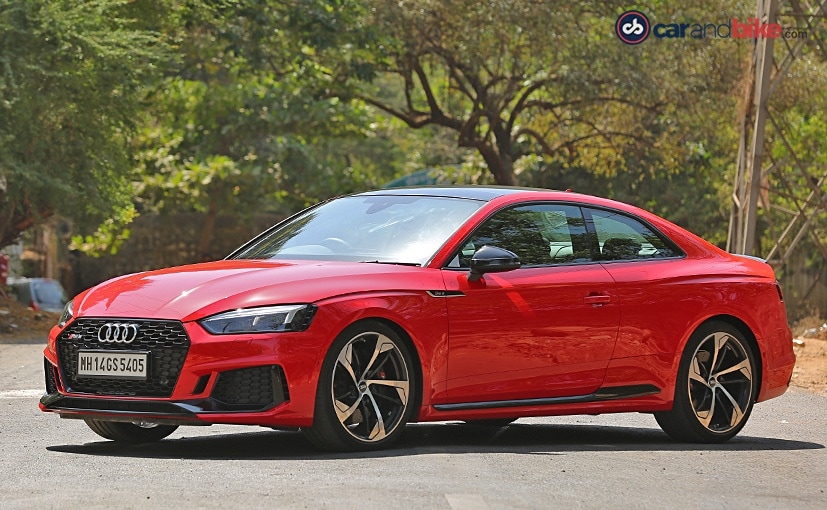 It's the third bodystyle in the Audi A5 family and is really the meaner and better looking twin and evil too as I found out. To begin with this one gets the black treatment for the headlamps and taillamps. Adding a bit more aggression to the stance is the gloss-black grille. It looks lean and well, to end the cliché, mean! That sharply raked roof too adds to the whole drama too and it's basically the naughtiest and also the hottest younger siblings there is in the Brat Pack and it gets shoes to go with that attire too. The Audi RS5 Coupe gets some incredible-looking 20-inch chromed alloy wheels, although they're optional, and 19-inch wheels are standard.

Also Read: Audi RS5 Coupe: All You Need To Know 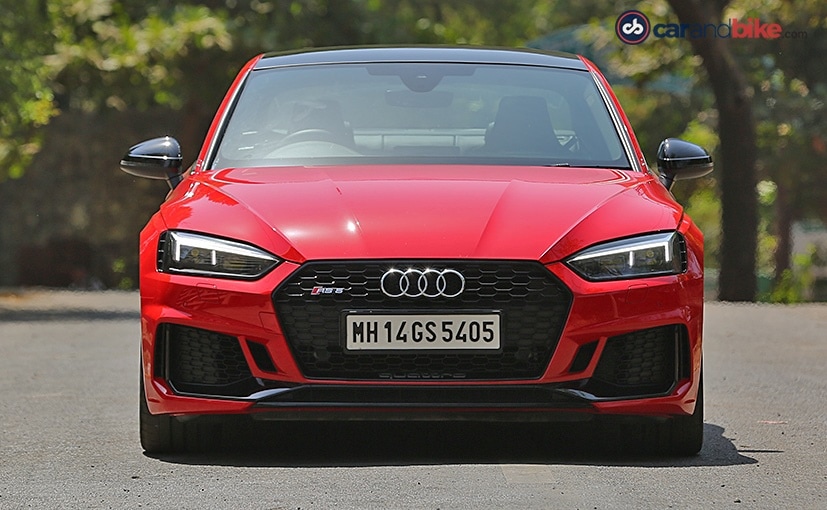 While the exterior oozes drama, the cabin is pretty much carried over from the S5 or even the A4 for that matter. The differentiator however, is that flat bottom steering wheel. The front seats are better bolstered too and there are so many options to choose from in terms of adjustment and the massage function up front just adds to that feature list. You also get a racier layout for the Virtual Cockpit digital dials, but then again haven't we seen it on the S5 Sportback? Sadly, you get no legroom at the rear and in my driving position, an adult cannot sit comfortably, so yes a child or two at the back is no problem. Quality is top notch and features like Apple CarPlay, Android Auto as also Bluetooth, Auxilliary Input and Navigation are all part of the package. 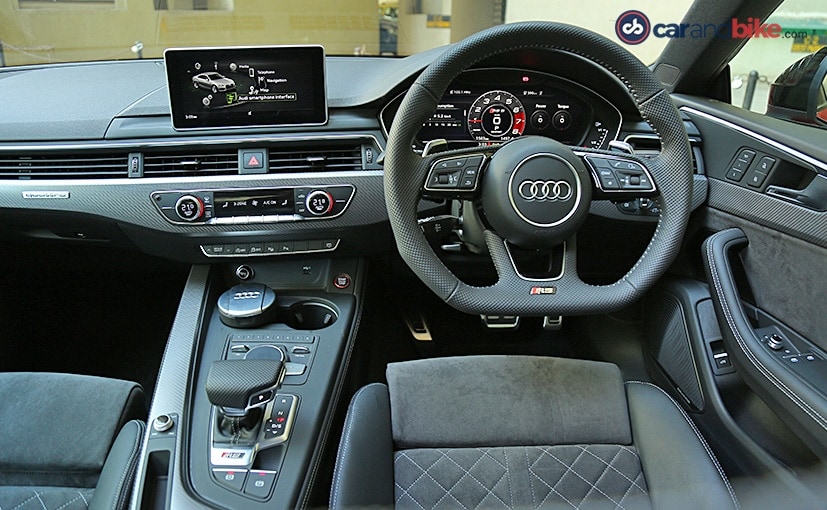 Audi RS5 Coupe's fit and finish is top notch and it also gets Apple CarPlay, Android Auto and more

But of course you want to know how this one drives because with that body and those shoes, you want to see it sprint, right? The Audi RS5 Coupe uses the same engine as in the Porsche Panamera S and Cayenne S. It's a new 2.9-litre V6 and there are two turbochargers in there. Power stands at 444 bhp which is the same as the V8 it replaces while the torque figures stand at 600Nm. Then there's the eight-speed torque converter automatic gearbox which spreads the power to all four wheels. Audi claims it'll do 0 to100kmph in 3.9 seconds and we believe them because this one goes like a stabbed rat when you put your foot on the accelerator. 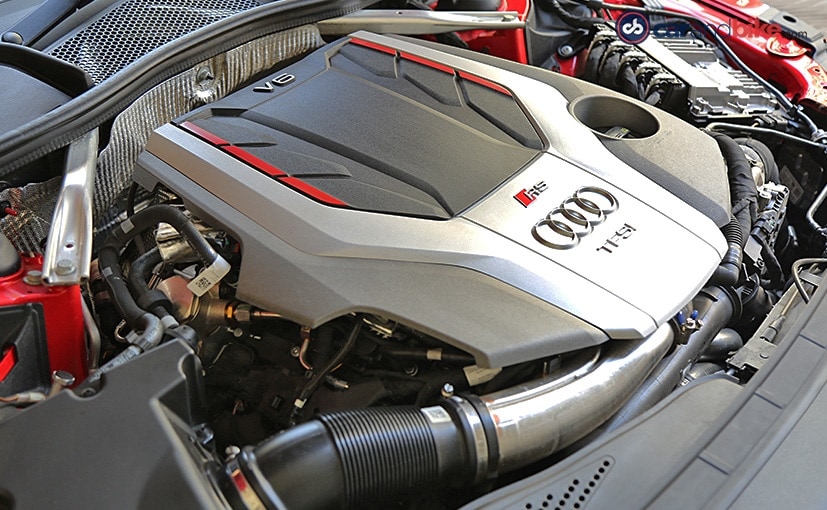 Here's something that you have to warned about though, the RS5 is wonderfully refined and very quick in fact so much so that you'd lose track of the speed you're doing. And if you don't realise this soon enough there'll be a bunch of challans coming your way so you have to keep an eye on the speedometer. The comfort mode is best for cruising but the Dynamic mode is where things get interesting as the response is quick and that gearbox responds to each of your commands with an equal amount of urgency. Obviously this works in your favour when you put your foot down on the accelerator and just want it to go. Sadly there's no adaptive suspension but the ride was a little bumpy on the 20-inch wheels but not so much as to disrupt things in the cabin. 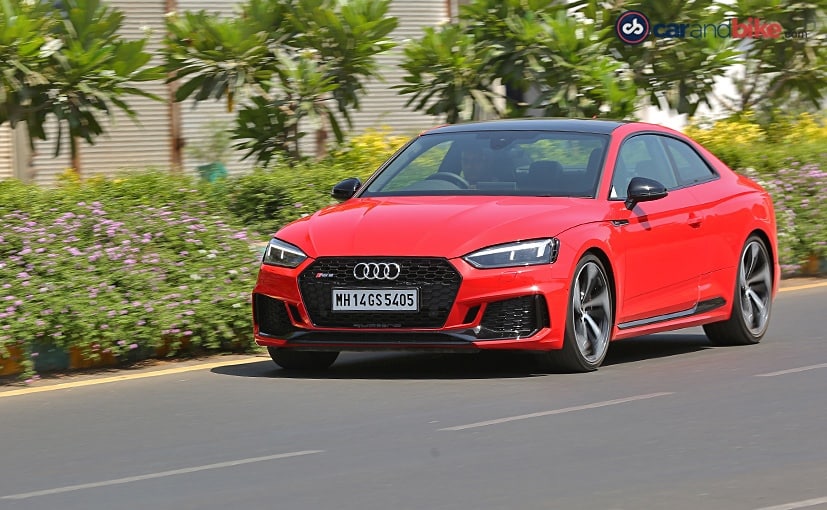 The RS5 Coupe costs ₹ 1.10 crore and is cheaper than its two main rivals - the BMW M4 and the AMG C63. It's less powerful compared to both the cars but has enough punch in it to upset both of them when it comes to making a buying decision. It's a classy coupe something that will lift your spirits every single time you lay foot into it.