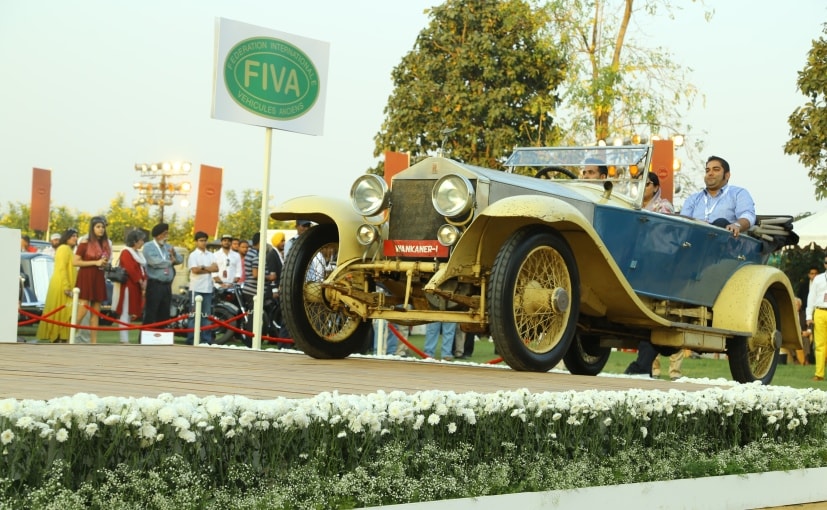 The city, once ruled by kings, still breathes and though it's now a fast paced city, Hyderabad is still very much rooted to its past. You see this as soon as you leave, from the airport, and head towards the city. It's at the first roundabout that you see the replica of a fort and 500 metres ahead, there's another. You know what you're in for then, probably as a tourist. The eager chap behind the wheel of the car I am in questions, "Which palace should we go to, sir?" and I got a bit confused; but, in a few seconds, gathered my wits and told him that it was the Falaknuma Palace that we were heading to. 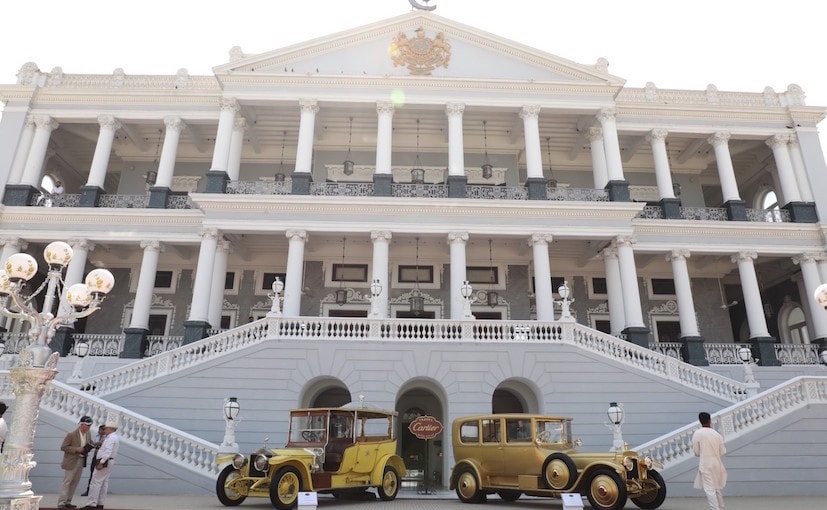 "I have never been there, sir. Thanks to you I will now get to see it" was the prompt and very emotional reply. Well the feeling was mutual on this one. I had only heard about the Falaknuma Palace and while I was not intrigued enough to instantly google it on my phone, the encyclopaedia, as regards this palace, was right now honking his way, around the city, trying to beat a traffic light. "Do you know sir, the Charminar is just 5 kilometres from the Palace and it was built by an English architect. It's built in the shape of a scorpion sir, you'll see, with Italian marble used inside as well, straight from Italy. At that time it cost them ₹ 40 lakh, to build it, sir, but now it's a hotel. You're staying there, sir? It's wonderful, I hear." 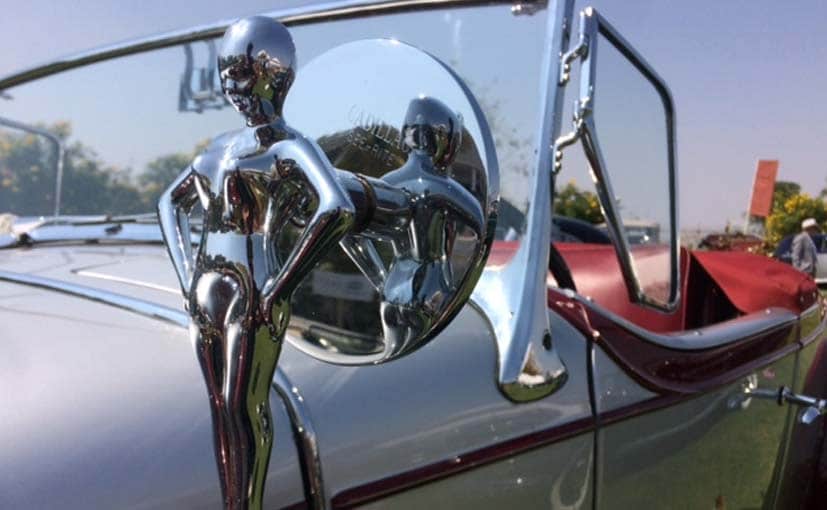 While that sentence might not seem long enough, the conversation per se was a one sided affair and this continued till we reached the gates. As we crossed the security section of the hotel, the white walls of the 19th century palace stared at a 21st century me. The courtyards were intact (used for other purposes now) and the path led us straight to the top. As I made my way into the lawns of the Falaknuma Palace, it seemed like the clocks stopped, never to go again! 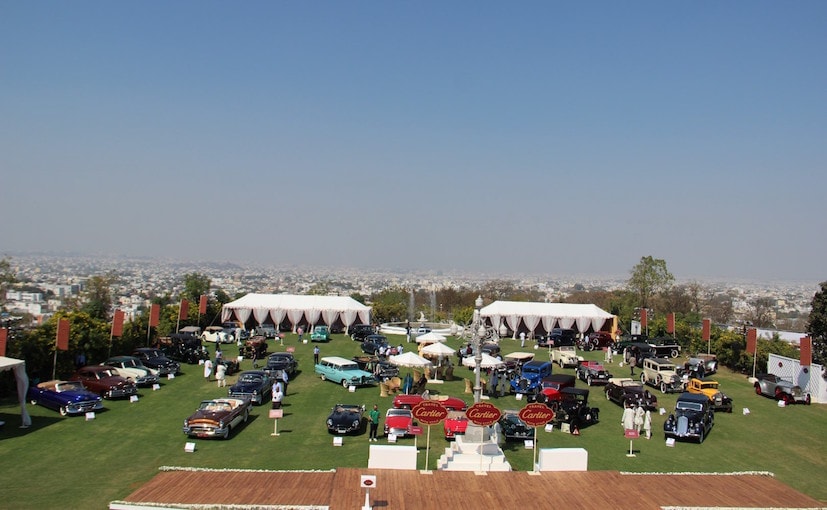 The time seemed to have stopped at the Cartier Concours de'Elegance

The setting of the fifth Cartier Concours d'Elegance couldn't have been more befitting. The Victorian era came alive, with cars like the 1912 Rolls Royce Silver Ghost, which belonged to the Nizam of Hyderabad, welcoming us to this grand gathering. The beautiful looking car has done only 572 kilometres, from the day it was purchased; so yes, it has been used sparingly and, mind you, is still in working condition and on display, at the Chowmala Palace. 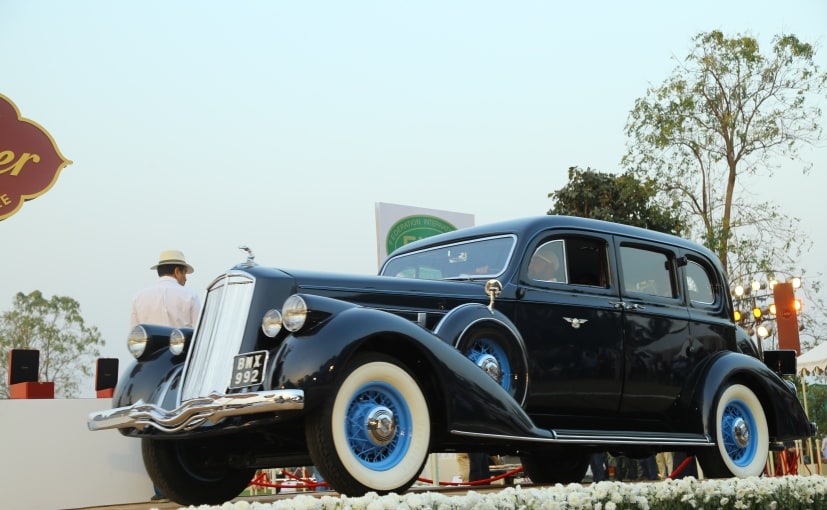 It's been handed down, from one generation to the other, and that's what the Indian classic car scene is like, currently. Yes, there's love, yes there's passion, but what holds all this together is the heritage and the heirloom and that's what sets the Concours d'Elegance, in India, apart from other such events. Mind you, the preparation to showcase a car begins well in advance and most of the restorers were working, on their car, for the past 2 to 3 years and all that effort shows.

73 classic automobiles competed in 8 distinctive classes, at the concours, with an exciting new automotive category - the Américain Aérodynamique Class (Presenting American cars, of the 30s, with styling, inspired by Aerodynamics); in addition to the pre-established categories - Pre-War, Pre-War - Rolls Royce, Post-War, Indian Heritage, Preservation, Exhibition and Roadster classes. Alongside, 39 iconic classic motorcycles, from across the country, competed, in 3 signature classes - Veteran Vintage, Pre-War and Post-War; and the display was a jaw dropping one. 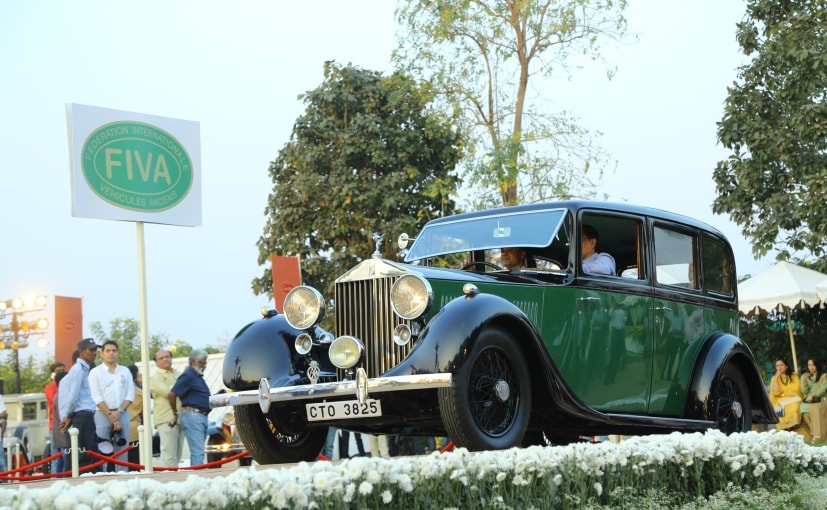 One expects to see a Rolls-Royce, in events such as these, in India; and well, it wasn't a surprise that quite a few turned up. Considering that 20 percent of the cars that Rolls-Royce built, in the beginning of the 20th Century, were sold to India, as it was one of the favourite cars of the Maharajas, there's just no way you're going to miss one, especially here at the Cartier Concours d'Elegance. But this year, there were some absolutely stunning cars, which is why judging them became a task and that's what most of the judges told us. Professor Gordon Murray said, "The turnout is quite big; and, yes, judging is a task, because there's a lot of effort, which has gone into making these beautiful cars come alive. It's getting better every year." 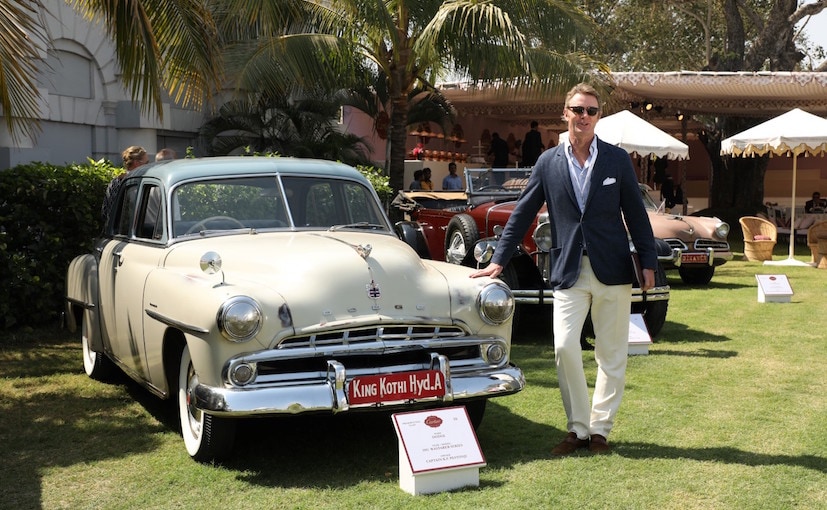 David McKirdy, a restorer, in his own right, now finds himself, on the other side of the fence, as a judge. He opined, "Restoring is like putting pieces of a jigsaw together and only when it all comes together does it reveal a full picture; and, that's what this is. It's painstaking work and you might have to wait for that one piece of the jigsaw, for months or even years, but there's nothing more satisfying than getting it done and showcasing it to the world." 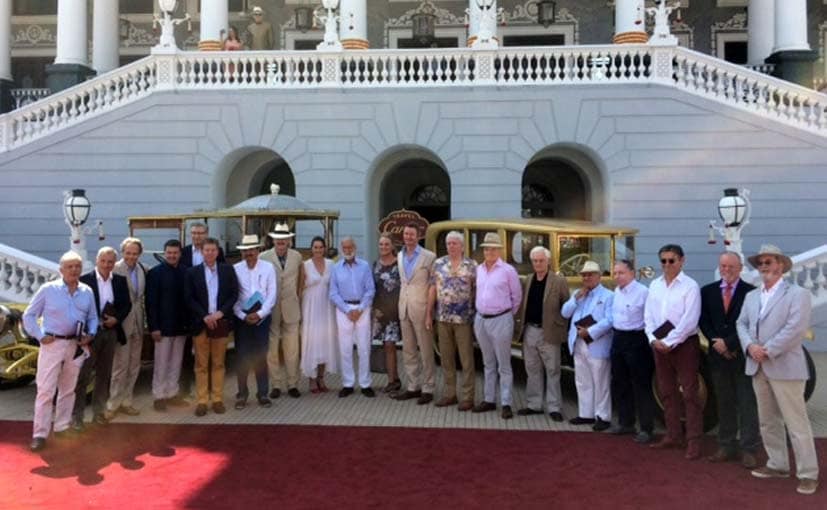 Manvendra Singh of Barwani, Curator of the Concours, commented, "For each edition, we try to raise the bar higher, by introducing new display categories and elements that augment the visual montage of India's automotive legacy. This edition witnessed the introduction of the very special FIVA Preservation Award, an immense recognition for the painstaking efforts of Indian collectors, along with the addition of new categories, like the Américain Aérodynamique. As always, our vision is to highlight the automobile heritage of this astonishing country, in a larger and improved format." 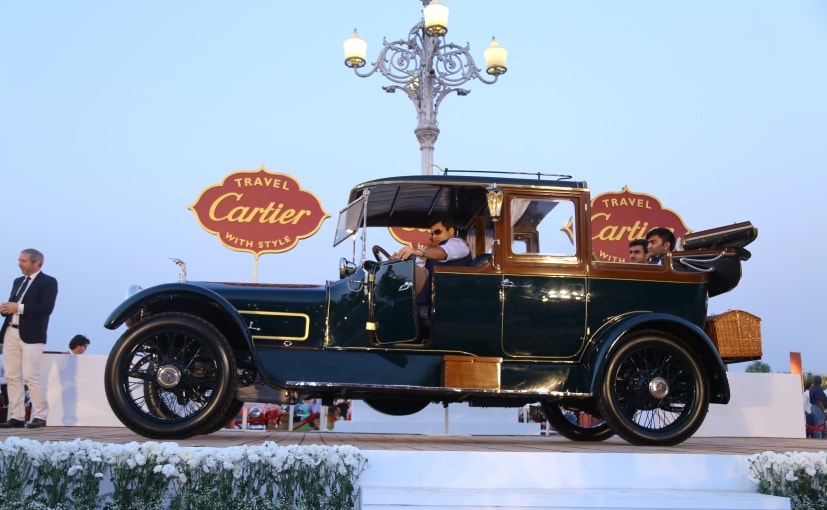 Each judge spent 15 minutes with the participants, trying to understand their side of the story. Sandra Button, who is a judge here, besides being the Chairman of the prestigious Pebble Beach Concours d'Elegance said, "It's too less a time to understand the sentiments behind the making of each car and every car here has a story to tell; it may be one of heritage or just restoration. Sometimes I do wish we had more time."

John Walsh, who is a prolific and versatile journalist, is also on the judging panel and says, "Well, I've run out of space, to write their stories; and there are such interesting ones, there's a 1914 Wolseley and it's so superbly restored. It's in working condition and it's certainly a treat for the eyes." 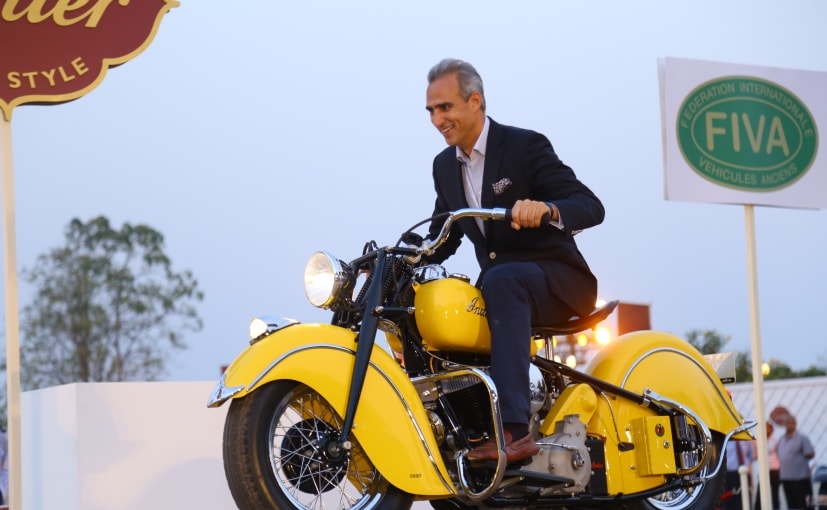 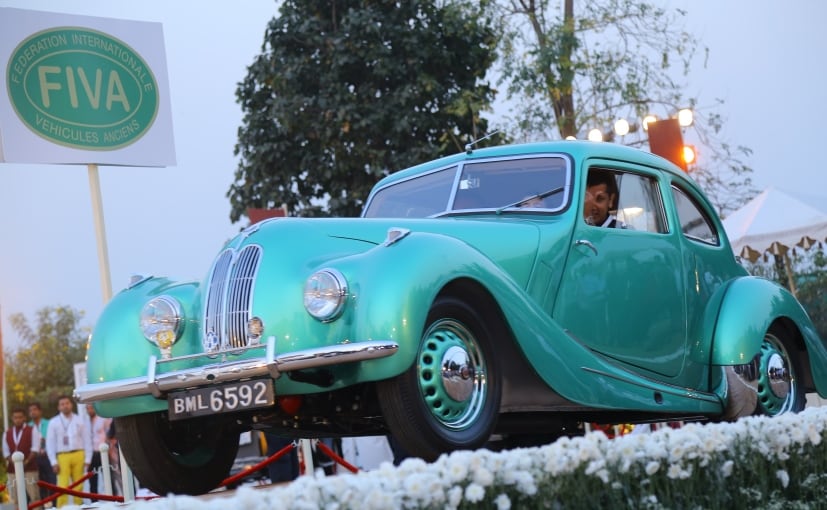 The Best in Class - Roadster was the 1961 Mercedes Benz 190 SL, which faced tough competition, from the Jaguar E-Type. The Cartier Resurrection Cup was given to Amit Sapre's 1949 Bristol 400, which was found in an abandoned plot in Andheri, Mumbai; and, after getting all the paperwork in place, was built ground up, in just 6 months.

As the winners claimed their prize and their prized possessions, I headed back to the airport, with memories, that'll probably last a lifetime. Yet again, the familiar voice of our charioteer, to the airport, bounced on my ear and he said, "How was it sir? Will you be back next year?" I looked at him, smiled and nodded, in the affirmative. The only two words that came out my mouth then were - "Can't wait."

Why Wireless Chargers In Cars Are Useless
1 hour ago

Japan May Ban Sale Of New Petrol-Powered Vehicles In Mid-2030s: Report
1 hour ago

2021 Nissan Kicks Teased Ahead Of Global Debut
1 hour ago

F1: Ferrari Keen On Getting Carlos Sainz Jr. Test After Alonso Got Approval From FIA
50 minutes ago

F1: Romain Grosjean May Not Drive In Abu Dhabi, Schumacher Ready To Fill In
3 hours ago

Japan May Ban Sale Of New Petrol-Powered Vehicles In Mid-2030s: Report
20 hours ago

Why Wireless Chargers In Cars Are Useless
20 hours ago

2021 Nissan Kicks Teased Ahead Of Global Debut
21 hours ago