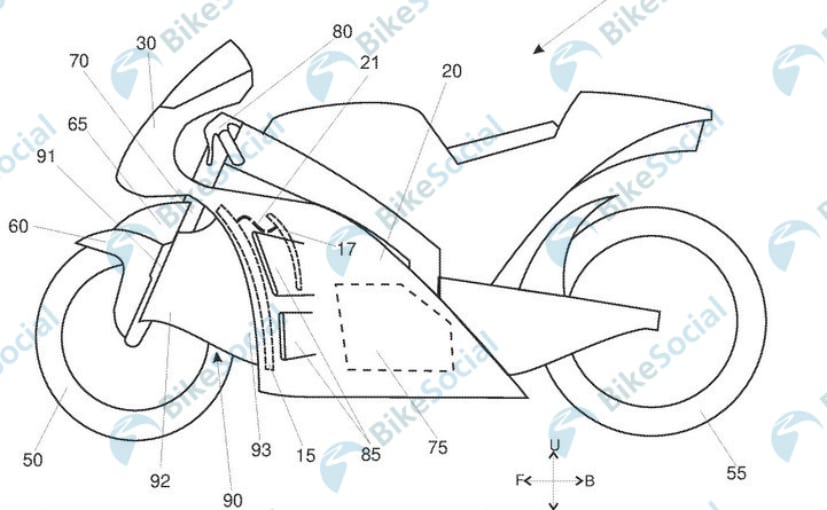 Latest patent applications filed by Aprilia show a new aerodynamic design which will offer better airflow into the engine. Aprilia's new design, illustrated in the latest patent designs, show air intake ducts along the front wheel, to offer undisturbed airflow through the intakes into the radiator. This is designed to provide a solution to the design of current radiators on motorcycles, which doesn't allow enough cooling air to the radiators because of obstruction by the front wheel. So, radiators need to be larger in size, than it would need to if there was easier access to cleaner airflow. 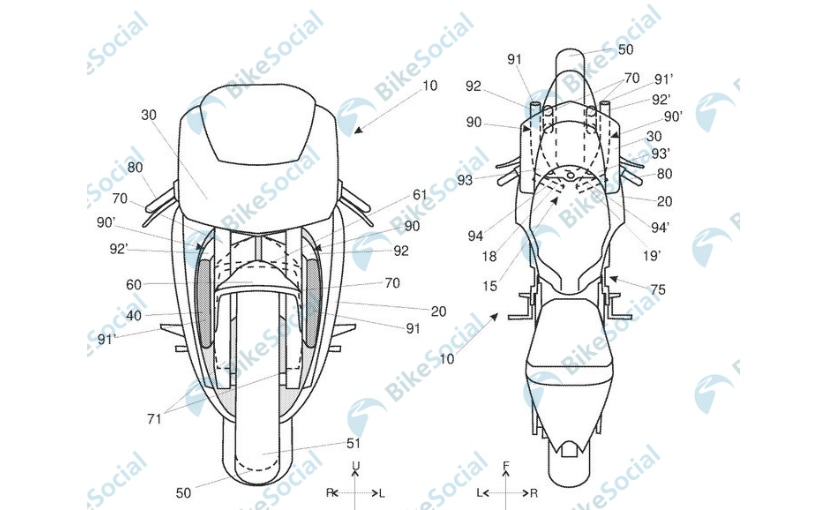 Aprilia's idea is to expose the air intakes to a supply of undisturbed air. And the design also allows the intake openings and the radiator itself to be made smaller, saving weight over a conventional layout. The design also cleans up airflow over the outside of the bodywork, and makes use of air ducts on either side of the front wheel. However, latest MotoGP rules will not allow any bodywork or air intake obscuring the front rim, so Aprilia's design may not qualify for a MotoGP machine, however efficient it may be. According to latest rules, the whole of the front rim must be visible, other than the part obscured by the front fender, forks, brake parts or front suspension attachments. Installing air ducts which will obscure a part of the front wheel, will not be allowed under MotoGP regulations.

However, that doesn't mean that Aprilia will stop exploring the idea on a production model, like the upcoming Aprilia RSV4, and World Superbike rules demand that competitors keep road bike-based elements. That would mean such a design would certainly offer aerodynamic and weight advnatages in a WSBK machine. More importantly though, Aprilia's parent Piaggio is also working on active aerodynamics concepts, so both these ideas may well debut on a new production model.