The new Audi Q4 e-Tron and Q4 Sportback e-Tron are the first compact electric SUVs from the brand, and they will also be the most affordable EVs in the Ingolstadt-based carmaker's stable. 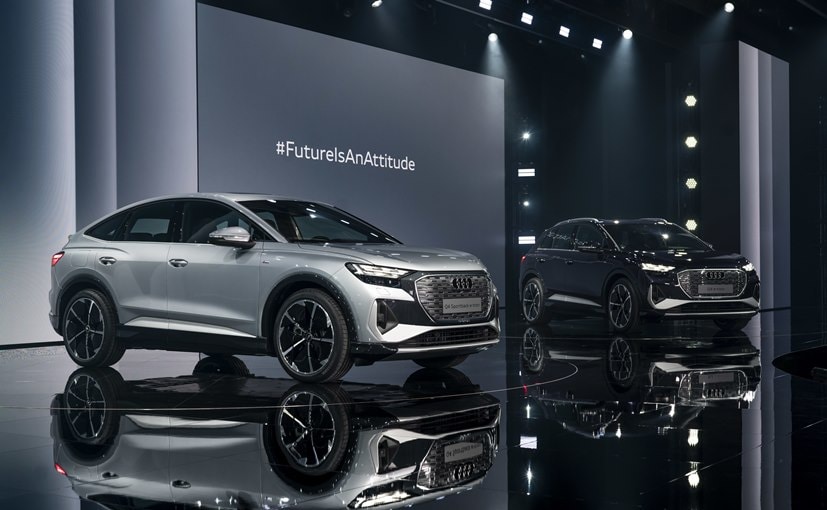 View Photos
Both, the Audi Q4 e-Tron and Q4 Sportback e-Tron will go on sale in Europe in June 2021

Audi officially unveiled the all-new Q4 e-Tron and Q4 Sportback e-Tron electric SUVs. Both the models are the first compact electric SUVs from the brand with the Four Rings, and they will also be the most affordable EVs in the Ingolstadt-based carmaker's stable. With the introduction of the new Q4 e-tron and Q4 Sportback e-Tron, Audi has now expanded its EV portfolio to five electric vehicles, including the e-Tron, e-Tron Sportback, and the e-Tron GT. Both Q4 e-Tron models based on a Volkswagen-made modular electric drive matrix (MEB), which also underpins the ID.3 and the ID.4. The SUVs will go on sale in Europe in June 2021, with prices in Germany starting at EUR 41,900 ( ₹ 37.72 lakh). 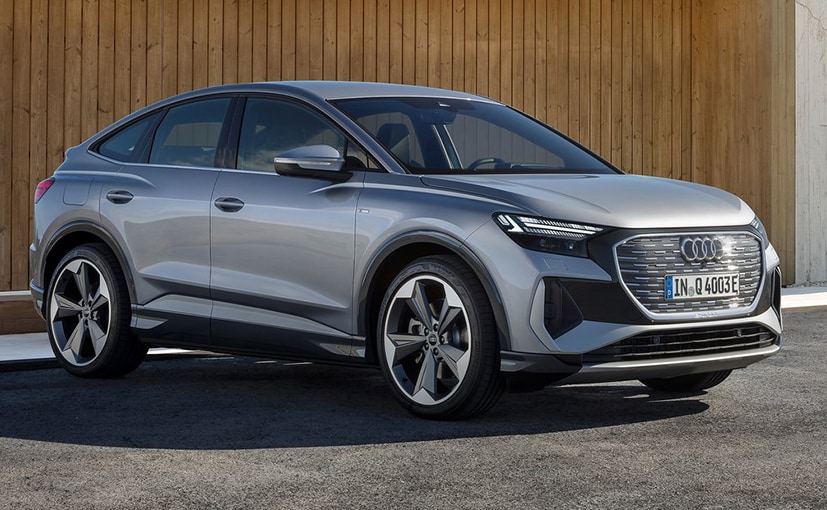 Both Q4 e-Tron models based on a Volkswagen-made modular electric drive matrix (MEB),

Both, the Audi Q4 e-Tron and Q4 Sportback e-Tron, come in three drive variants - Q4 35 e-Tron, Q4 40 e-Tron, and the top-spec Q4 50 e-Tron quattro. The entry-level Q4 35 e-Tron comes with a 52 kWh battery, whereas the latter two are offered with a bigger 77 kWh battery pack. In both the Q4 35 and Q4 40, the electric motor drives the rear wheels, with an output of 125 kW or 167 bhp and 150 kW or 201 bhp respectively. The top-spec Q4 50 e-Tron quattro comes with two electric motors, one attached to each axle, offering a combined maximum output of 220 kW, equivalent to 295 bhp. For efficiency, the motor on the front axle comes into action only when high power or a strong grip is needed. 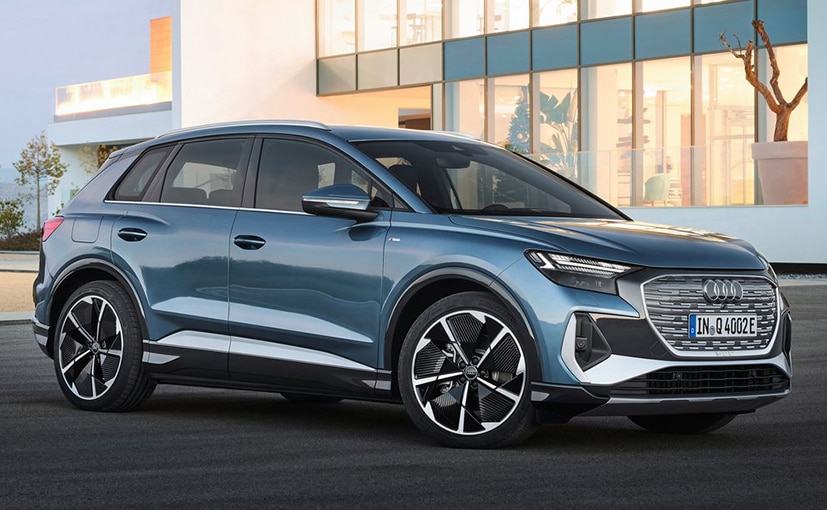 The top-spec Q4 50 e-Tron quattro comes with two electric motors, one attached to each axle, offering a combined maximum output of 295 bhp 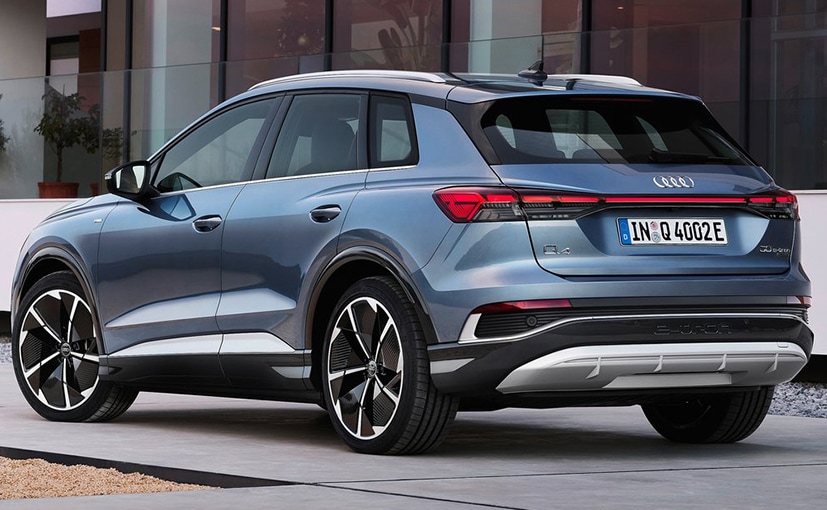 Visually, the new Audi Q4 e-Tron and Q4 Sportback e-Tron come with the company's latest design language featuring a faux grille with metallic grey accents, flanked by a set of LED headlamps with optional Matrix LED light units. Both cars also come with a wide airdam. Once we move over to the sides, we get to see the difference between the two cars. While the Q4 e-Tron gets the conventional Audi SUV design with roof rails, the Q4 Sportback e-Tron comes with a coupe-style sloping roofline that merges into the boot. 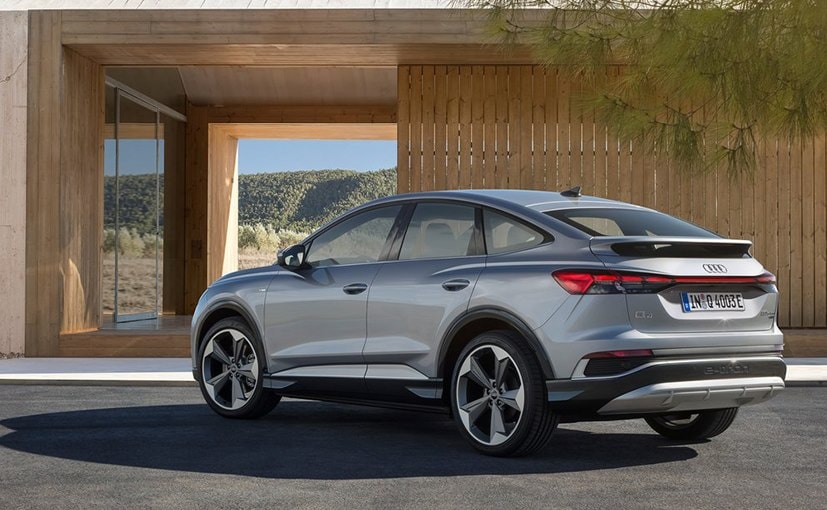 Both SUVs get distinctive character lines that add muscle to the cars, along with some wheel arch and underbody cladding. At the rear, both cars come with a spoiler, while on the Q4 it is mounted to the roof, in the case of the Q4 Sportback it's attached to the boot lid. Both models get LED taillamps attached by a LED bar creating the effect of being one single unit. However, the one on the Q4 Sportback looks much sleeker. 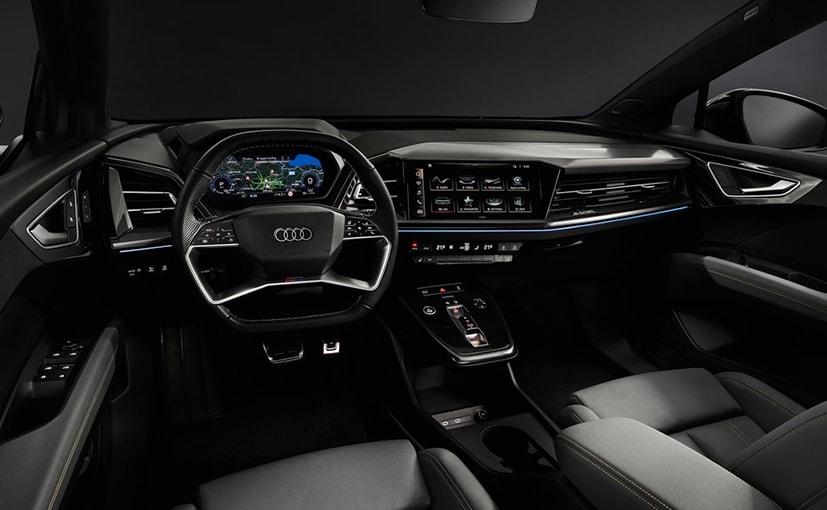 On the inside, both cars look very much alike and come with an all-black theme. The dashboard is oriented towards the driver and there is a slim blue insert at the base that adds some contrast to the design. Both cars get a stylish multi-functional steering wheel that almost looks hexagonal and comes with touch surfaces, which the driver uses to control the digital instrument cluster. Infotainment and navigation are operated primarily using the central MMI touch display, which will also be available in the largest configuration level of 11.6 inches towards the end of the year. The cars also get an optional augmented reality head-up display.