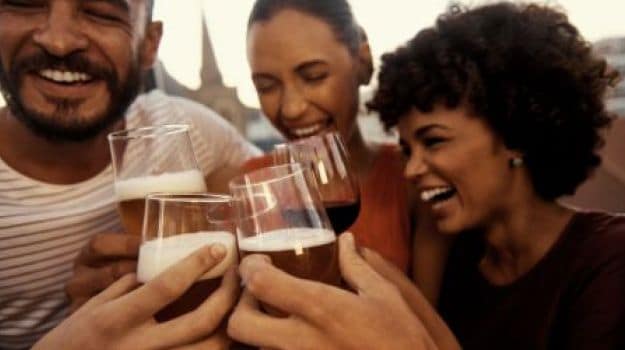 Autonomous cars are the next big thing in the automotive industry and why not, a car driving itself has always been a dream, which is why you have IT giants and car manufacturers putting in money to come up with technologies which will prove to better our lives.

Now, autonomous cars will come in handy for a variety of people - those with disabilities, the ones who can't drive or hate driving and probably those who fancy a pint every now and then. A group of researchers from Morgan Stanley believe that autonomous vehicles would bring a boost of nearly $98 billion to the alcohol industry once they hit the showrooms. The reason is similar to what we've mentioned earlier. Adam Jonas and his team say that the self-driving vehicles would enable people who would say no to drinks to approve at least one alcoholic beverage, because they wouldn't have to drive home.

This then puts the pressure on car makers because to make it work, they'd have to develop vehicles that are more than capable of driving themselves. The legislators of course, will need a lot of convincing and it will be an uphill task to develop technology which is flawless.

Business Insider notes that the researchers from Morgan Stanley believe that drivers could consume even more than one extra drink per week if they reside in cities where shared mobility is accessible. The circumstances would imply more self-driving cars on the roads, as well as the possibility of hailing self-driving ride-sharing services. According to Morgan Stanley researchers, autonomous vehicle technology will go through a significant leap beyond 2025, which will bring greater opportunities for the alcoholic beverage market.

Drinking under the influence is a strict no and this is a battle that's been fought across the globe. India too has seen many accidents in the recent past and of course the police are doing their bit by keeping a check on things but there can be only one solution and that is to be responsible. Perhaps assign a designated driver, who will drive you home safely or just take a cab. At the end of the day, why take the risk when you can be safe.