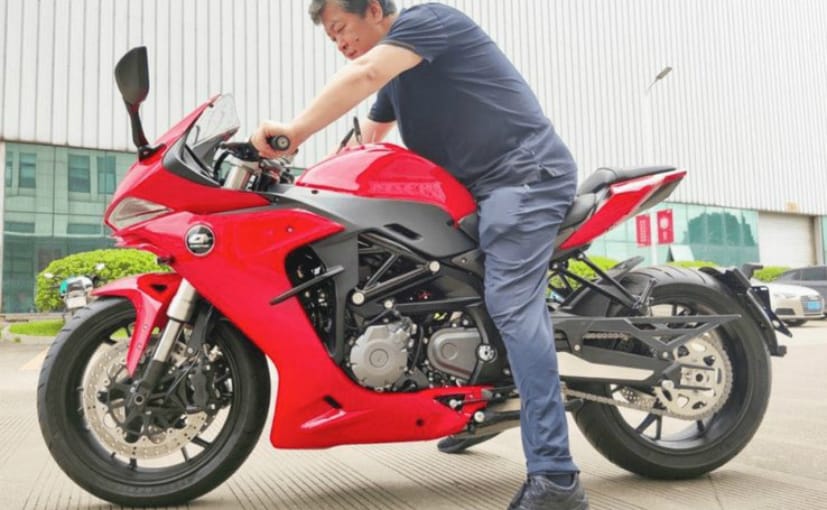 The upcoming Benelli full-faired 600 cc sportbike, to be called the Benelli 600RR was spotted for the first time in China last month. Now, fresh spy shots of the upcoming bike have been leaked, revealing not one, but two different variants, with different suspension and brakes. The bike shown in the latest spy shots though are Benelli's parent company's version, the Qianjiang group's QJ Motor branded, 600 cc full-faired sportbike. The QJ SRG 600, as it's called, will be one of the first products of the QJ Motor brand that was launched recently by Benelli's parent company in China.

The bikes from the new brand, QJ Motor will share their mechanical parts with the Benelli-branded bikes, which will be launched in India. Also launched in China will be the QJ Motor SRK 600, the naked version of the same 600 cc bike, essentially the Chinese branded version of the upcoming new Benelli TNT 600i. Both bikes, the naked SRK 600 and the full-faired SRG 600, as well as their corresponding Benelli counterparts will be powered by the same engine, a 600 cc, inline four-cylinder motor which meets the latest emission norms and tuned to produce 80.4 bhp of power and 55 Nm of torque. 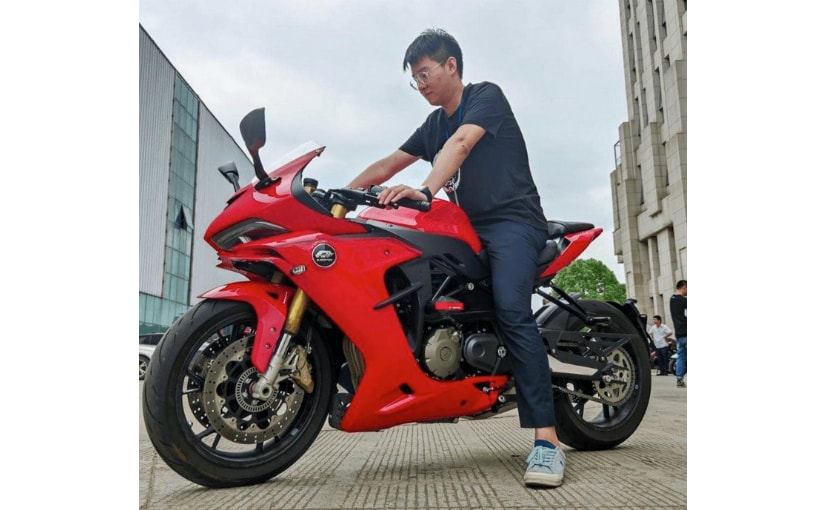 A close look at the latest spy shots reveal two versions of the QJ SRG600, with different suspension and brakes. One of them seems to be a lower-spec model with silver front forks and blacked-out radial mount brake calipers that carry the J Juan brand name, at both the front and rear wheels. A second bike is kitted out with axially-mounted Brembo calipers and premium looking gold finished upside down front forks. So far, it's not clear when the Benelli-branded corresponding models will be launched. But once that happens, we're certain that Benelli India will be introducing the updated models of the 600 cc sportbikes here as well, possibly by the end of 2020, or early 2021.