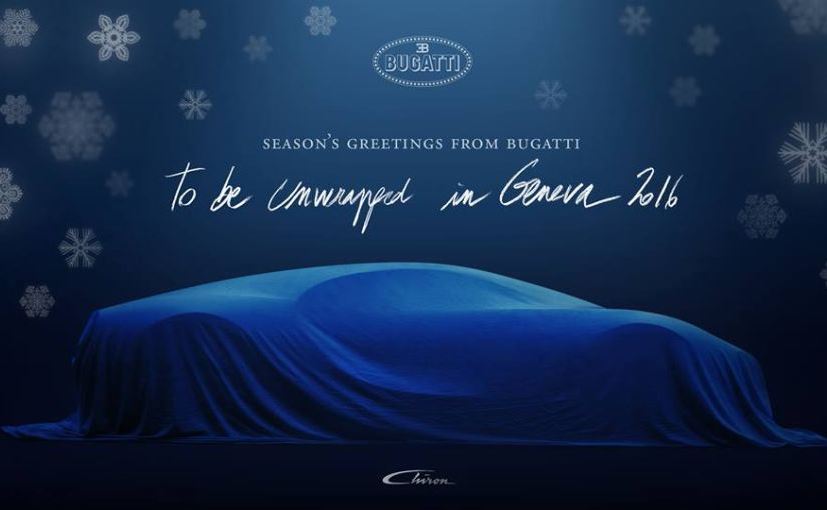 Bugatti Chiron that will take over the reins from the legendary Veyron, is set to make its global debut this year at the 2016 Geneva Motor Show. The French carmaker's upcoming supercar has big shoes to fill after the Veyron, which was one of the fastest production cars ever made. Word has it that the Bugatti Chiron will not disappoint as the successor to Bugatti's crown-jewel's successor. ProDriver, a Czech magazine, claims the Chiron will offer a top-speed of 467Km/h.

The report further states that the Bugatti Chiron will be able to go from 0-100Km/h mark in only 2.2 seconds and that its speedometer runs all the way up to 500Km/h.

The two-seater supercar will be powered by an 8.0-litre W16 engine that will be further aided by electric and conventional turbochargers, thus allowing it to allegedly deliver 1,500bhp along with 1,500Nm of torque.

Named after Louis Chiron, a legendary racing driver who won nearly all the major grands prix for the brand in the 1920s and 1930s, Bugatti claims it has already received 130 orders for the car. One must note, the car is expected to cost around 2 million euros and will be produced in limited numbers, much like the Veyron. Its production run will be limited to 500 units, with 100 examples produced every year.

P.S: The aforementioned names have been ranked in accordance with their tested speeds, not theoretical speeds.