MotoGP Exclusive: To Be In The Same Moment On Track With Valentino Will Be Special, Luca Marini

In an exclusive conversation with carandbike, SKY VR46 Avintia Racing team rider Luca Marini talks about his MotoGP debut, forecast for the upcoming season and sharing the grid with half-brother Valentino Rossi. 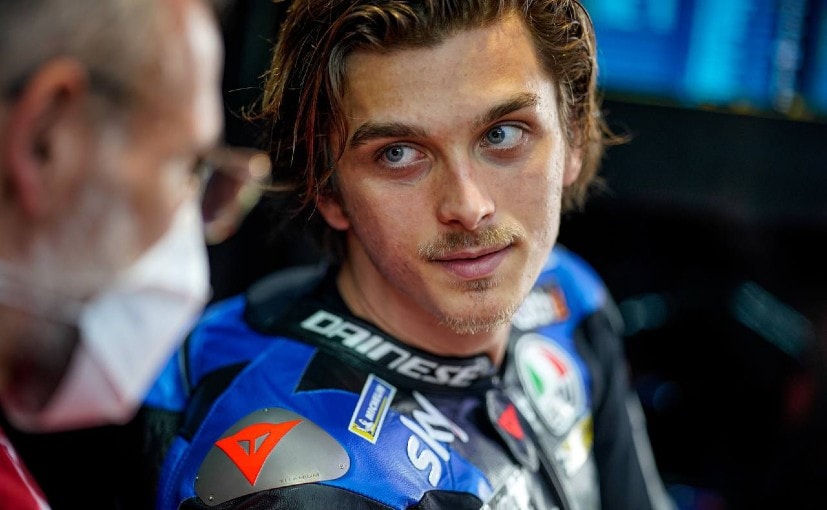 The 2021 MotoGP season is finally here and young new riders will be joining the grid as rookies. As the previous seasons have taught us, we need to look out for the potential that these young riders possess some exciting names in tow. Making his premier-class debut this year with SKY VR46 Avintia Racing team will be Luca Marini. The 23-year-old is the half-brother of legend Valentino Rossi, who moves to the Petronas Yamaha MotoGP team this year, and will be the other family duo to watch out for this season. Ahead of the upcoming season, carandbike had an exclusive opportunity to speak to Luca Marini about his MotoGP debut, forecast for the upcoming season and sharing the grid with Vale.

Speaking about his MotoGP debut, Luca Marini said, "The emotions come a little bit more this weekend, compared to the last weekend when we did the test. Because this is the first grand prix of the year, and the first GP for me will be a special moment and I want to enjoy every second of this new adventure. Because this will be really amazing." 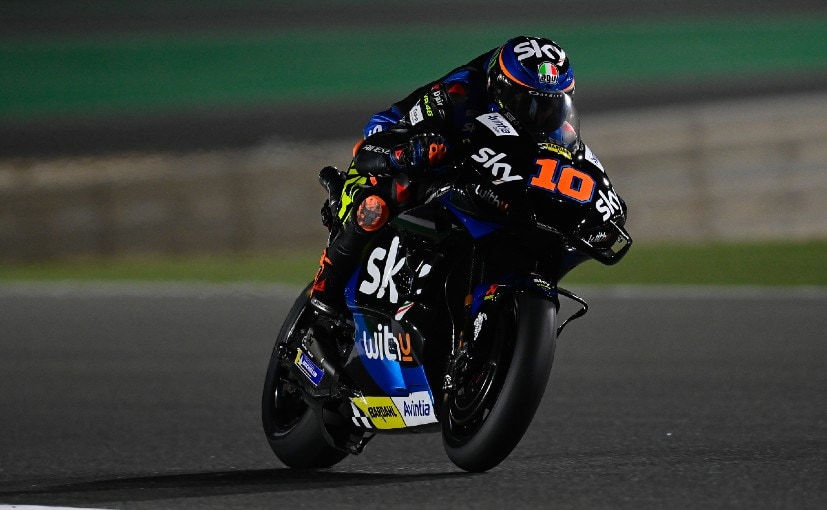 Luca Marini moved up to MotoGP from Moto2 and has been paired with Enea Bastianini at Avintia for the upcoming season. The riders will be piloting the Ducati bikes and turn into teammates from being rivals until last year. The Avintia squad enters its 10th year in MotoGP and this will be its first year as a satellite team for Ducati instead of previously being a customer team. Both riders will be on the two-year-old bikes, due to the engine development freeze due to the pandemic.

Speaking about his experience with the Ducati for the first time, Luca said, "From the beginning, I had a good feeling with the Ducati bike. I tried to improve my riding style to understand all the new things that changed compared to Moto2. How do I have to brake, how to use the throttle on the axis of the corner. And also I tried to understand how the tyres work. At the end of the test, I was quite happy because I learnt a lot of things and now I'm really prepared for this first GP. This week when I was home, I was thinking a lot about my last laps on the track because I want to improve my lines that changed a lot compared to Moto2. But I'm working with my crew and we can improve fast and be as competitive as possible." 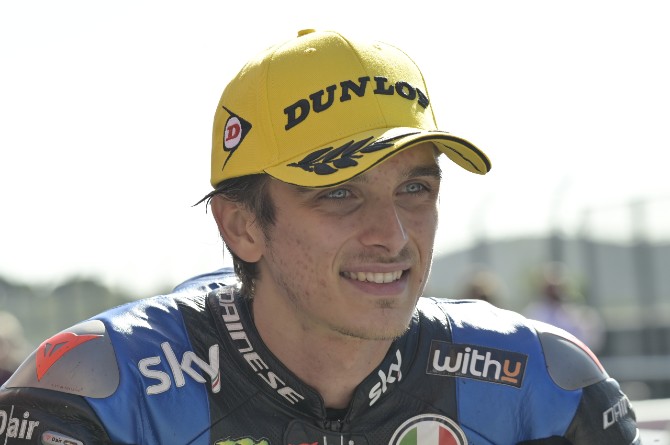 Luca Marini had seven seasons on the World Championship circuit having competed in Moto3 and Moto2 previously | Photo Credit: Eurosport

Luca Marini already has seven seasons of riding on the world championship circuit, but only makes it to premier-class now. However, compared to the Moto2 bike, the MotoGP bike is a completely different world.

Explaining the differences between both bikes, Luca said, "The Moto2 bike in the last years with the engine change and the tyres is much more similar to the MotoGP bike. So, it was nice to have this experience with the MotoGP bike. So I could start working on electronics and also the tyres. But with the MotoGP bike, everything is more. There is more power, the bike is a little bit heavy and you have to brake more. It's not easy at the beginning but I expected it to be more difficult with the Ducati bike because everybody said that it is a physically very difficult bike to start [with]. But I find a lot of things in common to Moto2. So I have to just adapt to the little things like braking and how to manage the tyres." 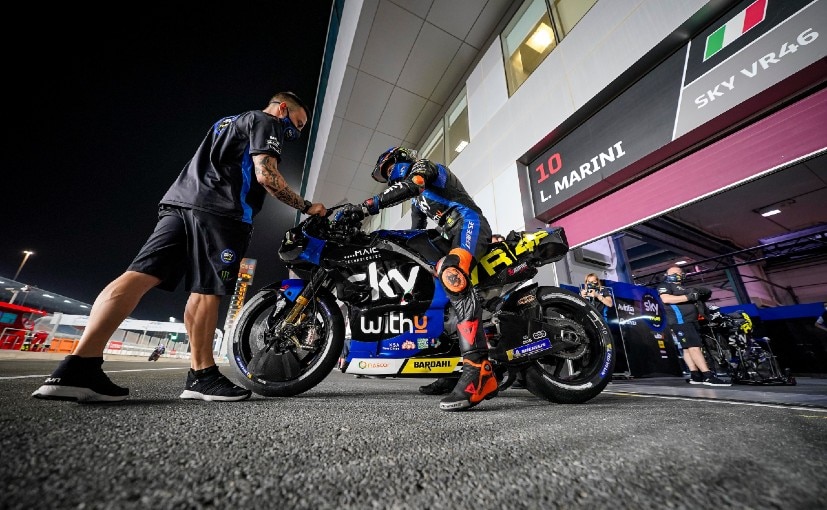 The previous seasons at MotoGP have shown the rookies turning out to be the dark horses in the sport. From Fabio Quartararo to Brad Binder, the young riders are known to steal the show. Can we expect something similar from Luca Marini too? He says, "I would like to be very competitive very soon. But I don't know if it is possible. I think I have to focus on understanding the bike and try to ride the bike like a Ducati bike wants to be ridden. Also, looking at the data, everybody is riding in the direction of the Ducati bike, and that works very well. And if you use the real potential of the bike, then you can be very fast. So, I want to feel these on the bike as soon as possible. It's one thing to feel together with the bike. I would like to be for sure in [competition] for the first rookie, but I know my rivals are quite strong. So we can have some good battles this year for sure. We have the same bike so it will be interesting to see how they improve. I don't have a target for now, but we will see." 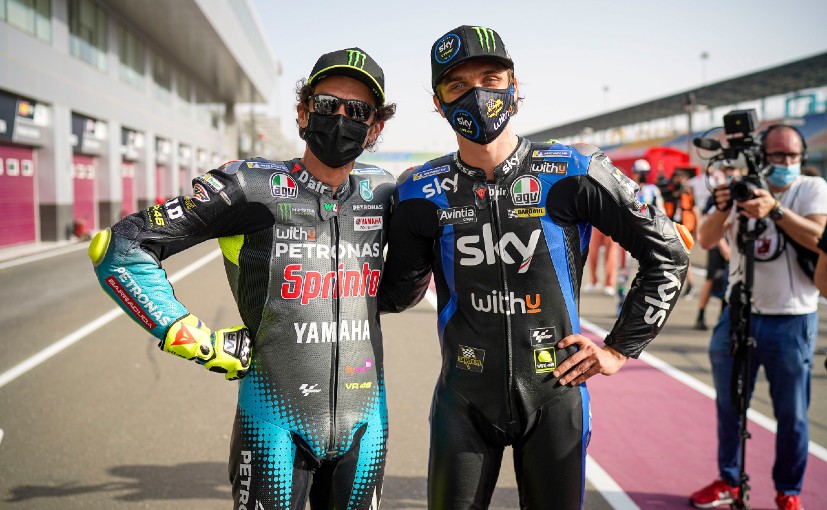 And finally, Luca has another task at hand, and that is to shake off the tag of being the legend - Valentino Rossi's half-brother. As he ventures out on his own in the highest competitive level on two wheels, here's what he had to say, "Being on the same moment on the track with Vale will be special. It is special. We spent a lot of time together. I was watching him race and I was in the paddock watching him as a child with my mom. So, now sharing this moment with him is very special. I would like to be as fast as him. I will try to stay close to him and try to follow him to understand all the secrets that he has with his big experience. I would try to beat him also. I know it's not easy but I can try to push him to perform better."