19-year-old Alex Peroni survived a nasty crash taking flight, doing two flips and landing upside down on the fence, after crashing into the sausage kerb at the Parabolica in Monza on Saturday. 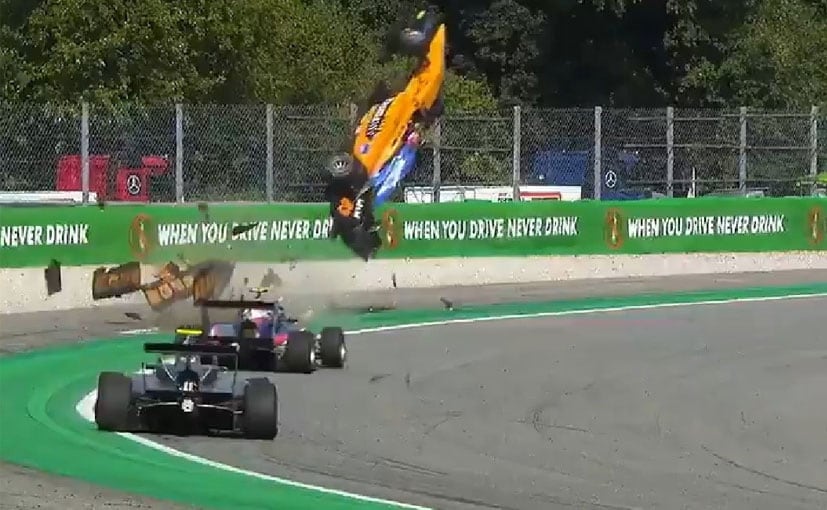 The dangers of motorsport are evident and yet we have young talents from all over the world going and ahead achieving incredible speeds in those blisteringly fast machines. However, there is no denying that motorsport comes with a life risk and crashes do happen time and again. Fortunately, for Alex Peroni, the Formula 3 driver walked away from a nasty crash on Saturday during the qualifying session at the Monza circuit in Italy. The Campos Racing driver went airborne at the Parabolica, doing two flips and landing upside down on the fence. Alex encountered a sausage kerb around the bend that sent him airborne. The incident occurred just a week after the death of Formula 2 racer Anthoine Hubert, who passed away in a tragic crash at the Spa-Francorchamps circuit.

We are all extremely relieved that Alex Peroni walked away from this crash during Race 1 in Monza.

The 19-year-old managed to survive the crash thanks to the roll cage in his car, and was immediately taken to the medical centre for the usual checks. He was later taken to the hospital as well to run a number of tests. As a precaution, the Australian driver will not participate in today's Race 2 in Monza. In a statement, the FIA F3 said that "This is a precautionairy measure that is taken following an incident of this nature to ensure the wellbeing of the driver."

Sausage kerbs or high exit kerbs have been installed to discourage drivers from running wide on bends, minimising collisions onto the barriers. However, the kerbs have been deemed dangerous as the height of these kerbs makes them like a little ramp on the track. The incident involving Peroni was enough proof that sausage kerbs are extremely dangerous. The FIA has removed the kerbs at Monza for Sunday, with the pit exit remaining closed presently until the damaged fence has been repaired.