Andrea Dovizioso and Ducati secured their first win of the season, a day after Dovizioso announced his exit from the team. Meanwhile, the Austrian GP saw a nasty crash between Johann Zarco and Franco Morbidelli that brought out the red flag. 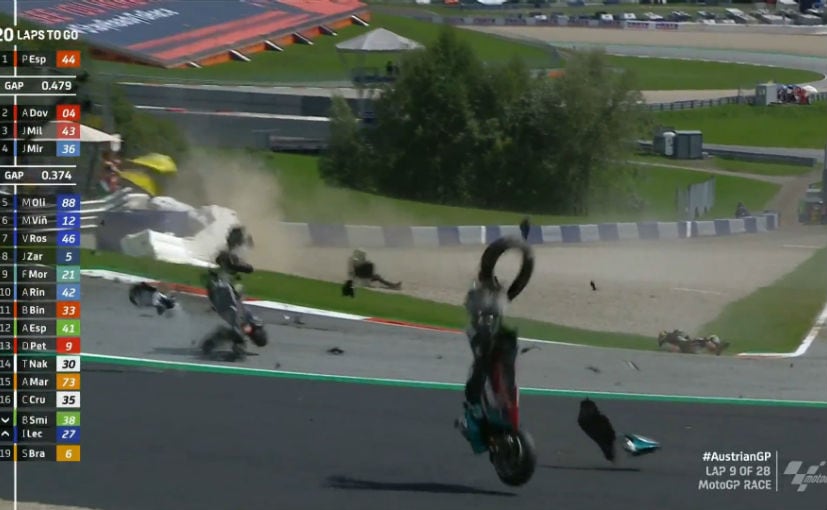 Ducati rider Andrea Dovizioso won the chaotic Austrian Grand Prix at the Red Bull Ring, a day after announcing his exit from the factory team. Dovizioso and Ducati take their first win of the season, which also shuts down naysayers doubting the Italian riders' capabilities on a bike. However, the 2020 Austrian GP turned out to be more dramatic than that after a shocking crash between Johann Zarco on the Avintia Ducati and Petronas Yamaha's Franco Morbidelli that raised the red flag early in the race.

Also Read: MotoGP: Portimao Circuit In Portugal To Host Final Round Of 2020 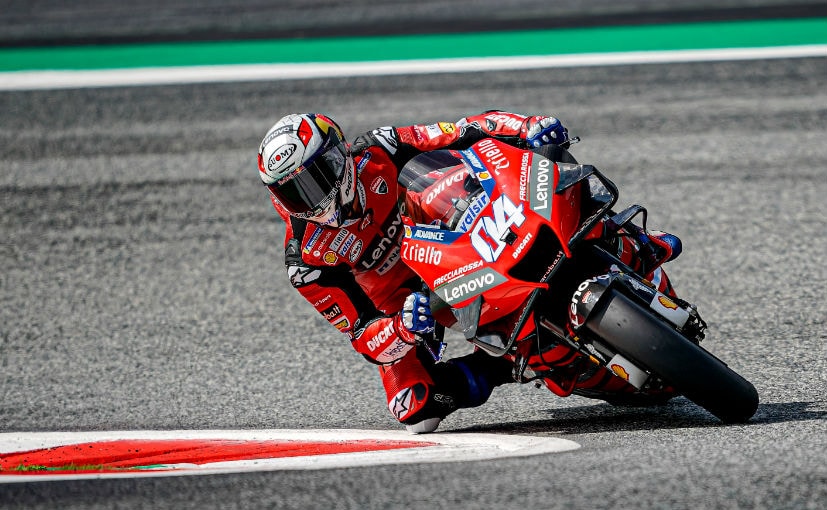 Morbidelli collided with Zarco on Turn 2 of Lap 9 of the original start of the Austrian GP. The Avintia bike went airborne, while Morbidelli's bike bounced through a gap between factory Yamaha riders Maverick and Valentino Rossi, narrowly missing either rider. The crash left a lot of debris on the track, which is why the red flag was brought out. Fortunately, neither rider was hurt and walked away with a few bruises.

At the restart of the now 20-lap race, KTM's Pol Espargaro led the field but Jack Miller on the Pramac Ducati was quick to slot into the front having changed to soft tyres. The rider though was soon caught up Dovizioso followed by Suzuki's Alex Rins on Lap 6. The KTM rider tried to keep pace but dropped places a few laps later. The rider eventually suffered a collision with Tech3 KTM's Miguel Oliveira on Lap 9 of the restart, ending the day for both riders. 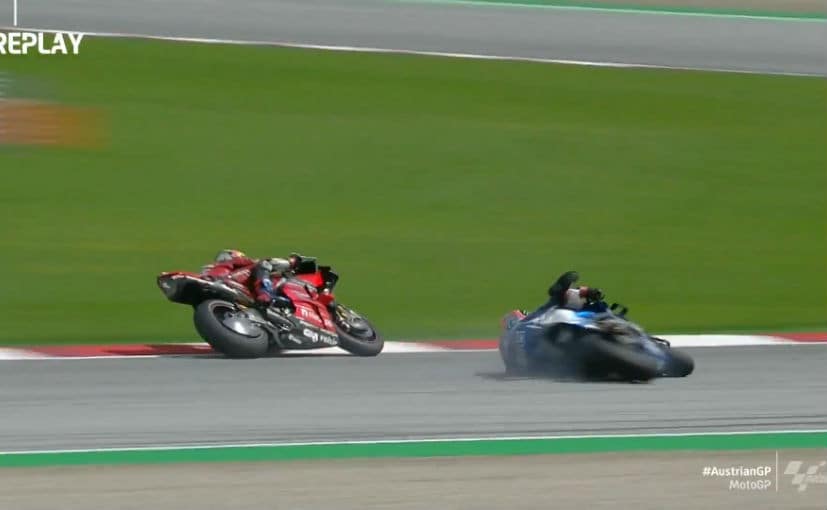 At the front, Miller was leading the pack but his advantage was wearing off as the front grip started fading, which allowed Dovizioso to take the lead on Lap 10 of the race. Rins slotted in P2 on the next lap pushing Miller to third. The Suzuki rider was now looking at taking the lead from Dovi but the front gave away on Turn 6 of Lap 11 putting him out of contention in the race. 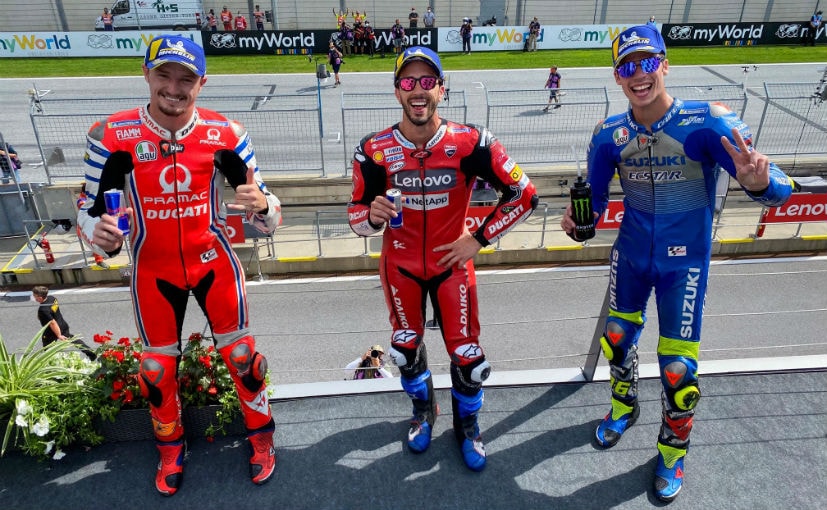 On the podium - Andrea Dovizioso, Joan Mir and Jack Miller

Dovizioso was left with little competition for the remainder of the race and eased off on the following laps before taking his 50th MotoGP victory. The rider crossed the chequered flag with a lead of 1.377s over Suzuki's Joan Mir, who managed to take P2 after a showdown with Miller in the penultimate lap and even tried to pass Dovi but had to settle for second taking his first-ever podium in the premier-class. Miller took P3, 1.549s off the race leader. The win also marks Dovizioso's fifth consecutive victory at the Red Bull Ring.

The chaotic start allowed KTM's Brad Binder to finish fourth, having started at 17th on the grid, while Rossi brought the M1 to P5, as the top rider for Yamaha. Coming in sixth was LCR Honda's Takaaki Nakagami followed by Danilo Petrucci of Ducati. After starting at the end of the grid in the restart, points leader Fabio Quartararo recovered to P8. He still leads the riders' standings albeit the gap has shrunk to just 11 points over Dovizioso. 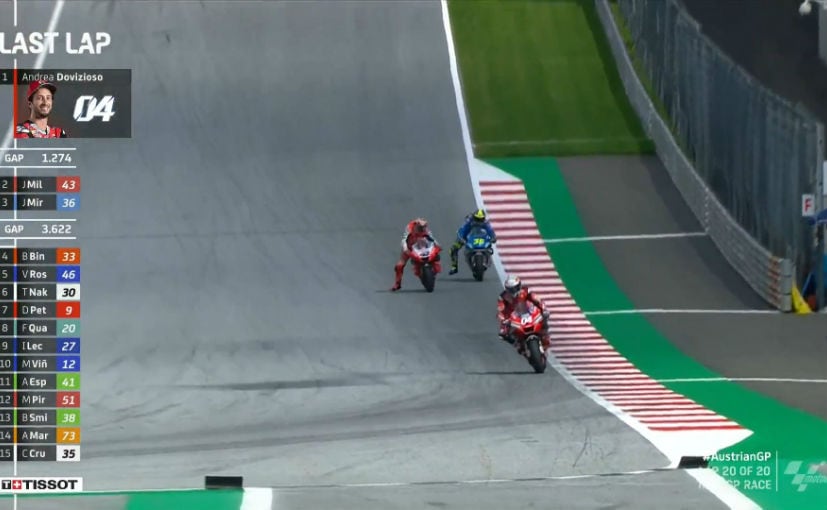