Andrea Iannone's test sample taken from the Malaysian GP earlier this year was found positive for an anabolic steroid, according to the FIM. 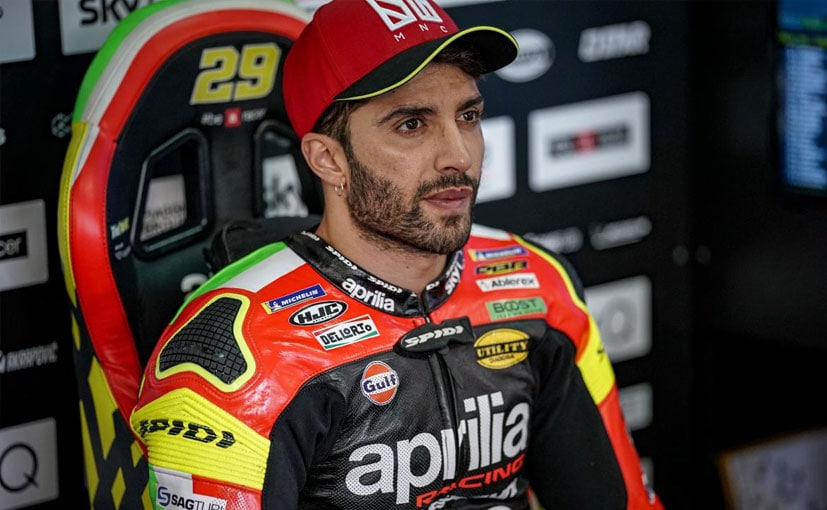 View Photos
Andrea Iannone has been provisionally suspended after testing positive for an anabolic steroid.

Aprilia rider Andrea Iannone has been provisionally suspended after testing positive for an anabolic steroid by the Federation Internationale de Motocyclisme (FIM). The test result came from a urine sample taken from the Malaysian Grand Prix in November this year and was tested by the WADA accredited laboratory in Kreischa b. Dresden (Germany) indicating an Adverse Analytical Finding of a non-specified substance under Section 1.1.a) Exogenous Anabolic Androgenic Steroids (AAS) of the 2019 Prohibited List. He has been suspended "until further notice" but has the right to request and attend the analysis of his second sample that he would've given during the same round.

The FIM statement read, "The Federation Internationale de Motocyclisme (FIM) has advised Italian Grand Prix rider Andrea Iannone that he is provisionally suspended pursuant to Article 7.9.1 of the 2019 FIM Anti-doping Code (CAD). Andrea Iannone has the right to request and attend the analysis of his B sample. Andrea Iannone is provisionally suspended with effect from 17 December 2019. He is therefore barred from participating in any motorcycling competition or activity until further notice. Under Article 7.9.3.2 CAD, Mr Iannone may request lifting of his provisional suspension. Under the World Anti-Doping Code and the FIM Anti-Doping Code, the FIM is unable to provide any additional information at this time."

Iannone is currently under a two-year contract with Aprilia and is the winner of the 2016 Australian GP. The rider had an average season in 2019 when compared to teammate Aleix Espargaro but seemed to be catching towards the end of the season. Iannone's ban marks the first official case of a doping violation in grand prix since 2012. Previously, Moto2 rider Anthony West was tested positive for methylhexanamine.

Andrea Iannone will be allowed to appeal the suspension of his license, which prevents him from competing in "any motorcycling competition or activity," according to the statement.

The 30-year-old has been riding in the premier class for about seven years now and has been with Suzuki works team as well as Ducati's satellite team Pramac before joining Aprilia. The team is yet to comment on its rider but we expect to hear an official response soon.