Maverick Vinales converted his pole start into a win in the Emilia Romagna GP, becoming the sixth different winner of the 2020 MotoGP season. 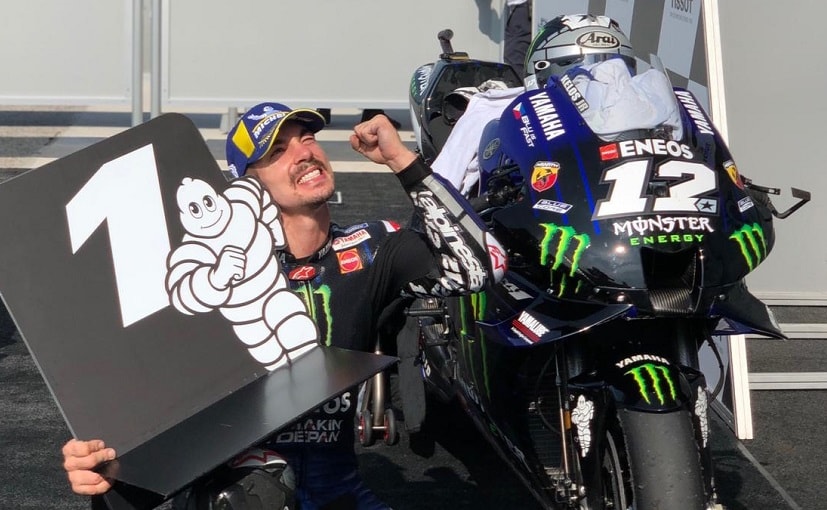 Maverick Vinales secured his first win of the season the 2020 Emilia Romagna Grand Prix at Misano. The factory Yamaha rider started from the pole position, but it was a late crash of Francesco Bagnaia of Pramac Ducati that helped the Yamaha rider secure his first win of 2020. In fact, Vinales has turned out to be the sixth different winner this season, reinforcing the fact that MotoGP continues to be unpredictable week after week. Joining the Vinales were Joan Mir of Suzuki taking his second podium finish, while a smashing performance by Pol Espargaro saw the KTM factory rider finish third. 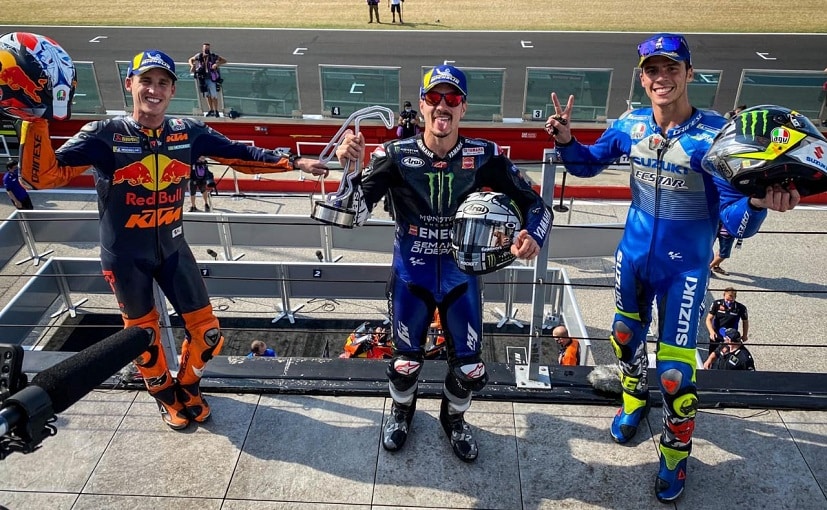 On the podium - Maverick Vinales, Joan Mir and Pol Espargaro

Maverick Vinales started off strongly, learning from the poor tyre choice made last week. Jack Miller of Pramac Ducati though had a better start and was quick to take the lead but could only sustain the advances from Vinales for a few corners. The Spanish rider found a gap of in Turn 4 and passed the Pramac rider taking the lead. He soon extended his gap by half a second over the rest of the field. Meanwhile, Miller was quickly losing pace and had eventually drop out after suffering an engine issue on Lap 8.

Pramac still had its hopes up with Bagnaia emerging as the stronger rider and was placed second behind Vinales right from Lap 2. Carrying over his fantastic performance from qualifying, the rider managed to take the lead at Turn 4 of Lap 6 when Vinales ran wide. The Ducati was immediately seven-tenths of a second over the Yamaha, which extended to over a second in the following laps. 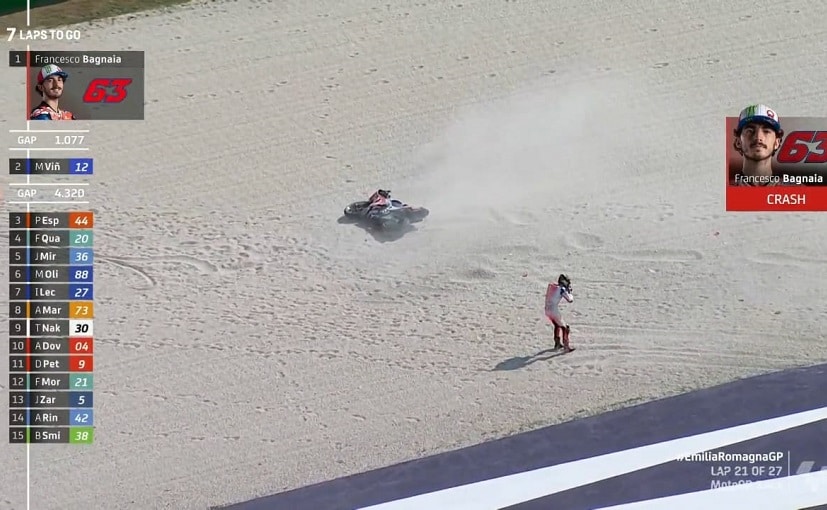 At the back, the rest of the pack suffered multiple crashed as KTM's Brad Binder crashed out at Turn 14, right after Yamaha's Valentino Rossi crashed on Turn 4 on the second lap. Bagnaia was untouched by the commotion and was now leading the race with a gap over 1.6s over Vinales. The top two riders though had pulled away from the rest of the grid with Pol Espargaro rising to P3 followed by Petronas Yamaha SRT rider Fabio Quartararo.

Bagnaia looked well on his way to win the Emilia Romagna GP but the rider lost control Turn 6 of Lap 21 crashing his way out of the race. The incident promoted Vinales to the top and there was no looking back for the rider, bagging  the factory team's first championship win of the season.

The following laps then saw the battle for second take place as Espargaro was losing grip due to a fading tyre. Quartararo found the right time to build pressure over the KTM rider. However, Joan Mir had moved up to P4 from P11 and was looking to pass both riders. The rider did get the opportunity to do so at the start of Lap 22 and moved up P3 passing Quartararo, which was followed by a pass on Espargaro on Turn 4 on the next tour.

Quartararo was quick to take P3 from Espargaro in the closing stages but was hit a by a long lap for exceeding track limits too many times. The rider failed to take the penalty loop which further brought a three-second penalty. This demoted the SRT rider to P4 promoting Pol Espargaro to the podium. Valentino Rossi crashed on Lap 2 ending his run early on

Finishing behind Quartararo was Miguel Oliviera on the Tech 3 KTM, while Takaaki Nakagami was the faster of the Hondas on the grid with the LCR rider finishing at P6, followed by Alex Marquez on the factory Honda taking P7. Ducati's Andrea Dovizioso finished at P8 in what was an uneventful race for the rider, followed by Franco Morbidelli of Petronas Yamaha SRT and Danilo Petrucci on the Ducati rounding up the top ten.

Johann Zarco of Avintia Ducati finished at P11 with Alex Rins on the second Suzuki coming in at P12. The final points were taken by Bradley Smith. The race had a fair share of crashes with Aleix Espargaro of Aprilia, Tito Rabat of Avintia, and Iker Lecuona of Tech 3 KTM joining Rossi, Binder and Miller.

At the end of eight rounds, Dovizioso continues to lead the rider standings with 84 points but Quartararo has closed in with the difference down to just a single point between the riders. Meanwhile, Maverick Vinales is running third with 83 points, equalling that of Quartararo and is contender for the world title.