NASCAR Stands In Solidarity With Bubba Wallace After Noose Incident

The NASCAR race on Monday started with the 26-year-old Wallace surrounded by all 39 other drivers and they were joined by their crews as well at the Talladega Superspeedway. 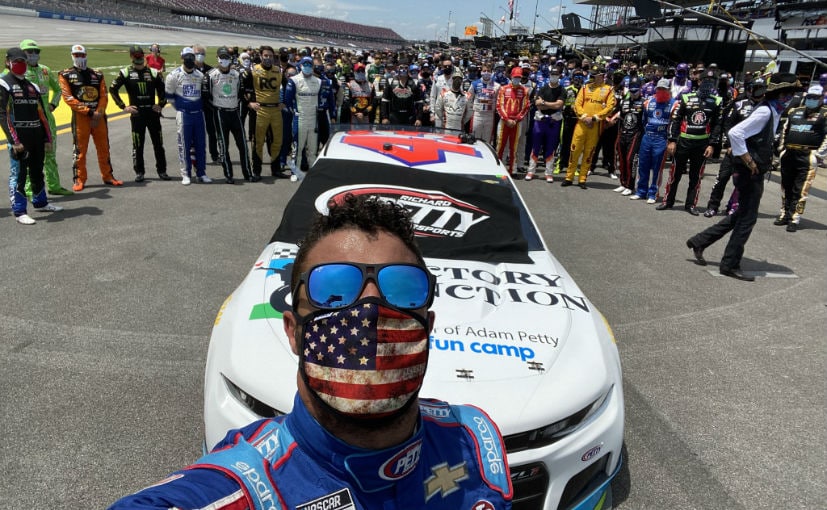 American stock car racing, NASCAR, started its recent race with an extraordinary act of solidarity for its only black driver Darrell Wallace Jr., more commonly known as Bubba. Dozens of drivers pushed the car belonging to Wallace to the front of the field as a show of support after a noose was found in the driver's garage over the weekend. The incident has sparked massive uproar as a racist attack amidst the nationwide protests in the wake of George Floyd's death in the US. The Federal Bureau of Investigation (FBI) is investigating Wallace's case.

It's moments like this that make us proud to have @BubbaWallace in the garage every weekend. pic.twitter.com/pJKQievxjP

The NASCAR race on Monday started with 26-year-old Wallace surrounded by all 39 drivers and they were joined by their crews as well at the Talladega Superspeedway, Alabama. The incident happened weeks after NASCAR announced its decision to ban the confederate flag across its properties on Wallace's urging. The flag that represents the divided nations of America from 150 years ago, is seen as a symbol of white supremacy in the modern times.

NASCAR has vowed to permanently bar the person responsible for keeping a noose in Wallace's garage. The investigation though is said to be in its early stages. The workers painted #IStandWithBubbaWallace on the infield grass before the race as a show of support. 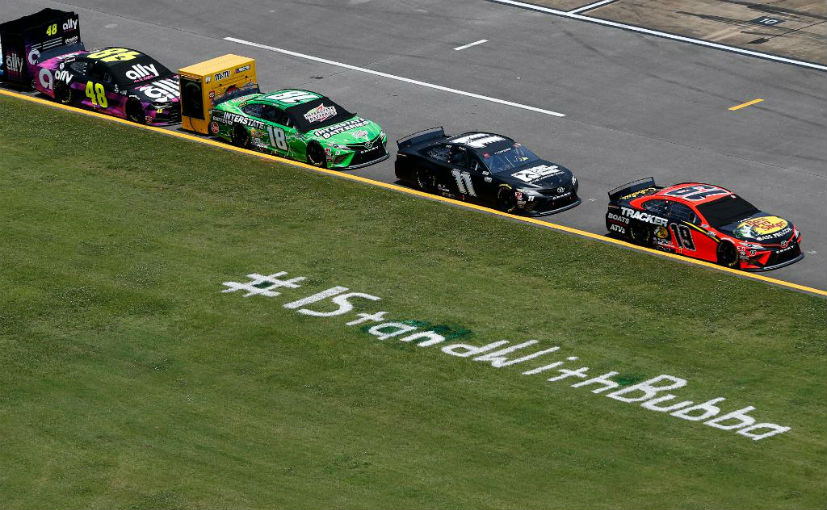 African American citizen George Floyd died after Minneapolis Police officer Derek Chauvin pressed his knee on Floyd's neck for over eight minutes. The widely watched bystander video of the racially charged incident sparked massive protests across the US for the past 45 days with protests against racism extending to countries in Europe, Australia, Africa and Asia as well. The protests evolved into riots in several parts of America, as protestors took to streets with the slogan 'Black Lives Matter'.

Also Read: Hamilton Leads The Charge In F1 To Speak About The Death Of George Floyd; Teams & Drivers Follow

Not just NASCAR, even Formula 1 has taken a stand against racism. The organisers of the premier motorsport championship showed support to Lewis Hamilton after the only black driver and reigning world champion called out his contemporaries and teams for the lack of voice against racism.