The latest spy picture of the Nissan Magnite subcompact SUV suggests that the SUV is production-ready and gives us a slight idea of how it has shaped up from the concept avatar. 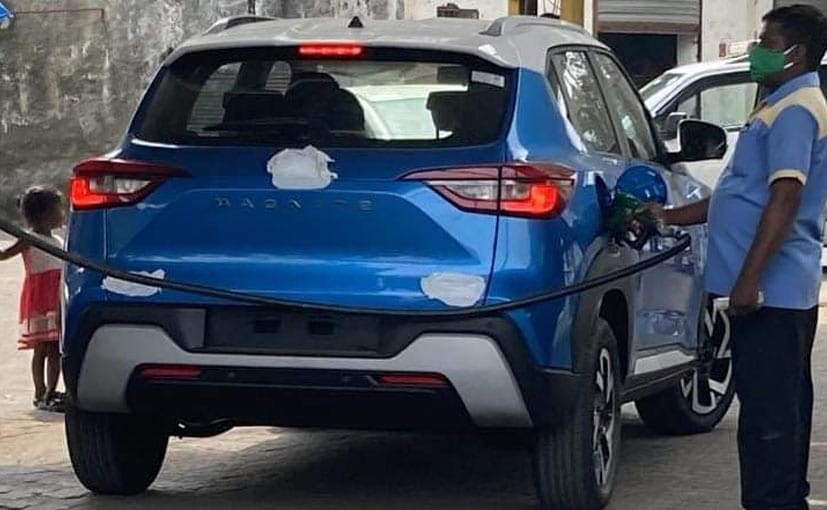 View Photos
The Nissan Magnite will be the next subcompact SUV in the Indian market.

The subcompact SUV segment is the rapidly burgeoning segments in India and has been luring almost every mass market carmaker. After the Korean duo, Japanese carmakers have been eyeing the segment and coming up next is the Nissan Magnite. Nissan's first subcompact SUV was to be revealed and launched in India by the end of 2020 but now that's been moved to 2021. The production version of the Magnite has been spotted sans camouflage at a fuel filling station. The latest spy picture also suggests that the subcompact SUV is production-ready and gives us a slight idea of how it has shaped from the concept avatar. However, we can only see the rear of the car in the image. 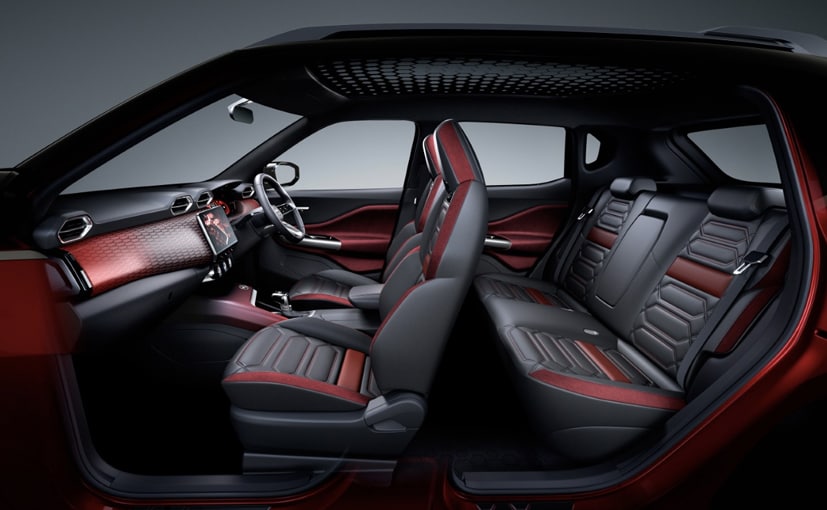 The Nissan Magnite Concept's interior reveals the dual-tone theme, integrated headrests for the front row and a centre armrest for the second row

The Nissan Magnite has the stance of a compact crossover and this one looks like the range topping trim finished in dual-tone blue and white and gets dual-tone machine finished alloy wheels that look like 17-inchers. The tapering roofline and rear windscreen have a slight resemblance of the Kwid and so does the tailgate. Just like Renault's Kwid, the license plate area too has been moved down to the bumper and we can see massive claddings around the wheel arches along with a huge skid plate at the rear. The sleek taillights, though, remind us of the Triber. Also, don't miss the wide Magnite lettering on its tailgate.

Also Read: Nissan Announces Discounts Of Up To ₹ 75,000 On BS6 Kicks SUV In September 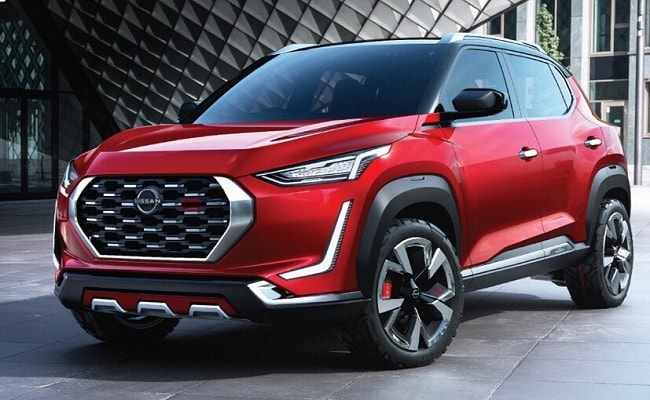 The wide grille and bold claddings on the wheel arches give it a squarish look and hence it looks butch.

We have seen images of the Magnite concept and the front end looks rather imposing, sporting a tall and wide grille, flanked by sleek wraparound LED headlamps. The bold claddings on the wheel arches give it a squarish look and hence it looks butch. A sharp belt line on the concept rises towards the end, making the haunches look more pronounced which further complement the sloping contrast roofline. That really gives it a sporty stance, and it has the spunky demeanour of an urban SUV well intact.

It will be underpinned by the CMF-A+ modular platform.

Speaking of what goes under its hood, we expect the 1.0-litre, three-cylinder BS6 petrol motor from the Triber which could be sourced in the Nissan Magnite as well. The lower variants are likely to get this engine in naturally aspirated avatar, churning out 71 bhp and 96 Nm of peak torque while there is likely to be a sportier turbocharged version of the same 1.0-litre motor which will belt out around 99 bhp and 160 Nm of peak torque. Transmission options will include a standard five-speed manual transmission which an automatic CVT gearbox could be optional. The Nissan Magnite will be based on Renault's CMF-A+ platform.