The updated 5-seater VW Tiguan was unveiled last year, and the fact that the SUV is here, undergoing road tests, indicates that the German carmaker might be considering launching it in India. 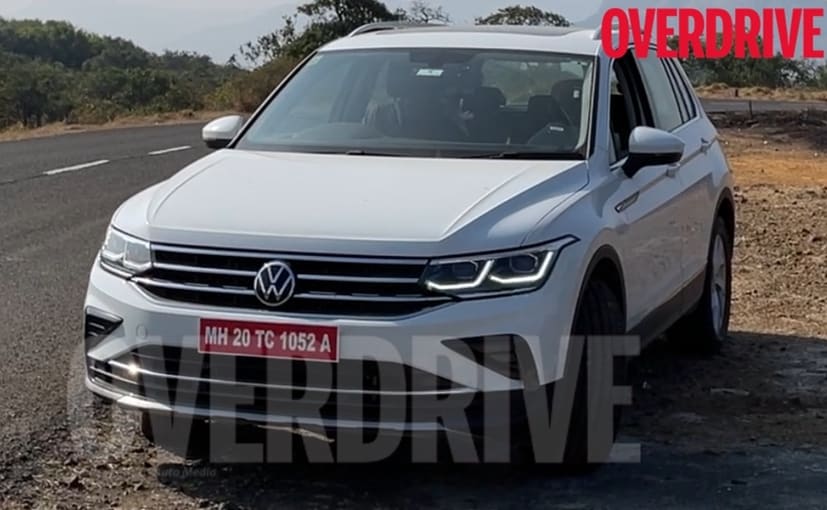 The 2021 Volkswagen Tiguan, 5-seater SUV, has been spotted testing in India without any camouflage. The updated 5-seater Tiguan was unveiled last year, and the fact that the SUV is here, undergoing road tests, indicates that the German carmaker might be considering launching it in India. Earlier in 2020, Volkswagen India launched the three-row, 7-seater version of the SUV, the Tiguan AllSpace, so it is possible both may be sold simultaneously. The facelifted Volkswagen Tiguan comes with an updated design, revised styling and a bunch of new and refreshed features.

Upfront, the 2021 Tiguan features a new 3-slat grille with new VW logo at the centre, while flanked by the new double-barrel LED projector headlamps with twin LED daytime running lamps. The bumper is also new, and it comes with black inserts with a wide central airdam with chrome highlights. The car also comes with wheel arch and side body cladding, along with a set of new alloy wheels. 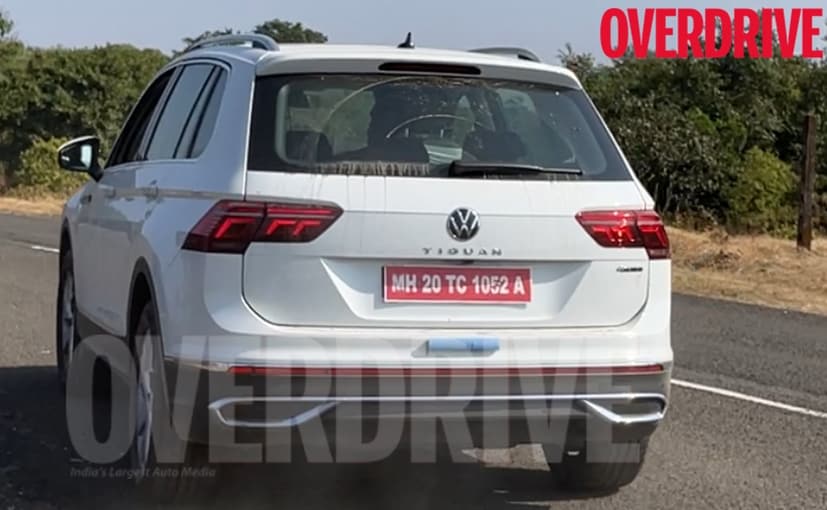 The rear section too has been updated featuring a set of new angular, wraparound tail lamps with LED signature lights, a new sculpted tailgate with centrally positioned Tiguan logo, and a spoiler with high-mounted LED stop lamp. The SUV also gets a new rear bumper with chrome accents and a reflector strip. The SUV also gets a pair of silver roof rails.

The spy photos also give us a glimpse of the cabin, revealing the updated dashboard, which looks similar to the set-up in the Tiguan AllSpace, however here, it appears to get all-black treatment. The touchscreen infotainment display is new and will come with Apple CarPlay and Android Auto support, but we also expect the SUV to offer wireless charging. The SUV also gets a new three-spoke flat-bottom, multi-functional steering wheel and a fully digital instrument cluster, which is also expected to get the virtual cockpit system. 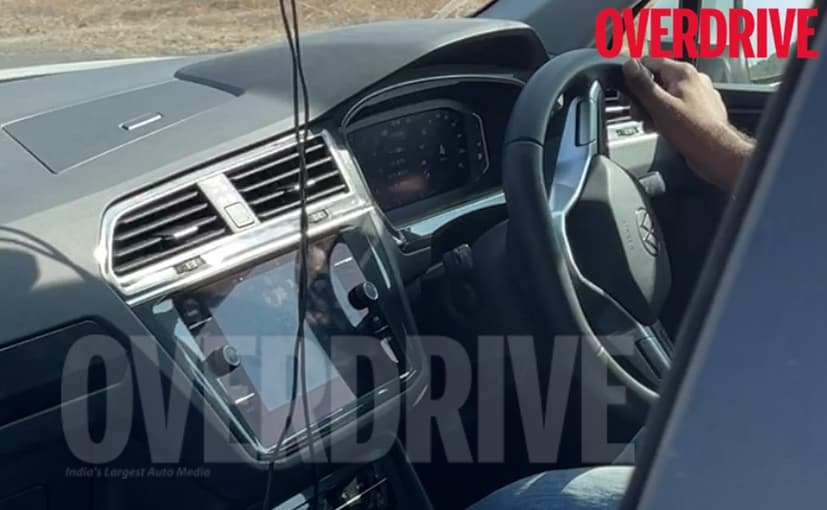 The 2021 VW Tiguan comes with an all-black cabin with a new touchscreen infotainment display, with Apple CarPlay and Android Auto support

Under the hood, the 2021 Volkswagen Tiguan will come with the same 2.0-litre TSI engine that powers the Tiguan AllSpace. The turbocharged petrol engine is tuned to make 188 bhp and 320 Nm, while mated to a 7-speed DSG automatic transmission as standard. The SUV is also likely to get the company's 4Motion all-wheel-drive system (AWD) system which was available in the pre-facelift model as well.