2021 Volkswagen Tiguan Unveiled For European Markets; Will Get A New Hybrid Variant

The new Volkswagen Tiguan gets an updated front end and a new hybrid powertrain which will be offered in the European markets. 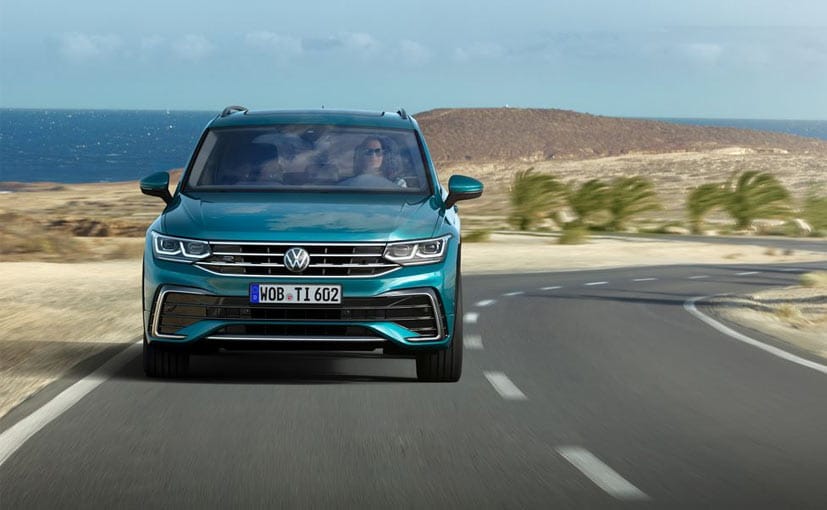 The Volkswagen Tiguan was the bestselling model in the German carmaker's line-up last year with over 9.10 lakh units being sold across the globe. The car in fact, has had its share of success in India too. However, moving forward, Volkswagen has given the Tiguan a mid-life update with majority of the design changes being centred on its face. It is a facelift which sees a whole bunch of cosmetic updates and there's a new hybrid powertrain this time around. The Tiguan facelift has been unveiled for the European markets and while there's no confirmation yet, on whether India will get the model at as well. 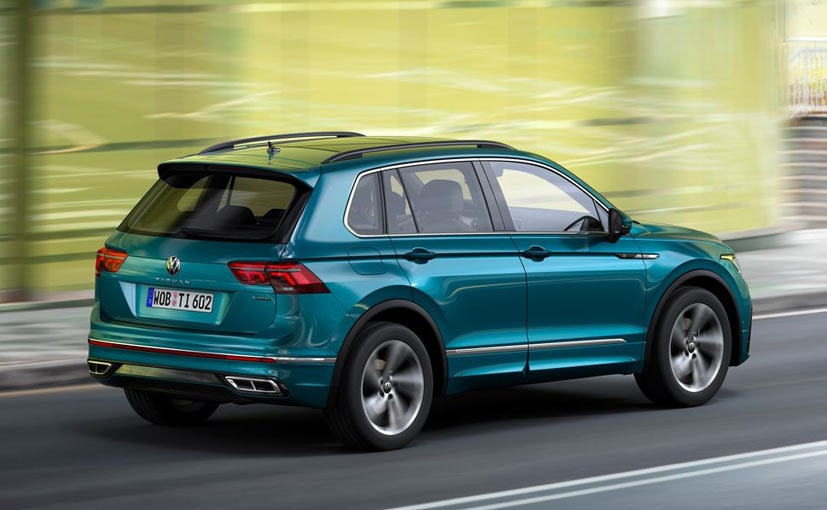 It also gets new alloy wheels and dual exhaust tips at the rear.

Up front, the Tiguan facelift draws design cues from the Jetta and Atlas Cross Sport. First up are the new headlamps which look sleeker than the ones on the current model and then the grille too has slimmer slats giving it a more aggressive look. The front bumper has been revised with sharper lower air intake and the curtains around the fog lamp housing have been tweaked as well. The profile and rear of the Tiguan facelift remain identical to its predecessor. 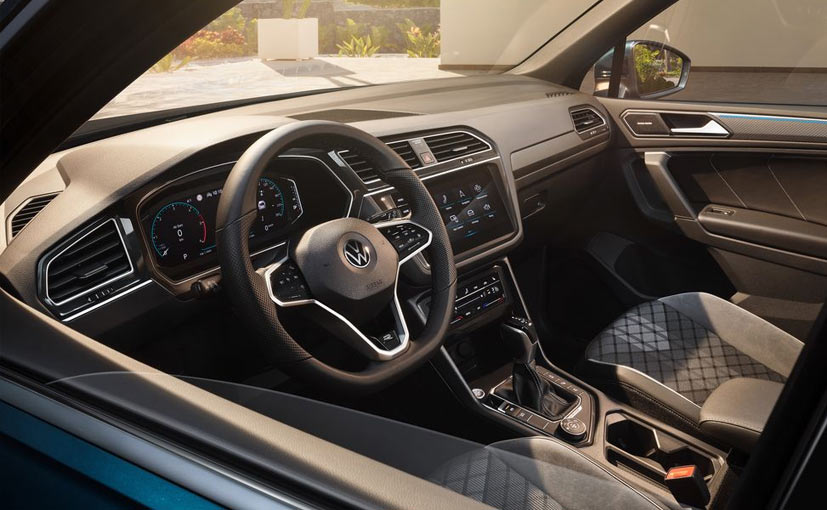 The cabin has been updated with new features and a 10.25-inch infotainment touchscreen.

On the inside, Volkswagen has also added a digital version of the new multi-function steering wheel, featuring illuminated touch islands and sliders. An all-new touch module is offered integrating the climatronic automatic climate control functions on mid-range models of the Tiguan facelift. In addition to touch buttons, generously sized and illuminated touch sliders are used for fan and temperature control. The touch buttons can also be used to operate functions such as the standard heated front seats, rear window defrost, and to open the air-conditioning menu. Illuminated USB-C ports are located under the air-conditioning module as well. It will also feature the latest generation modular infotainment system (MIB3), a standard configurable digital instrument panel and the next-gen personalisation system. MIB3 offers natural voice control, multi-phone pairing that can easily switch between devices, and wireless App-Connect. The Tiguan facelift is also equipped with the Volkswagen Digital Cockpit, which allows the driver to configure the instrument display. An 8-inch display comes standard, and top trim models will get a massive 10.25-inch display, 15-color ambient lighting system and a 480-watt Fender premium audio system among others. 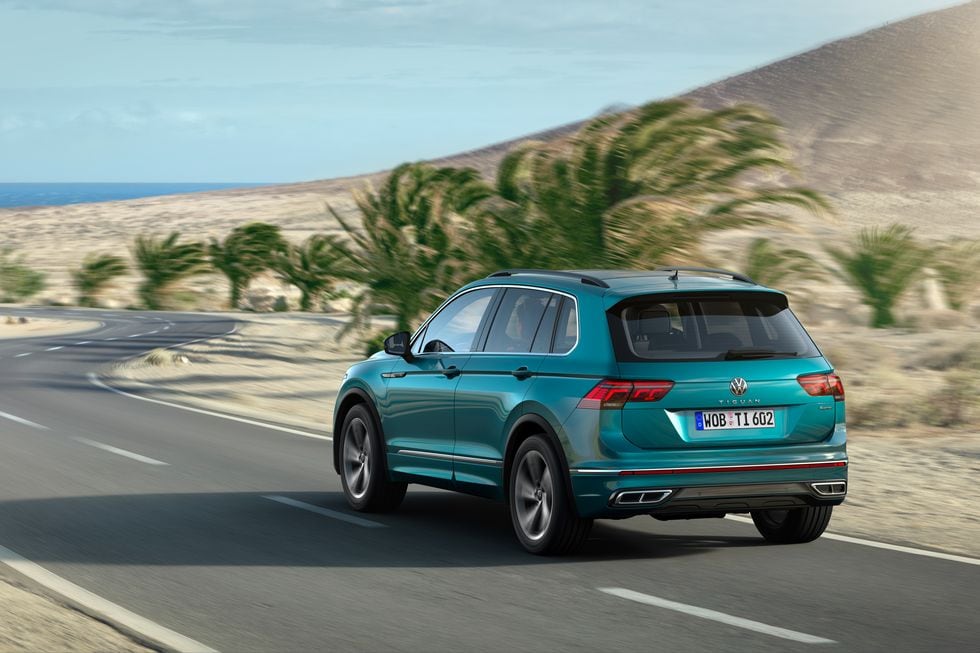 The profile and rear remain identical to its predecessor.

Under the hood, the range-topping Volkswagen Tiguan R will get a 2.0-litre, four-cylinder petrol engine that will pump out 181 bhp and about 300 Nm of peak torque and will be mated to an eight-speed automatic gearbox. It will continue to get the 4Motion all-wheel drive (AWD) system and expect it to get all-terrain kits and modes as well. The hybrid models will get a 1.4-litre petrol motor with an electric motor which can give it an all-electric range of 50 km according to the WLTP cycle. It can take a top-speed of 130 kmph in the EV mode. The combined output of this powertrain is rated at 242 bhp and it will be mated to an eight-speed automatic transmission.

As far as the Indian market goes, there are no plans for the Tiguan facelift to hit our shores in the near future, but given that the company is going big on SUVs with the 'SUVW' campaign, we will not be surprised that the facelift soon makes to our market. Currently the 5-seater Tiguan is not available in the BS6 avatar in the country and it is just  the Tiguan Allspace for now. The Tiguan 5-seater SUV was locally assembled while the Allspace comes to India as a CBU but the company is looking to assemble the car here if there's good demand for it.