We have the first impressions on the much talked about upcoming Nissan Kicks compact SUV. The big play is on styling and some cool tech. But how does the car drive? And are setting up for a battle royale with the Hyundai Creta? Read on! 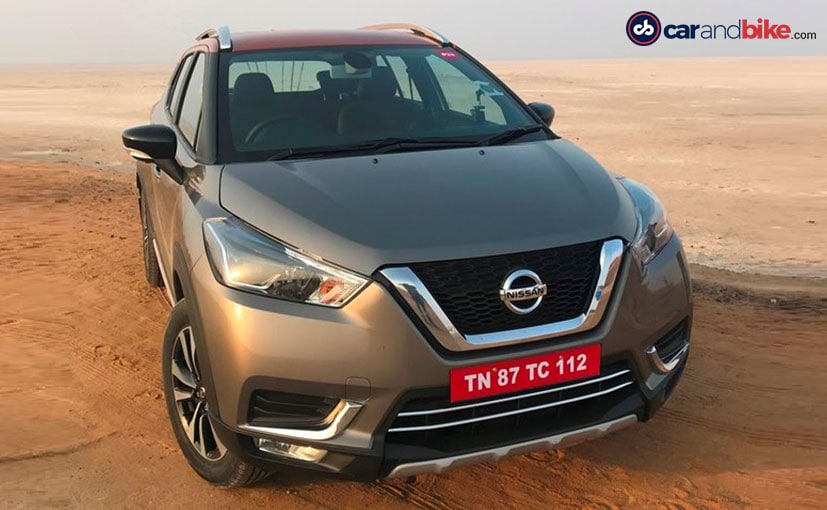 Kushan Mitra drives the new Nissan Kicks not only on the road but also gets a taste of it on the white desert. A good way to start an SUV review, we think. The landscape between Bhuj and the village of Dhordo at the start of the White Desert that separates Gujarat from Sindh is barren. But the fleet of Nissan Kicks compact SUVs or Sports Utility Vehicles storming across the sandy plains gave a much-needed splash of colour. The Nissan Kicks was unveiled a few months ago and discussions about the cars exterior design have gone on for a while. The 'floating roof' concept that is popular with carmakers nowadays is particularly well executed on the Kicks. But how is it to drive, given that the Kicks is Nissan's version of the Renault Captur - a vehicle that didn't set the market alight when it launched. The cars we tested are all top-spec diesel manual variants, featuring the same 1.5 litre 110PS (108 bhp) dCi engine that we have known since the Duster, mated to a six-speed gearbox. There is a petrol option with a 1.5 litre 106PS (104 bhp) engine as well which has a five-speed box that we didn't drive. Surprisingly, given the demands of consumers in this segment, Nissan India is not launching the car with an automatic option - just like the Captur didn't. Nissan executives admitted that's a miss, and hinted that an automatic - possibly a standard torque-converter box - is on its way for both engine options. Hope it comes sooner than later given about 30 per cent of that market is now going auto. 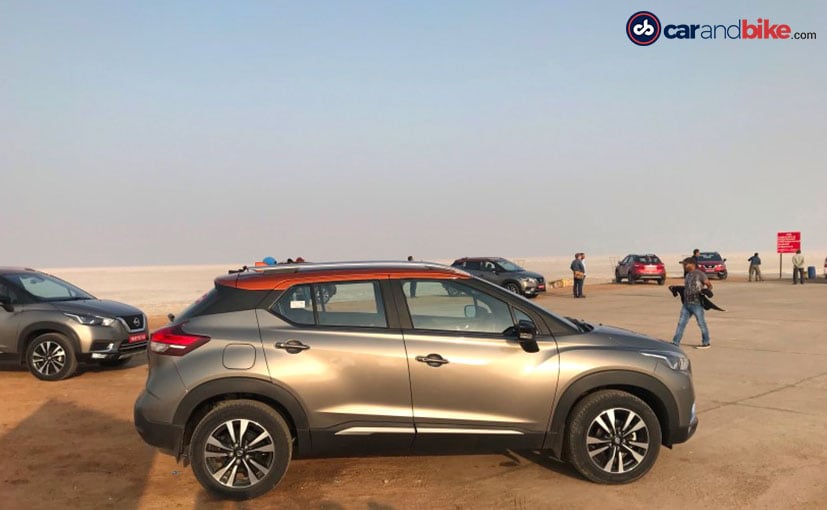 From a drive technology point of view, the Nissan Kicks has a Hill Start Assist feature, Vehicle Dynamic Control (Nissan's name for a stability program) as well as a 360-degree camera for reversing and driving into tight spots. The camera works until the vehicle crosses 10 kilometres per hour. The 'All Round View' feature is a first-in-class USP and is really useful in tough situations. As for drivability, the road to Bhuj was very straight and level for the large part so there was not much one say on the handling front. Ride quality however on the few bumpy, rather undulating asphalt was better than one would have expected, although these were factory fresh cars. But given how we liked both departments on the Captur, this is not altogether surprising. NVH (or noise and vibration) levels are superb. After a little start-up clatter, the Kicks is very quiet both inside and outside. The engine also delivers enough power when you need it, acceleration from 30 kmph per hour in third gear is very good and even when you're on sixth gear at around 1200 revs and doing 80 kmph, the Kicks can easily climb to highway speeds without seeming to strain. The car also does not feel uncomfortable going fast for extended periods of time. The 75 kilometres between Bhuj and Dhordo were covered in just over an hour, and yes it helped that the cows in the area had gone to sleep - possibly smart given its election season! 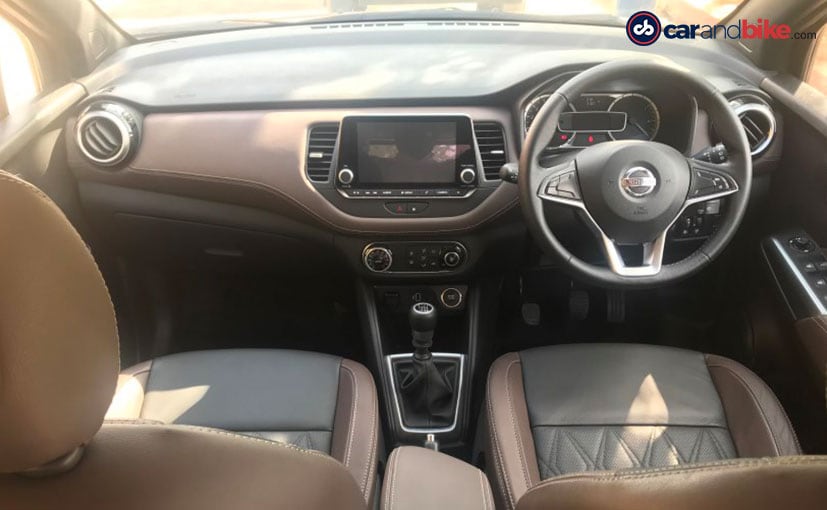 Drivability niggles now! Firstly the cruise control buttons - the only buttons on the steering - are a bit confusing. The telephone and media operations are behind the steering wheel a la Renault, and you cannot use them with a smartphone interface like Apple CarPlay. Irritatingly for a Japanese car the turn indicator stalk is on the left and most painful in our opinion is the cramped space down at the pedals. There is no dead pedal and you genuinely have nowhere to rest your foot in the footwell. This is peculiar given that there is a lot of space in the passenger footwell! The only conclusion one can draw from this is that the Kicks for India is likely a left-hand drive car that has been hurriedly brought to market without some important changes being made. The transmission tunnel certainly seems to have a path that creates more space on the passenger side instead of the driver's! 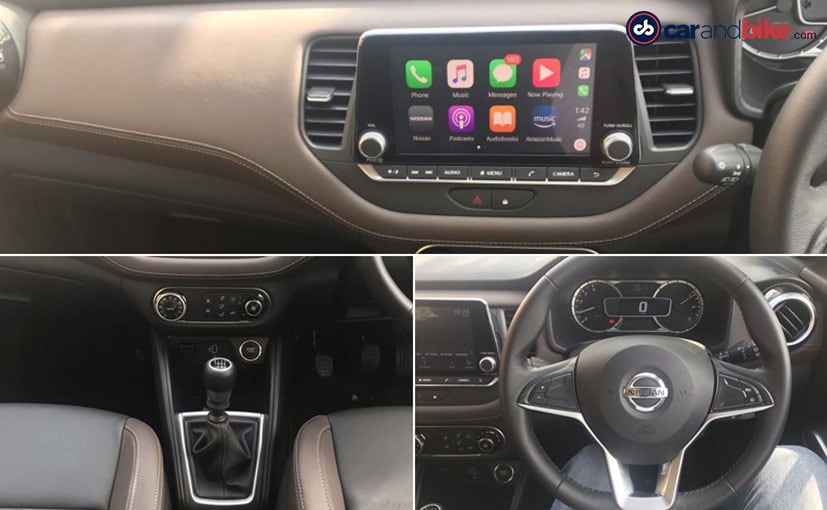 The eight-inch floating display, similar to those on some luxury or premium cars has a superb resolution; much better than anything on any other mass market brand. The touchscreen is responsive and the system starts up and works fast. Of course, it has Apple CarPlay and Android Auto. The sound system does the job well with audio quality being par for the course. The faux leather-wrapped dashboard and door trims do exude a feeling of luxuriousness, and the overall black and brown interior trim is pleasant on the eye - and rather different too (in a good way!). The rear seats though might feel a bit tight for those of you of larger dimension (particularly if the front seats are pushed back) with knee-room being an issue. Also with the sharply raked window, which looks nice from the outside does make the car feel a bit dark at the back. Of course, many of these issues and niggles will get sorted out as you begin to bear with/get used to them. 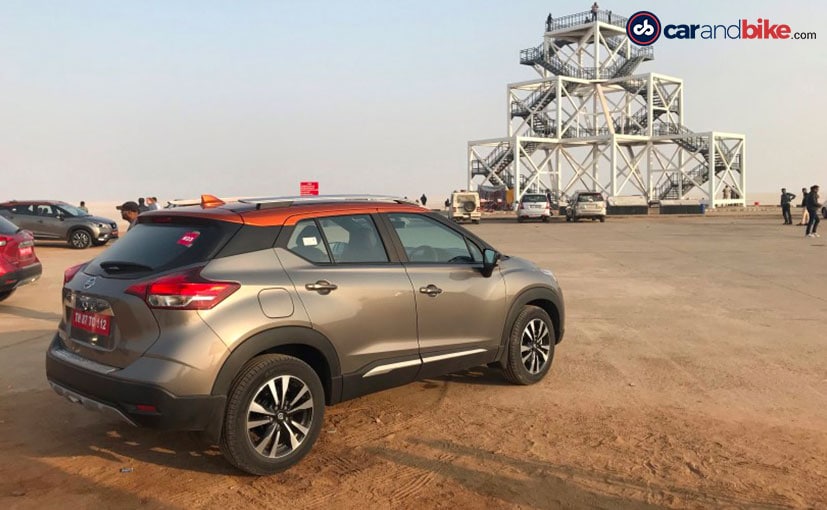 Will the Kicks give substantial competition to the Hyundai Creta - that's the million dollar question now isn't it? Hyundai's runaway superhit is hard to beat, and so much will depend on the price. Hyundai prices the Creta where it does - because it can. And we know simply going cheaper (read Renault Captur) isn't always enough. The Nissan Kicks definitely does tick all the boxes as a credible Creta competitor but it might need to undercut that car fairly significantly. So we await the launch now for the prices. But as a first impression, the Kicks makes a good one. The car is also unique enough in terms of looks and features to stand out. And Nissan certainly needs a hit in India. Perhaps this is the Kicks-start it needs!