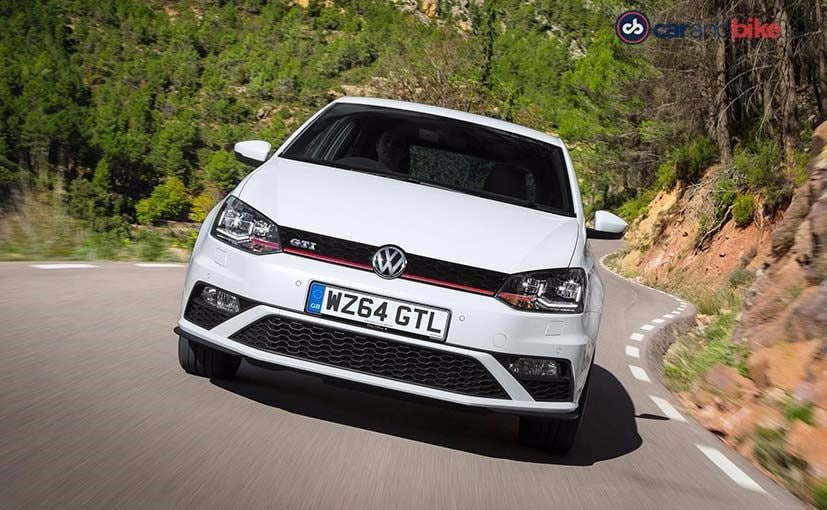 There are two headline figures to this review of the Volkswagen Polo GTI hot hatch. The first is 189bhp, the power output of the 1.8-litre TSI turbo-petrol motor shoehorned under the small hood. The second is the Rs 25.65 lakh (ex-showroom Thane) price tag of the Polo GTI! Both are shocking figures, we've never had a hatchback that's remotely as powerful nor as expensive (ah ok, we do have the MINI Coopers) but then again we've never had a proper GTI either! So on all fronts the Polo GTI promises to be a landmark car for the country. Let's start with what is under the hood.

Take everything that we know and love about the Polo - class-leading dynamics, a super-rigid body shell, fantastic build quality and a stability at speed that will put cars many classes higher to shame - and add a hefty dose of power. Proper power. In a world of downsizing the Polo GTI takes a hard left on the highway of upsizing and with a 1.8-litre TSI motor. It's the same EA888 motor that does duty in the Superb and Octavia and a motor that is closely related to the bigger 2-litre unit in the Golf GTI. It sends 189bhp to the front tyres of the dinky little hatchback - that's 12bhp more than what you get in the much larger (and heavier) Superb or Octavia. 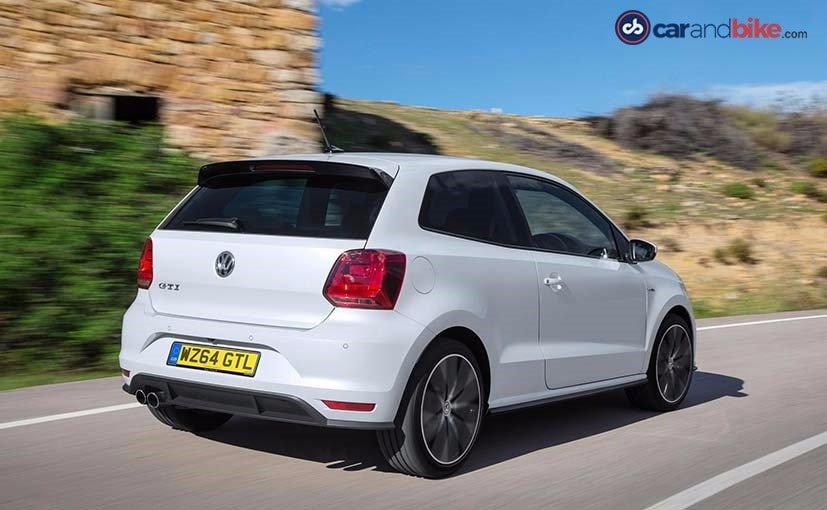 0-100kmph takes 6.9 seconds and it maxes out at 236 kmph. To remind you again, this is in a Polo that weighs 1.28 tonnes. And it feels properly fast, with the unique characteristics of a large-capacity motor. The 1.8 TSI unit has a load of bottom-end grunt, so much so that you only breathe on the throttle to get proper shove. There's a meaty soundtrack that is both powerful and grownup. And when you do rev the motor hard it has the toys to play at the very top of the rev range. The India-spec GTIs get only the 7-speed DQ-200 twin-clutch DSG automatic gearbox that drops torque to 250 Nm (320 Nm on the manual). In fact the manual has a 0-100 kmph time of 7.2 seconds. But then again research has shown the overwhelming preference for automatics in this segment and that's what VW have decided to offer to Indian customers - especially given the price of the car.

The day I drove the GTI the bright sunshine lathering Germany was replaced by dark brooding clouds and smattering of rain that made the Autobahns and secondary roads around Wolfsburg greasy and slippery. It meant the ESP triangle was flashing even in third gear but that said the GTI isn't overwhelmed by all the power; it doesn't tie itself up into knots. It is lively and entertaining while being a proper Volkswagen in the sense that it always feels safe and secure, even when the roads are wet and greasy. 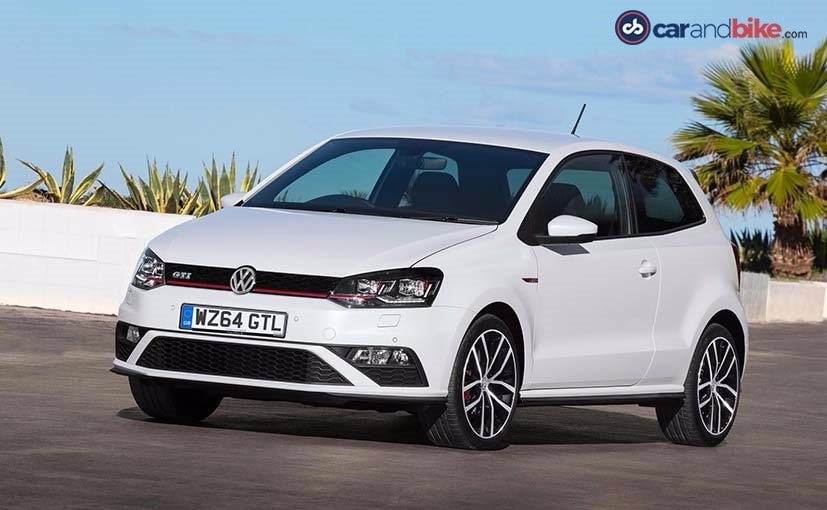 And when you do find dry roads, wow, it gives a new meaning to the term pocket-rocket. The acceleration is downright startling but as you get used to the turn of pace and move into the fast lane of the German Autobahn you realise it has enough firepower to keep up with fast moving, de-badged Audis and Mercs. On the handling front the tweaks to the suspension - wider track and stiffer anti-roll bars - have made the GTI more pointy, more darty and all but eliminated body roll. There's a lot of bite from the front end, enhanced by the wider and larger 16-inch rubber, and the lifeless steering feels a little less lifeless than in a regular Polo. Step on it on the exit of corners and the XDS+ electronic front differential lock (which mimics torque vectoring) does a game job of cutting inside wheel spin and the associated torque steer delivering great drive, a gratifying exhaust pop on upshifts and minimal fuss. And the latter is the main character trait on the GTI. You can't switch off ESP completely - you can't smoke the front tyres and be a complete hooligan. 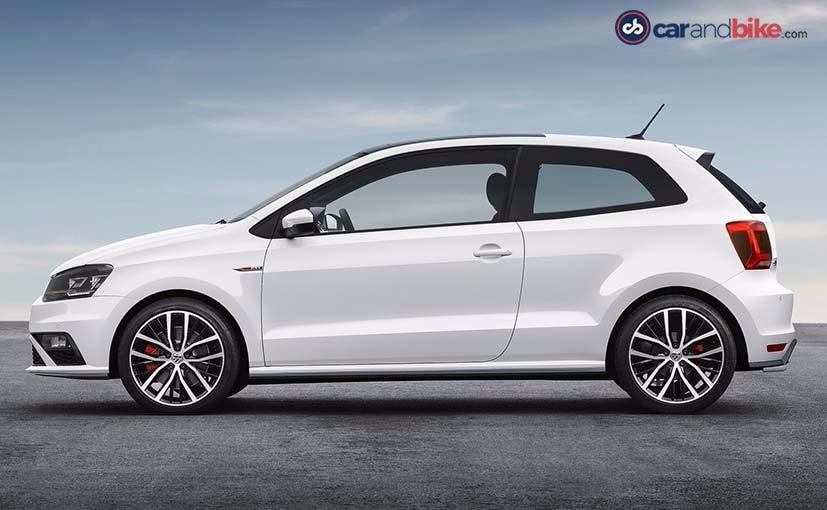 The first Golf GTI, VW's first GTI actually, got simple grey tartan (chequered) pattern cloth seats and, somehow, over time it became an iconic signature of the GTI lineup. If I were you I'd want the tartan seats then, but I don't think anybody spending 25 lakh rupees on a car wants cloth seats! So India-spec GTIs get leather seats, with heavy bolstering to keep in with the sporty theme. There's also a thicker-rimmed steering wheel with GTI branding and red stitching and gloss-black inserts to add a more expensive feel to the cabin. And the stereo now gets Apple CarPlay with MirrorLink.

While in Europe the Polo GTI has both three- and five-door variants, in India - to differentiate from the regular Polo, the GTI is available only as a three-door - putting a big dent in practicality. From the outside it does look like a shrunken Golf GTI, and that's a good thing. In terms of iconic detailing, it gets the red stripe on the honeycomb grille, a sporty front bumper with a wider air intake, deep side skirts, twin exhausts sticking out of the (fake) rear diffuser, a subtle roof spoiler, big 17-inch wheels with barely any daylight squeezing into the wheel arch gaps and day-time running lamps. It makes for an understated but fantastic-looking car. Homologation of the Polo GTI is complete and the first lot of GTIs are on the boat to India as you read the story. Take everything we know and love about the original Octavia RS, ramp up the performance by 30 per cent, shove it into a package that is 30 per cent smaller, lighter and nimbler, and you have the Polo GTI. It is eye-wateringly expensive but then again this is a heart-over-head car - a car for true enthusiasts, for people who enjoy driving. And on that front it delivers everything you could ask of it and then some.