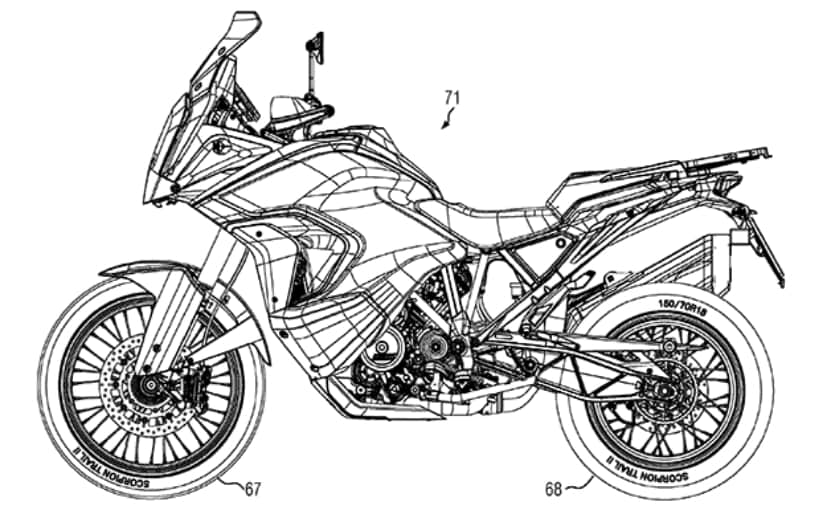 KTM has filed a latest patent application which shows a low-slung saddle-shaped fuel tank, updated fairing, and possibly some changes to the engine as well, to make the 2021 KTM 1290 Super Adventure conform to the latest European emission regulations. The rally-style fuel tank design allows for better weight balance, while not compromising on capacity and was first introduced by KTM on the 790 Adventure R, and subsequently on the 890 Adventure as well. Now, the 1290 Super Adventure, the flagship KTM ADV looks all set to incorporate a similar fuel tank design. 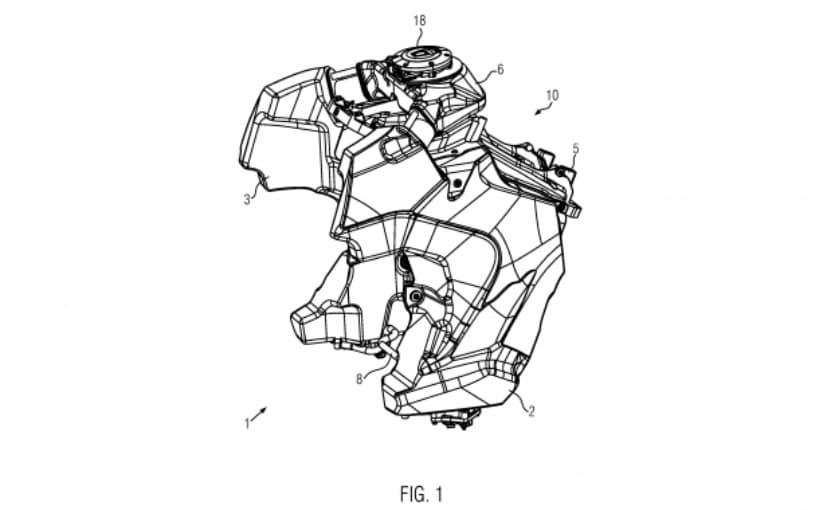 The patent was filed in May with the US Patent and Trademark Office following an earlier filing in Germany. The engine appears to be the 1290 Adventure's 75-degree v-twin and a steel trellis frame and sub-frame that appear to be similar in structure, apart from a few changes. The subframe could be new, as is the swingarm, which gets a slightly different design than the outgoing model. The windscreen also looks taller than the 2020 model, and the face is expected to be slightly different as well, with a new design to accommodate the Bosch radar unit which will power the adaptive cruise control. Along with that is expected a rear-facing radar unit for blind spot detection. 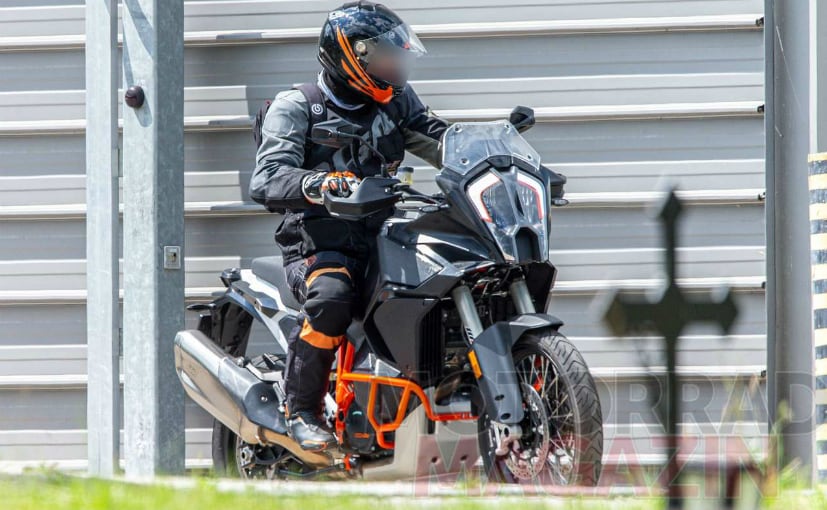 The new KTM 1290 Super Adventure has some extra cladding on the bodywork, under which sits the split fuel tank, and dual radiator

The new model sports wire spoke wheels in the illustrations, with tyres which are labeled Scorpion Trail II. What is not known is if there are any major changes to the powerplant, or if it's the same 1,301 cc v-twin engine as before. Considering the model is going to meet the Euro 5 regulations, the engine is expected to have some modifications, along with the latest electronics package. And considering Ducati has already unveiled the new Multistrada V4, there could be some changes in the engine as well, to take the fight to Ducati. While KTM usually showcases its latest models at the EICMA show in Milan, which is held in November every year, this year, there's no EICMA show due to the COVID-19 pandemic, and KTM could very well announce the new flagship ADV very soon. Considering KTM doesn't offer the 1290 Super Adventure on sale in India, it's unlikely to introduce the 2021 model as well.