70 Years Of Porsche: 10 Greatest Porsches Ever Made

What is arguably one of the greatest sportscar makers in the world, Porsche turns 70 today! And I take a look back into Porsche's history and bring you what I think are the 10 greatest Porsche's ever made. 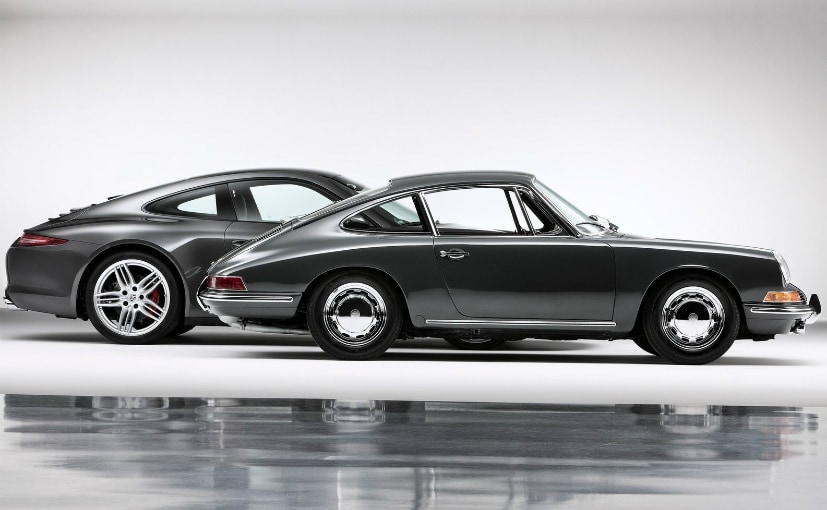 Porsche is 70! What is possibly one of the greatest automakers in the world today, the German auto giant has gone from being a small time sports car maker to appeal to the enthusiast to an automobile power house making cars for a wide cross section of users. And if that's not all, Porsche's sheer dominance of motorsport has been well documented. Not only are they the most successful LeMans team ever, Porsche has also showcased prowess in almost every sort of track based - and even occasionally some off road motorsport. So here is what I think are the ten greatest road going Porsches ever made. Have a different list or think we missed out of some iconic Porsches? Remember to tell us what you think on our Twitter, Facebook and Instagram feeds! Lets start with my favourite Porsche of all time. The absolutely epic looking 944 - especially in Turbo trim. The 944 is the epitome of the wedge era with its uber sexy pop-up headlamps and those iconic telephone dial wheels. The most iconic colour of the lot was of course the Guard's red but I personally prefer one in black with a set of Fuchs wheels on it. If that doesn't look evil, I don't know what does! Under the hood was a simple 4-cylinder engine that made over 250 bhp making it the most powerful 4-cylinder car at the time with 0-100 kmph in well under 6 seconds. And all this in the mid 80s! 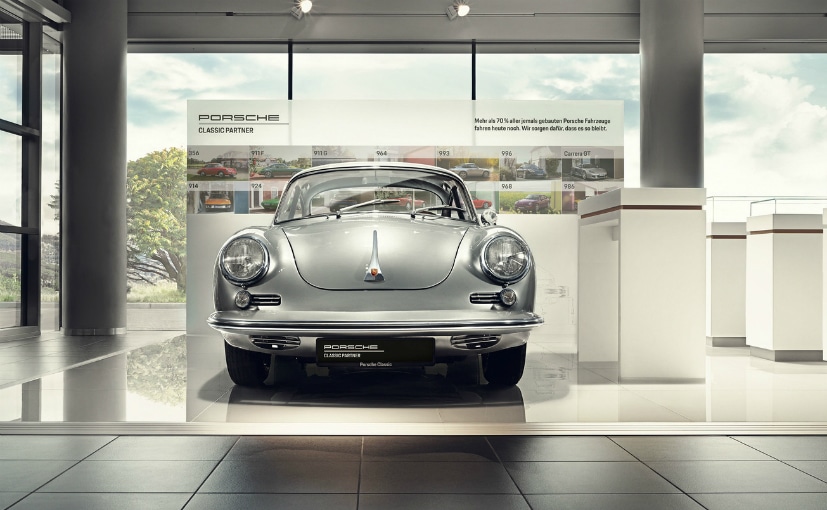 The car that started it all. The Porsche 356 was the first car that was developed by Ferdinand Porsche when the company was launched. And what an absolutely stunning car it is. A timeless design, Dr. Porsche took the Beetle philosophy (which he had designed himself anyways) and made a cooler sportscar for a new world post the second world war. Under the hood was a 35 bhp engine propelling the car to a top speed of just 135 kmph with later cars making more power with larger engines. 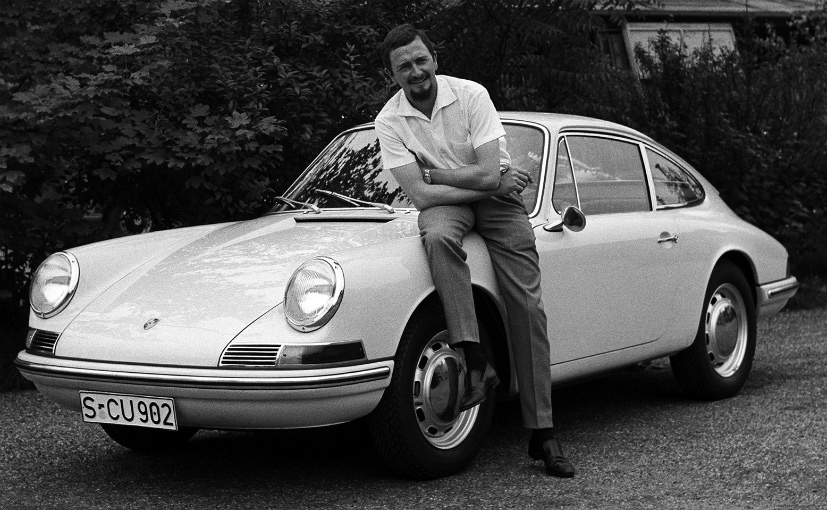 The 901 was the first Porsche 911. Why the 901 tag then? Well, that's because the first ever batch of the 911 were actually badged 901 until Peugeot took objection of the nomenclature as it had trademarked all car names with the number 0 in the middle. Only 82 901s have ever been made and all of them are incredibly rare and sought after by Porsche collectors. 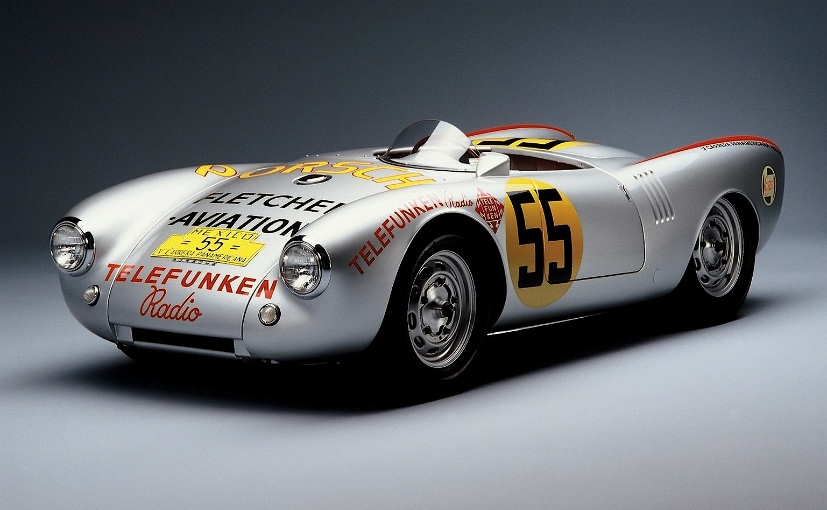 The car that took James Dean away from the world. The Porsche 550 Spyder is an absolute legend in the motoring community. Essentially, rebodied and much much faster 356, the Porsche 550 was the automaker's road going race car of the era. And yet, like most race cars of the time, it was a roadster. Tiny and yet with enough grunt to take on almost anything in its era, it was also Porsche's first mid-engined car. It is also one of the most famous kit car in the world today. 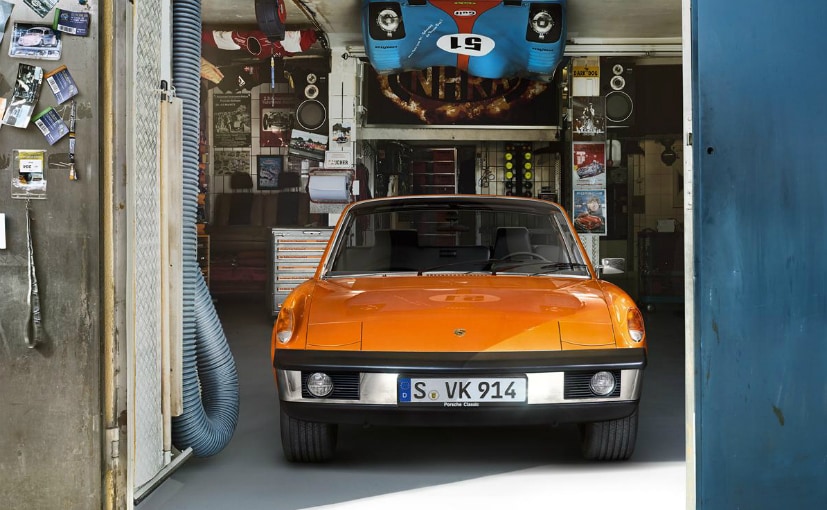 Another Porsche that many people overlook but I love personally. The 914 was the entry level Porsche at the time that opened a whole new audience to the Porsche brand. The 914 used the running gear from a Volkswagen Beetle and had a cute wedge shaped body normally with a Targa roof. While mostly unappreciated in its time, the 914 has since gone on to become a favourite of enthusiasts the world over especially those who love taking their car to a race track every weekend. 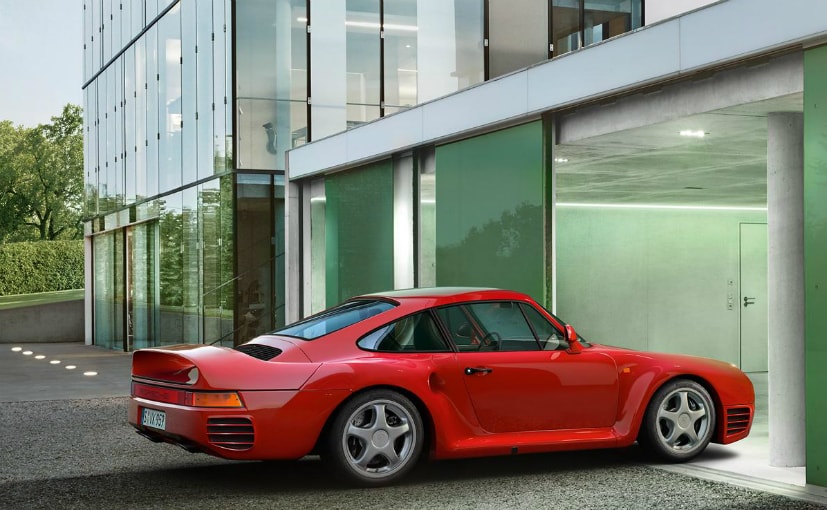 The Porsche 959 was without a shadow of a doubt the most powerful and the most advanced car when it was launched - only to be shadowed by the Ferrari F40's performance figures soon after. But the electronic advancements and the sheer tech that Porsche packed into a 959 was enough to blow engineer cars for years to come. All wheel drive, four wheel steering and a 2.85-litre 6-cylinder boxer engine that was enough to give it 444 bhp and take it to 198 mph or 319 kmph! 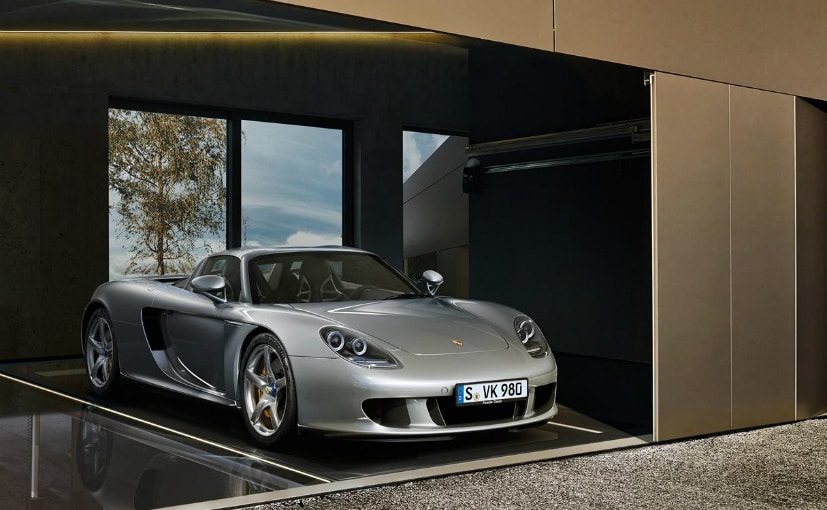 The Porsche Carrera GT is often know as the greatest manual-gearbox car ever made. A car that has enough performance in it to kill you if you take it for granted and even catch out some of the best drivers in the world, the Carrera GT has a literally a racing V10 engine mounted in the middle and a carbonfibre body all around. Available only with a targa bodystyle, the Carrera GT is infamous for being the car that Paul Walker was in while he crashed. The Carrera GT is also possibly one of the greatest sounding roadcars ever built, second only to the Lexus LFA. 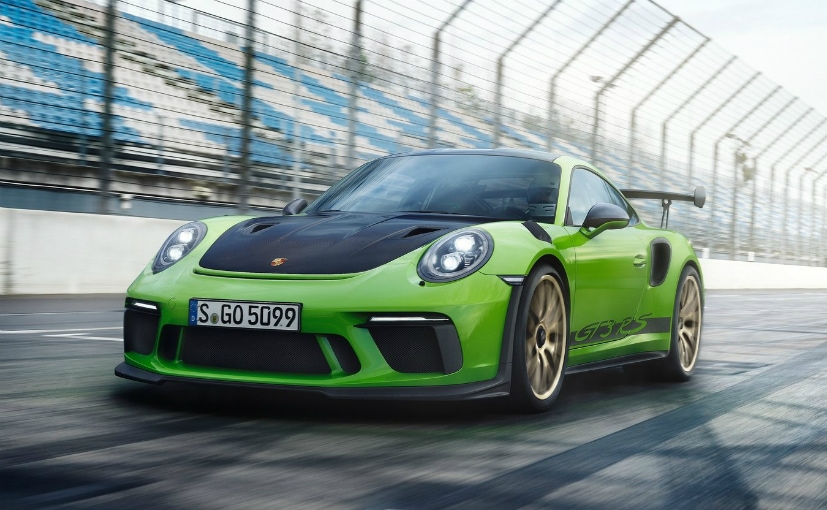 Allow me to generalise for a bit. While some might say that the next RS spec Porsche to hit the market will be the best driver's car in the world - and that's probably true, I look at the while lineup and wonder if there has ever been a bad RS badged Porsche in history. From the 3.2 Carrera RS of the 70s to the first GT3 RS of the 90s to the GT2 RS (widow maker) from a decade ago to the latest GT2 and GT3 RS, every single one of them deserves a mention in this list. But since we don't have a long enough list, im going to out ever RS spec Porsche in here for good measure 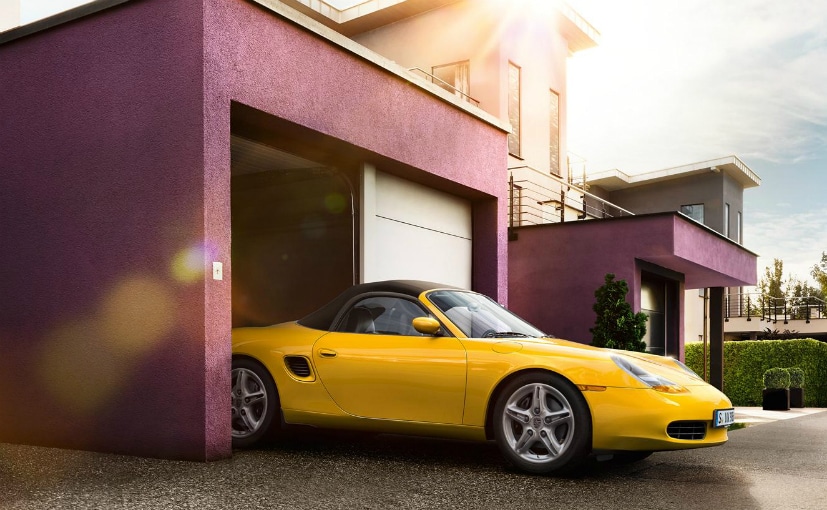 The world wondered what the German boffins at Porsche were inhaling when it launched the Boxster. Little did they know how popular this entry level sports car would eventually become. The 914 of our era, the Boxster has introduced a whole new generation of people to the line up with its mid mounted flat 6 and now flat 4 boxer engine. With an electronic soft top that tucked neatly into the back, the Boxster was extremely popular in the United States and brought in a whole bunch of money to the automaker which of course was used to make even more legendary sports cars 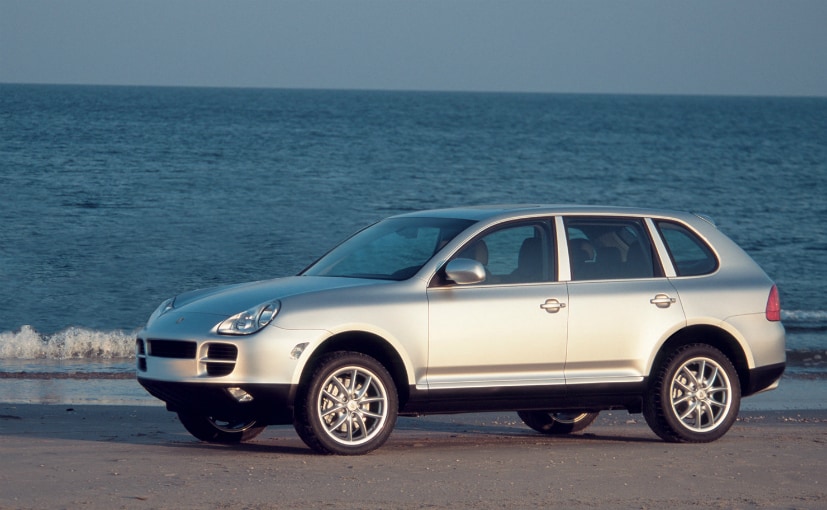 What is this doing here, you ask? Well, if it wasn't for the Cayenne, Porsche would not be Porsche as we know it today. There would be no new GT2 and GT3 RS to make the internet go wild and there certainly would be no hypercars either. The Cayenne was the car that saved Porsche. Almost at the brink of bankruptcy, this SUV was the right car at the right time for the sportscar maker and since has made them the undisputed benchmark in this category. Now in its third gen, the Cayenne is one of the most balanced SUVs in the market today with a super cool interior and enough performance to shame most sportscars. A true SUV in every sense. 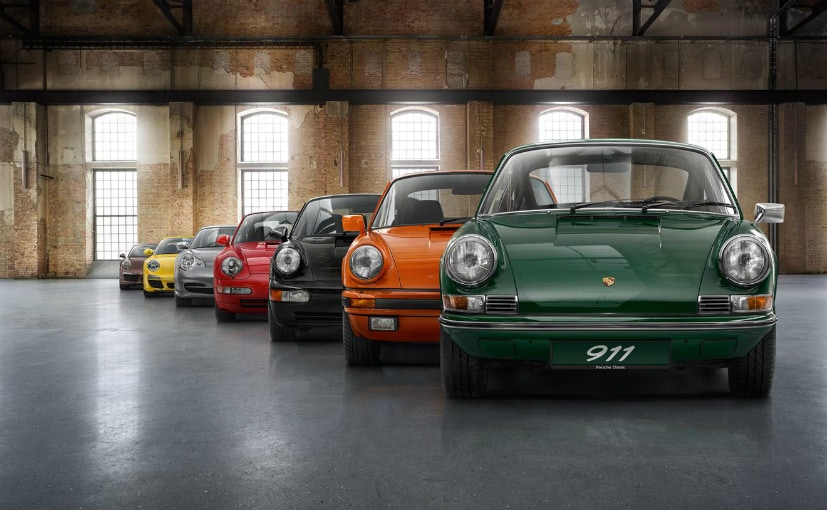 While these are in my opinion the top 10 Porsches ever, here are three honourable mentions I think this article deserves.

Skoda Karoq Almost Sold Out In India
47 minutes ago

Triumph Tiger 850 Sport Under Development; Launch Likely In 2021
9 minutes ago