The new Volvo XC40 Recharge electric SUV will also be the newest addition to the luxury EV segment in India, and the company's first all-electric model. Bookings for the SUV will open from June and deliveries will begin from October 2021. 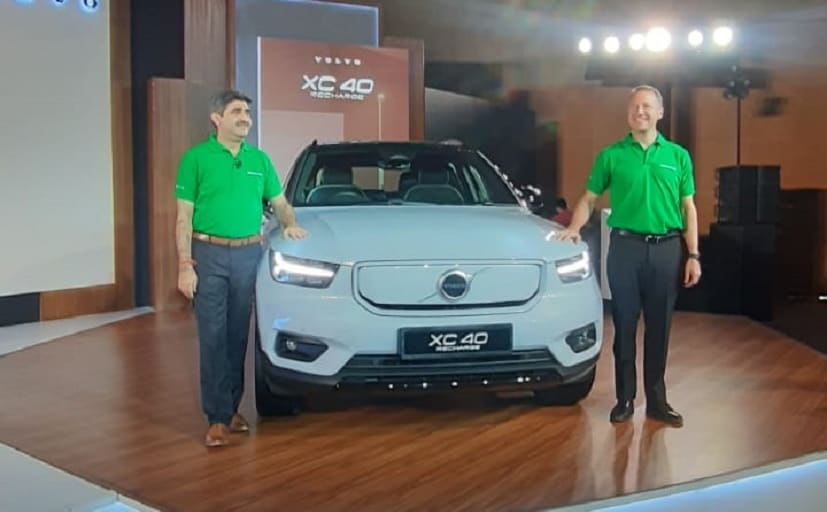 Volvo Car India has officially unveiled the new XC40 Recharge electric SUV in the country. The electric SUV, which was launched in the global markets last year, is the first fully electric model from the Chinese-owned Swedish carmaker. The XC40 Recharge will also be the newest addition to the luxury EV segment in India, which already has the Mercedes-Benz EQC, and the soon-to-be-launched Jaguar I-Pace. Pre-bookings for the new Volvo XC40 Recharge electric SUV will open from June onwards, while delivers will begin in October 2021.

Also Read: Volvo To Launch 1 Electric Car Every Year In India From 2021 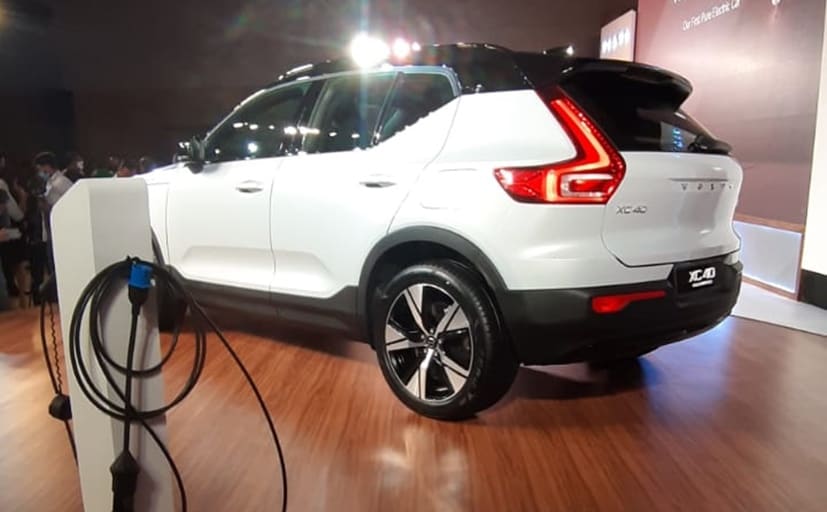 The new Volvo XC40 Recharge is being produced at the company's plant in Ghent, Belgium, and it will come to India as a completely built unit (CBU) model. The electric SUV comes with a dual-motor powertrain with 150 kW electric motors on each axle that converts to 402 bhp and 660 Nm of peak torque. The electric motors are powered by a 78 kWh battery pack that offers an approximate range of up to 418 km. It can achieve 0-100 kmph in 4.9 seconds. 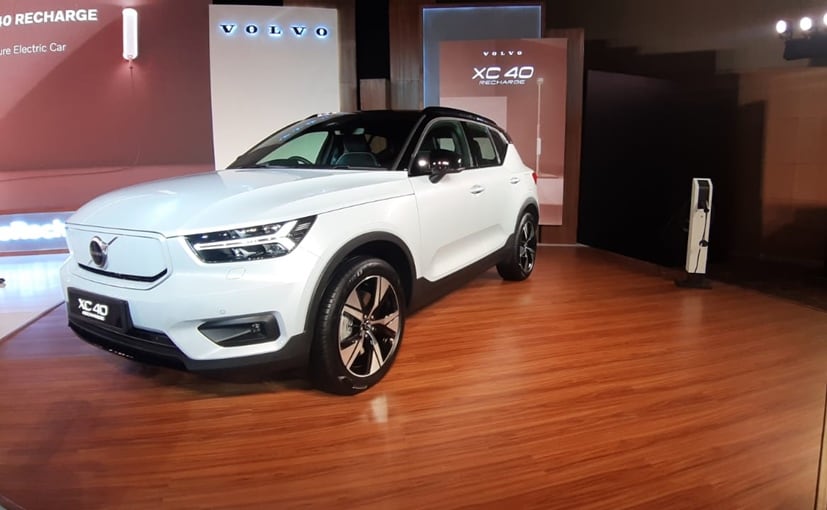 Like the regular XC40, the XC40 Recharge is also built on the company's Compact Modular Architecture (CMA) platform. Except for some of the visual markings that signify its electric nature, the rest of the elements are very similar to the XC40. Upfront, it gets a white-finished panel instead of a grille that houses the Volvo badge and the new alloy wheels are also new. Much like the Tesla cars, the XC40 Recharge also gets a frunk at the front that offers a small storage space of 31 litres.

Volvo has said it will launch one electric vehicle in India every year from 2021 onwards. The company has also confirmed that it's new C40 electric crossover will also come to India.