Some new unique technologies are under development at Apple Inc., and they include air scenting tech that may have been scheduled for the Apple Car which many people feel is a project that is abandoned. While the status of Apple's fabled project Titan, aka its self-driving EV is up in the air, Apple Insider is reporting that the Cupertino-based company may have developed a number of unique technologies. Some of these technologies include air scenting tech that may have been scheduled for the Apple Car which many people feel is a project that is abandoned. Aside from this, Apple has also developed unique camera technologies that may have the ability to identify landmarks, objects of interest and even detect broken windows.

The most fascinating piece of information that has flowed from a US patent filing from 2017 listing John Kearney, Clarisse Mazuir, Arthur Y Zhang and Samuel B Schaveitz has its inventors. The patent is particularly aimed for a climate control system with slit-vent fluid delivery, which describes a low-profile air conditioning system for cars. Apple Insider notes this is a very discrete ventilation system which may not even be visible to the passenger. Apple's system is unique also because it incorporates smells which could offset the need for perfumes or in-car air freshener devices. 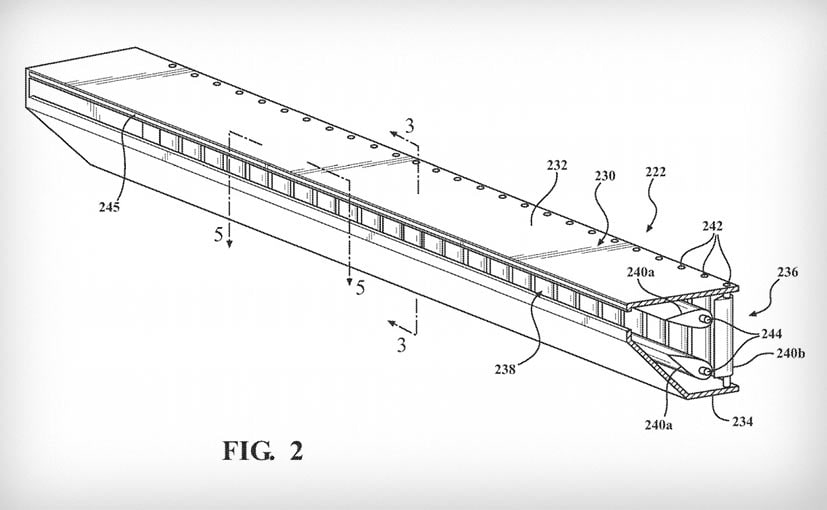 Apple's design for the air conditioning vent makes it discrete, visually indistinguishable from other elements of the cabin.

This design also incorporates thermal passages for variable types of temperatures. The patent not only covers the functional aspect of the air conditioning system but also the look and feel of the system.

Apart from this, Apple's team is also said to be designing a new camera system that could do high-levels of object detection. "Method and system for providing at least one image captured by a scene camera of a vehicle," said the patent filing. The filing states that the driver or passenger may be interested in identifying the objects for themselves or perhaps want to purchase the objects. Apple could be working on a technique to connect users to stores using the technology.

The patent filing suggests that the camera system could be so clever that it could monitor where the user is looking to determine what's of interest and there on move to acquire more information about the item. 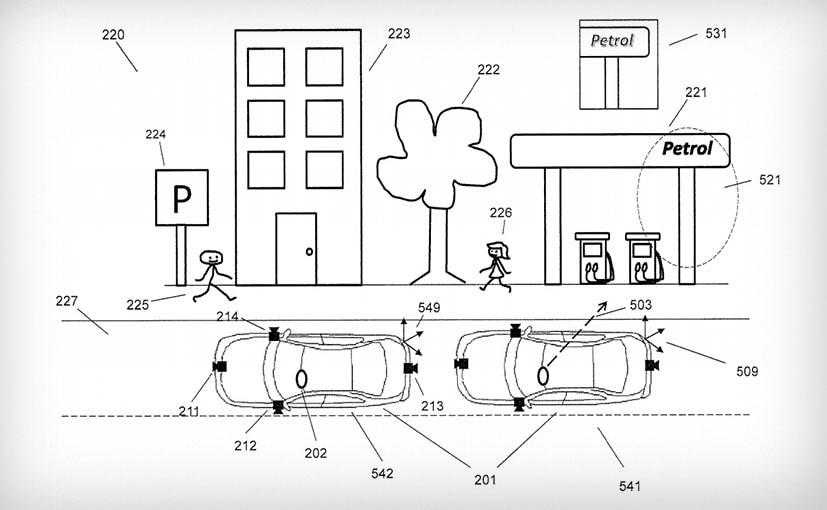 This patent was filed more recently in 2019 which means that it could see the light of day even if there is no Apple Car. Earlier too, Apple has filed a similar patent for capturing photos with the car's external cameras. "Automated capture of image data for points of interest," was also filed in 2019, but this points towards a user case for elevating the navigation and mapping capabilities of the smart car system.

Apple has another patent filing which focuses on the use of the cameras inside the car. "Window defect sensing and image processing" stated in the patent filing points towards the use of cameras in a way inside the vehicle for gesture recognition or eye gaze detection. The patent is for illuminating the windows of the car and using imaging sensors to capture the photo of the window. The idea is to fish out defects and cracks which could be a safety issue for both the passenger and the driver. Apple's patent filing is quite comprehensive and points towards the use of computational photography techniques that we see more readily in the camera of the iPhone. This patent was filed in 2018.

Now, Apple files patents on a weekly basis. Some ideas eventually make their way into final products, while most never see light of day. In this case, we don't even know if Apple is still pursuing a project to make its own car. The only thing that's confirmed is Apple is developing a smart car and self driving car platform which it is likely to license to many.

Apple has had some fascinating ideas for its car which involves the use of technologies that we already see on Macs, iPhones and iPads. There has been talk about true tone lighting in the past which is Apple's branding for true to life colours on a screen of a device. Apple has been said to be working on Multi-segmented sunroofs concepts and a headlight system that could highlight hazards on the road, smart seat belts and force feedback hinges for the doors - using technology that it uses for haptics on the iPhone, Mac and Apple Watch.