In fact, Bugatti says that the Bolide takes 3:07.1 minutes to complete a lap of Le Mans and 5:23.1 minutes to get around the Nordschleife (some records are going to tumble). 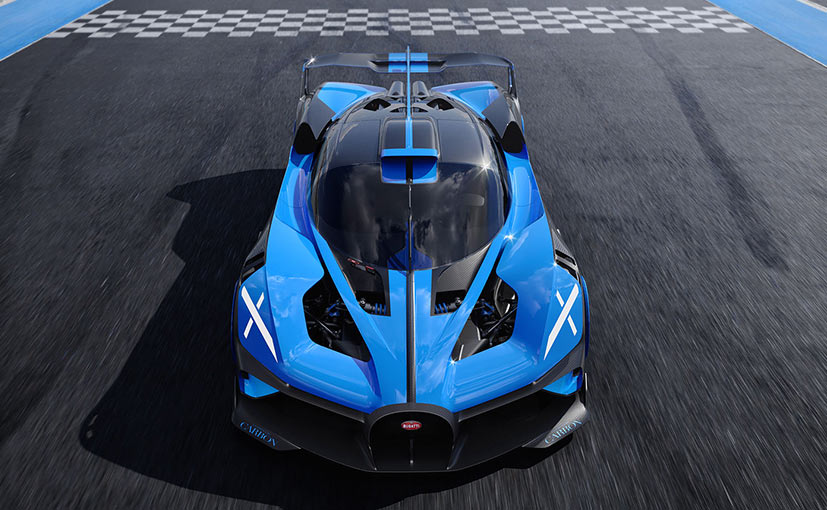 After weeks of teasing a new car and testing our patience, Bugatti has finally revealed a track-only mad hypercar. It's called Bolide and it looks sharp and did I say mad? According to the company, the Bolide is the most extreme, uncompromising, fastest and lightest vehicle concept in its recent history – with an incredible weight-to-power ratio of 0.67 kg per horsepower.

The hypercar is built on the same platform as the Chiron and well we've seen quite a few cars on it right? We've had the Sport, Pur Sport, Vision Gran Turismo, Super Sport 300+, La Voiture Noire, Centodieci and even the Divo, but this one is special and that's solely because of the numbers that I am going to put in the next paragraph. That's one reason why it's mad too. The Bugatti Bolide with the inspiration, the EB110 LM and the Type 57 G Tank

Yes, there is a time for 0-500 kmph too and that is 20.16 seconds, but this is just a theoretical number. In fact, Bugatti says that the Bolide takes 3:07.1 minutes to complete a lap of Le Mans and 5:23.1 minutes to get around the Nordschleife (some records are going to tumble). Be aware though, that these are simulated runs, so when it happens, we would love some tickets for that show. 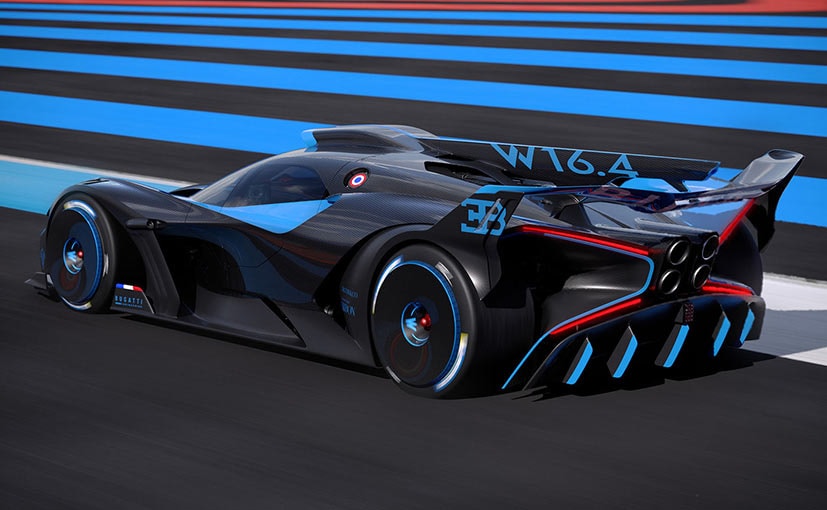 But keeping such a big engine calm is a task. So, instead of water-to-air intercooling, the Bugatti Bolide has air-to-air intercooling with water pre-cooling for optimal performance on the racetrack. The inflow takes place from the front via one internal and one external air duct on each side of the vehicle. The two water coolers, which are arranged in front of the front axle, provide a more effective radiator system in terms of flow than is customary even in Formula 1. Three air-cooled oil coolers for engine, transmission, and differential with water pre-cooling reduce the temperature even on demanding race laps. Newly developed and hybrid carbon titanium turbofan radial compressors ventilate and cool the high-performance racing brake system.

In order to achieve a dry weight of 1,240 kilograms, all the stops have been pulled out with regard to the materials and production processes used, both in terms of what is currently feasible and what will be possible in the future. 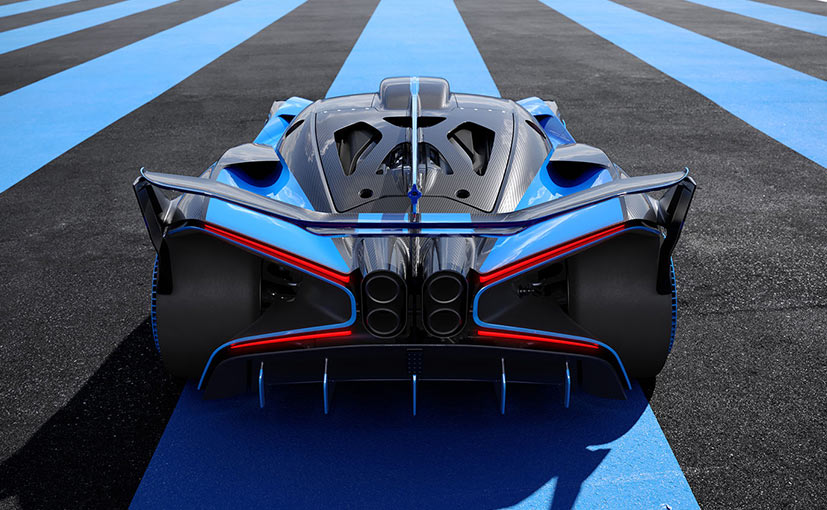 All the screw and fastening elements of the Bolide are made completely out of titanium. In addition, hollow, thin-walled functional components made of an aerospace titanium alloy are used in many places. These originate from a 3D printer and are extremely thin with wall thicknesses of up to 0.5 millimetres.

The Bugatti team developed a light monocoque made of carbon around the drive. The integral front end flanged to it is also made of high-strength carbon fibres, as are the fully aerodynamically effective underbody and the monocoque itself. The single-fibre tensile strength of the fibres used is 6,750 newtons per square millimetre, the single-fibre stiffness is 350,000 newtons per square millimetre 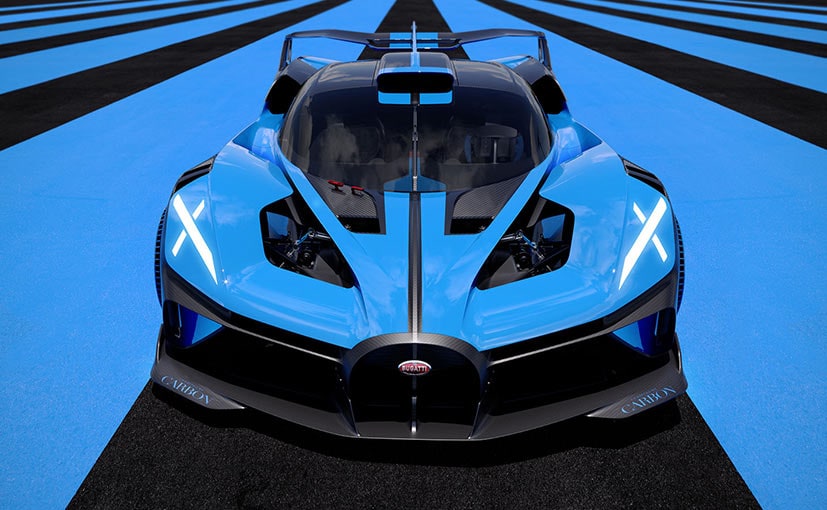 The integral front end flanged to it is also made of high-strength carbon fibres, as are the fully aerodynamically effective underbody and the monocoque itself

With an overall height of only 995 millimetres, the Bugatti Bolide is exactly the same height as the historic Bugatti Type 35, depending on the steering wheel and truncated windscreen, and about 300 millimetres flatter than the Chiron. The wheelbase is 2750 mm metres and the width 1990 mm.

The overall appearance is dominated by air ducts that are more reminiscent of aerodynamically sophisticated Formula 1 racing cars than classic sports cars. The seemingly filigree and half-open front end is a striking example of the combination of air duct expertise, lightweight construction requirements, and aesthetic dynamics. The dramatic effect of the overall proportions is made clear by the aerodynamically favourable overall height of only 995 millimetres. The driver's ultra-sporty seating permits the low-slung shape of an automotive low-flying aircraft. It is therefore not surprising that the appearance of the Bugatti Bolide invokes the so-called X-planes of aviation history and shows a clear X signature from every perspective.