Japanese auto exports account for about two-thirds of its trade deficit with the United States and the added tariffs would deal a blow to Japan's trade-reliant economy. 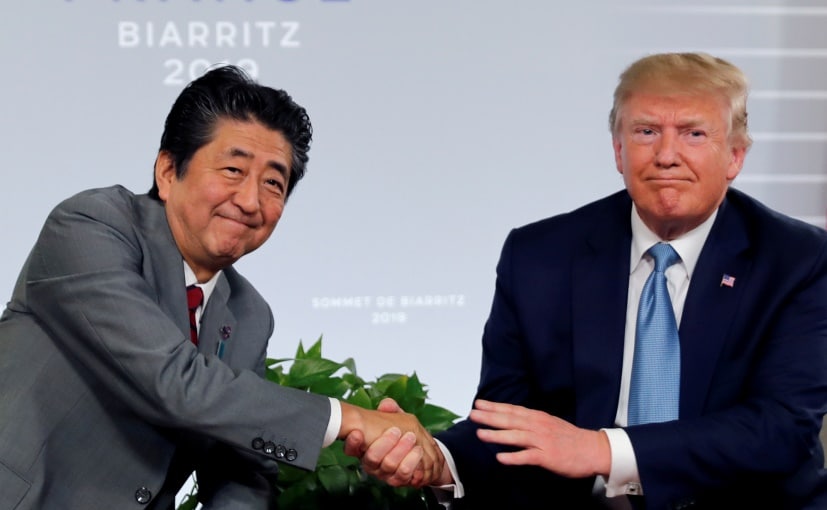 U.S. President Donald Trump and Japanese Prime Minister Shinzo Abe are expected to clinch a deal on farm tariffs and digital trade when they meet in New York next week.

Full details of the agreement have not been disclosed. Below are some key elements about the pending agreement.

Trump's announcement of an initial deal earlier this week left unanswered questions over whether the agreement would deliver Japan one of the main prizes it seeks: a U.S. pledge not to impose national security tariffs of up to 25% on Japanese vehicles and auto parts under Section 232 of U.S. trade law.

Japanese Foreign Minister Toshimitsu Motegi, who is in charge of talks with U.S. Trade Representative Robert Lighthizer, has said he wanted to reconfirm in writing that the tariffs would not be imposed.

Japanese officials have said that under a September 2018 agreement, the United States would not impose added auto tariffs while trade talks were under way. Fresh assurances could echo the vague wording then, that both sides would "refrain from taking measures against the spirit of this joint statement during the process of these consultations".

Japanese auto exports account for about two-thirds of its trade deficit with the United States and the added tariffs would deal a blow to Japan's trade-reliant economy.

A preliminary deal announced on Aug. 25 included reduced U.S. tariffs on unspecified industrial products but Lighthizer said these did not include autos. Tokyo has sought removal of a U.S. 2.5% tariff on autos and auto parts.

Japan is expected to agree to cut tariffs on imports of U.S. beef and pork to around levels granted to signatories of the multilateral Trans-Pacific Partnership (TPP) pact, officials have said.

Japan will permit low import tariffs on about 240,000 tons of U.S. beef, with the quota covering about 90% of the amount Japan imports from America, the Nikkei business daily said, adding it would eventually rise to 290,000 tons.

Lower tariffs would allow Trump to please U.S. farmers ahead of next year's presidential election. The farmers had been disadvantaged in Japan's market after the United States withdrew from TPP after Trump took office in 2017. It would also let Abe keep a pledge to domestic producers.

In announcing the initial agreement last month, Trump made reference to Japan's decision to front-load planned purchases of U.S. feed corn imports to cope with damage to its crop from an armyworm infestation. However, Japanese officials said the country's total feed corn imports wouldn't increase.

Japan has agreed to phase out tariffs on U.S. wine imports over five to seven years, about the same as the eight-year TPP time-frame, media said, potentially cutting the cost of U.S. wine by about 13% for wine distributors.

However, the amount of U.S. rice that will be allowed to enter Japan tariff-free would be much less than the 70,000 metric tons accepted under the TPP, a Japanese source familiar with the matter said on condition of anonymity.

Japanese Finance Minister Taro Aso has said that a currency provision aimed at preventing competitive devaluation would not be included in the final deal.

That demand by U.S. lawmakers would tie Japan's ability to intervene in currency markets should the yen spike and threaten the country's export-reliant economy.

U.S. technology industry officials say they expect a digital trade agreement with Japan to be closely aligned with provisions in the new U.S.-Mexico-Canada Agreement (USMCA), which follow the U.S. model for internet development.

Those provisions aim to ensure the free flow of data across borders without taxation, prohibit data server localisation requirements and limit governments' ability to demand companies disclose their source code.