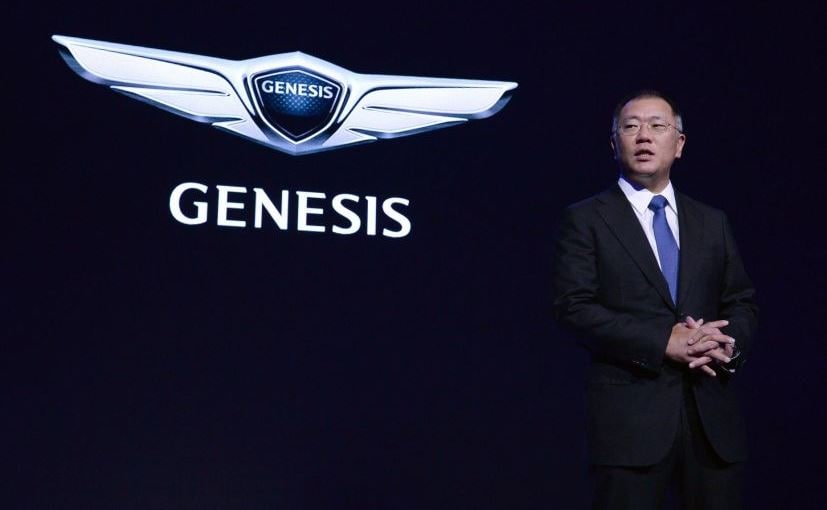 Hyundai Motor has announced that the Genesis nameplate is now a luxury car brand. For those who don't know, Genesis, up till now, was a premium sedan manufactured by Hyundai. The carmaker says the "all-new global luxury brand will deliver 'human-centered' luxury through a range of new models that feature the highest standards of performance, design and innovation." Genesis will operate as an individual global brand parallel to the Hyundai marque and will bring in 6 new models by 2020.

Other than a unique badge, the Genesis cars will also sport a distinctive design philosophy and naming structure that will allow them to be differentiated from Hyundai cars.

The new Genesis badge will be a new wing-type emblem; refurbished variation of the emblem used on the current Genesis model. Furthermore, the new luxury car brand will adopt a new alphanumeric naming structure wherein the models' names will combine the letter 'G' with a number. While the 'G' will be for Genesis, the number will represent the model's segment.

The South Korean carmaker offer Genesis models in Korea, China, North America and Middle East at first. The luxury brand's horizon will be later expanded to include the European and other Asian markets too.

While the carmaker hasn't specifically mentioned when the Genesis models will arrive in India, we believe the brand won't get here before at least 2020.

Ex-showroom Price
₹ 22.3 Lakh
EMI Starts
₹ 46,291 9% / 5 yrs
Get On-Road Price Check Reviews
Subscribe to Our Newsletter
Over 1.5+ Lakhs subscribers
Thank you for Subscribing to Us