KTM To Include New Sensor-Based Safety Technology On Future Motorcycles

KTM will introduce adaptive cruise control and blind spot detection systems on future models, which will be available on model year 2021 motorcycles. 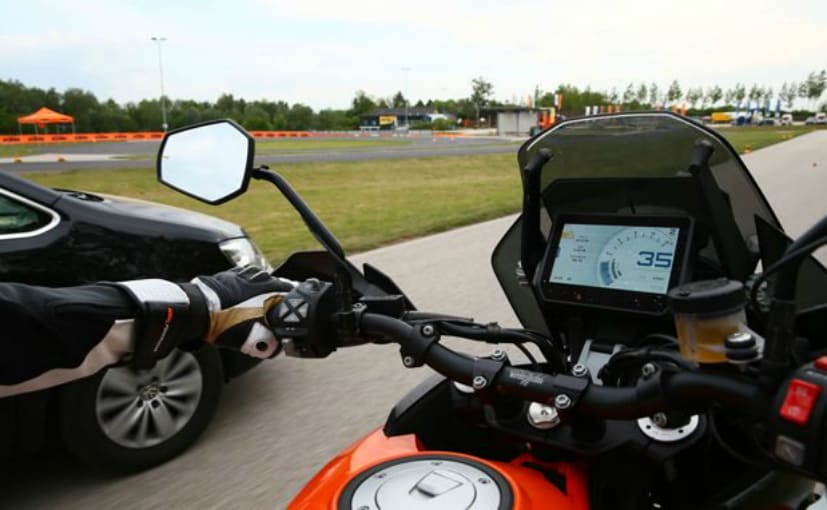 KTM has demonstrated its commitment to improving safety for motorcyclists and reducing accidents as the first motorcycle manufacturer to include adaptive cruise control and blind spot detection systems in future models. These systems, by Bosch, are still in their development stage and use sensor-based technology to help detect and prevent a collision from the front or rear. The prototype systems were unveiled on a modified KTM 1290 Super Adventure S and live demonstrated to a select group of media last month in Marchtrenk, Austria.

"As a company, KTM is committed to improving rider safety and also to reduce accidents. We have a lot more development and many thousands of kilometres to test these systems in the real world before we can implement them on series production bikes, but they are coming in the near future and we are sure they will make a difference," said Gerald Matschi, Vice President, KTM Research and Development.

The adaptive cruise control (ACC) works when the machine is in cruise control above a designated speed. The system can detect a vehicle in front, ranging from the size of a motorcycle and above and then locks on to maintain a distance of two seconds by automatic throttle control and, if needed, gentle application of the front brake. The system is still under development though and in later stages, will add the ability for the rider to customise the operational distance and speed. Once fully developed, the ACC is expected to respond faster than any rider in such a situation.

The other safety technology for motorcycles is a system for blind spot detection warnings. The blind spot detection (BSD) uses a short distance radar to the ACC to alert the rider to the potential of an undetected rear collision, such as changing lanes, through a visual warning on the TFT screen as well as with illuminating LEDs integrated within the rearview mirror glass. Both these features are expected to be offered on certain KTM models beginning from model year 2021.