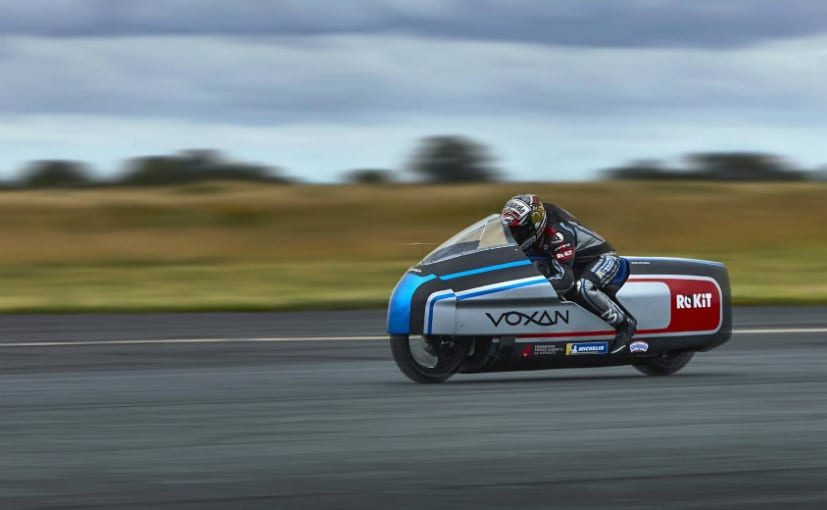 French brand Voxan is looking to make an attempt on the Federation Internationale de Motocyclisme (FIM) land speed record for electric motorcycles. The rider piloting the streamlined electric motorcycle will be none other than MotoGP and World Superbike legend Max Biaggi. Now, Biaggi is no stranger to speed, with his almost lifelong trysts with high performance sportbikes on circuits like Mugello, but maybe attempting a land speed record, and that too, on an electric streamlined motorcycle, will be something different. Biaggi is already working on Voxan to crack 200 mph (over 320 kmph). 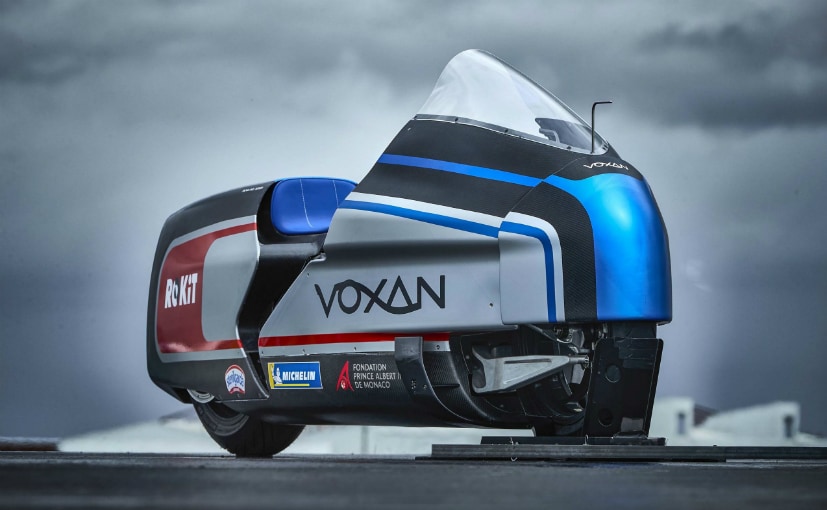 The frame of the bike is a regular tubular structure, but the bike uses a host of chassis and motor innovations. Front suspension is a dual-arm, single-sided set up, with a second single-sided swingarm at the rear. There are no front brakes, although the Voxan does have a rear brake, and a handlebar-mounted lever will help regulate engine braking. The streamliner also uses dry ice to cool water that is pumped around the motor to maintain optimum operating conditions. The Voxan is claimed to produce 367 bhp and a staggering 970 Nm of torque! The machine draws power from a 15.9 kWh lithium-ion battery, which, at 140 kg of weight accounts for nearly half the approximately 300 kg weight of the machine. 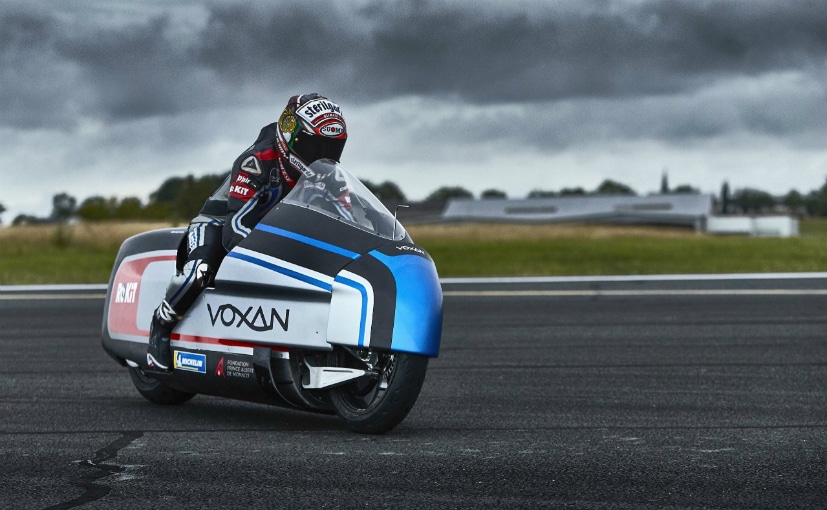 The new land speed record attempt will take place on the Salar de Uyuni salt flats in Bolivia, with the run scheduled to take place in July 2021. Voxan and Biaggi will aim to reach a top speed of at least 330 kmph (205 mph) and break the previous record of 327 kmph (203.1 mph) set in 2019 by Ryuji Tsuruta of Japan on the Motibec electric motorcycle.