Suzuki's Joan Mir secured his maiden win of the season in the European GP, extending his lead over Fabio Quartararo by 37 points for the 2020 world title. 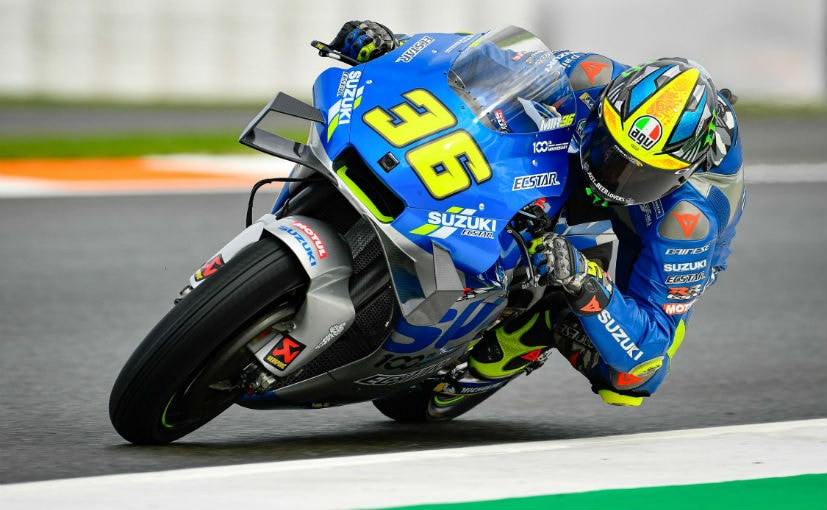 Team Suzuki Ecstar rider Joan Mir secured his maiden victory in MotoGP in the European Grand Prix held. The dramatic win extends the Suzuki rider's lead in the championship battle by 37 points over SRT's Fabio Quartararo who dropped from the top spots after a crash. With the victory, Mir also becomes the ninth different winner of the season. Meanwhile, teammate Alex Rins finished second on the podium, which was followed by Pol Espargaro on the factory KTM.

Espargaro started from the pole position and maintained the lead as the lights turned green, which was followed by Rins and LCR Honda's Takaaki Nakagami. Quartararo jumped from P11 to ninth on the opening lap was looking to pass Aleix Espargaro on the factory Aprilia, but both riders crashed. Nevertheless, Quartararo rejoined the race 15 seconds adrift from the rest of the pack. 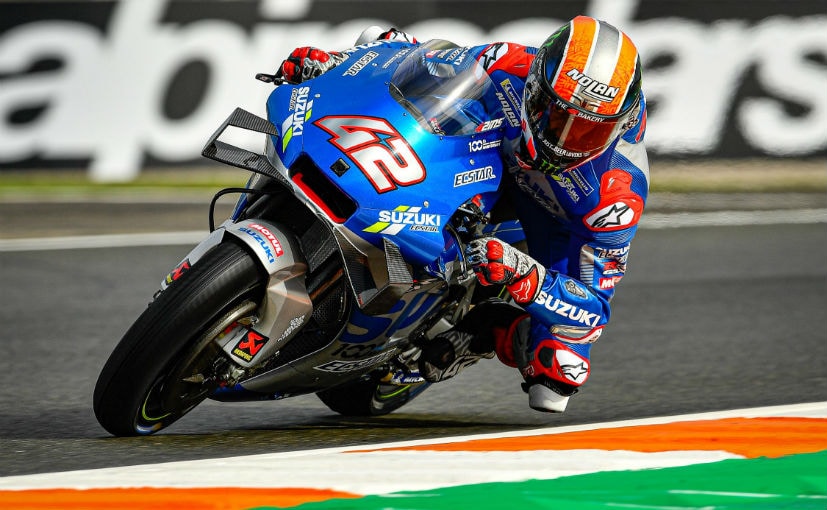 Alex Rins led the race briefly after passing Pol Espargaro on Lap 2, only to be passed by his teammate two tours later

Rins made his first move on Pol Espargaro for the lead on Turn 11 of Lap 2, pushing the pole-man to second, while the fiifth-starting Mir had moved up to P3 and was looking at passing Espargaro. He did get the chance on Lap 4 making for a race dominated by Suzuki. It was a battle between the teammates then, as Rins was defending the lead from Mir with Espargaro trailing the duo.

Rins eventually made a mistake on Lap 17 at Turn 11 that allowed Mir to pass through and take the lead, which he held on until the end of the race. The points leader built a gap of half a second immediately and crossed the chequered flag with a gap of 0.651s over Rins. Suzuki secured its second 1-2 finish in a grand prix since 1982, while Espargaro finished on the podium, 1.203s behind the race leader. 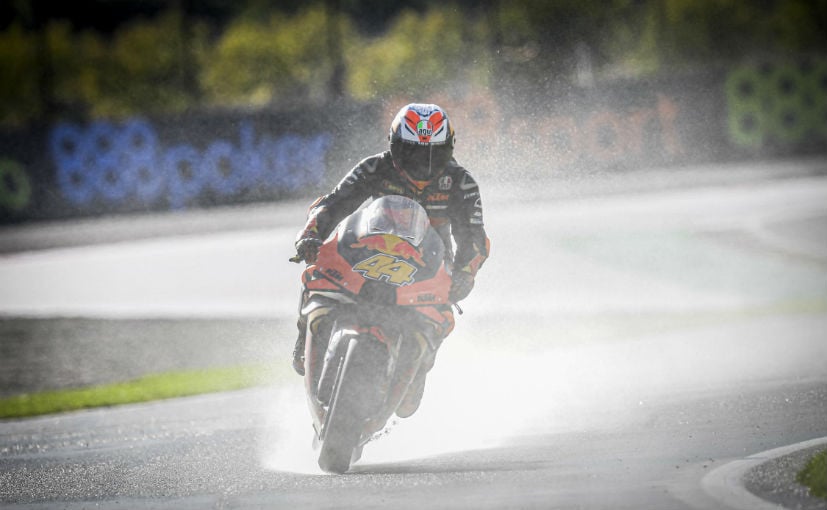 Running closely with the Suzukis, Pol Espargaro secured a podium finish after a fantastic performance

Coming in at P4 was Nakagami becoming the fastest of the Honda riders followed by Miguel Oliveira on the Tech 3 KTM. Jack Miller of Pramac claimed P6 with Brad Binder on the factory KTM taking P7. Andrea Dovizioso of Ducati finished at P8, ahead of Avintia's Johann Zarco and Ducati rider Danilo Petrucci rounding up the top ten.

Franco Morbidelli on the SRT finished at P11, ahead of Honda's Stefan Bradl taking P12 and sole surviving factory Honda, after Alex Marquez crashed on Lap 24 of the race. Following his crash on the opening lap, Quartararo recovered to finish 14th, behind Maverick Vinales on the factory Yamaha. 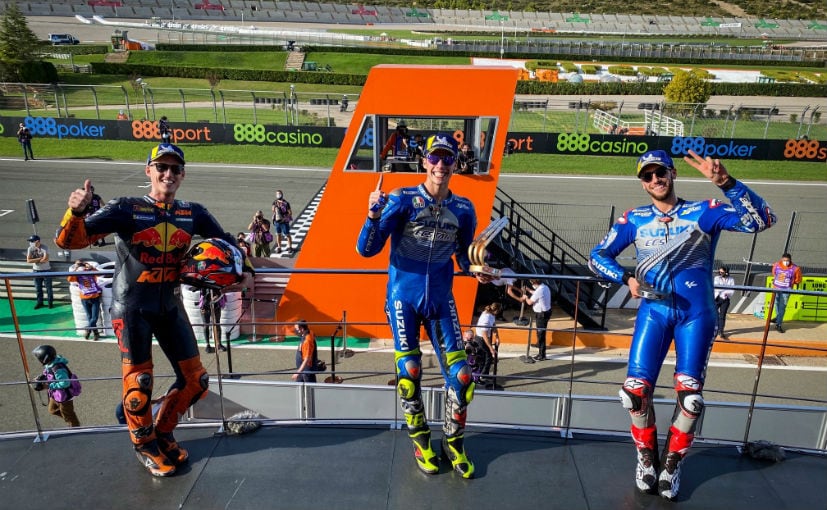 On the podium - Joan Mir, Alex Rins and Pol Espargaro

In his first race since recovering from COVID-19, Valentino Rossi had a disappointing run after a technical issue forced him to retire. Meanwhile, the European GP saw a number of crashes that included LCR's Cal Crutchlow, Pramac rider Francesco Bagnaia, Aleix Espargaro on the Aprilia, while Avintia's Tito Rabat faced a technical issue.