KTM's Pol Espagargo managed to take the top spot in the European GP qualifying in a rain-drenched circuit, bettering Suzuki rider Alex Rins' time by a gap of just 0.041s. Takaaki Nakagami of LCR Honda starts from the front row as well. 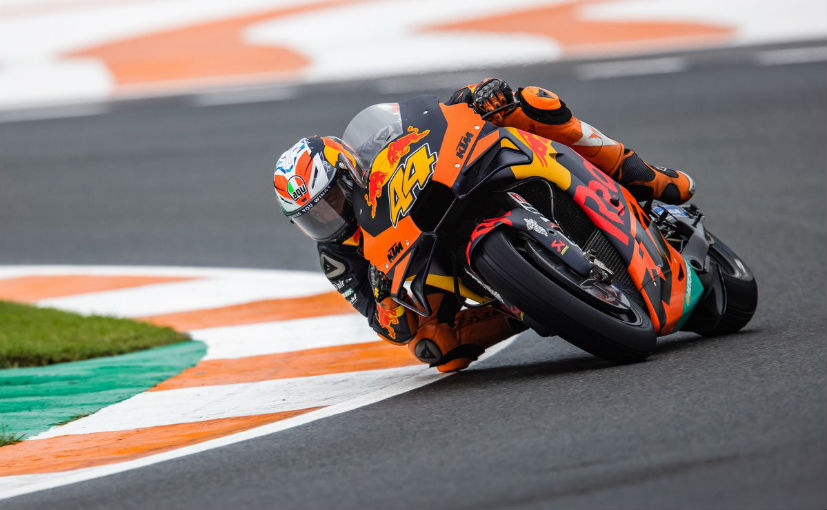 Pol Espargaro beat Suzuki's Alex Rins to claim the pole position in the European Grand Prix qualifying at Ricardo Tormo Circuit, near Valencia. The KTM rider managed to take the top spot on a rain-drenched circuit, bettering the Suzuki rider's time by a gap of just 0.041s. Pol Espargaro put a lap time of 1m40.434s beating Rins in the final minutes. Takaaki Nakagami of LCR Honda was a close third, just 0.096s behind Espargaro. The circuit has been favourable to KTM with the team securing its first podium here in 2018 and it did have an advantage during qualifying too with steady pace.

Alex Rins was the early pace-setter in the race with a lap time of 1m41.714s, only to beaten by teammate Joan Mir with a time of 1m41.662s. As the track dried out, the lap times started to get better even if it wasn't dry enough to switch to full slicks. Franco Morbidelli on the SRT, Nakagami and Rins, all held provisional pole briefly. 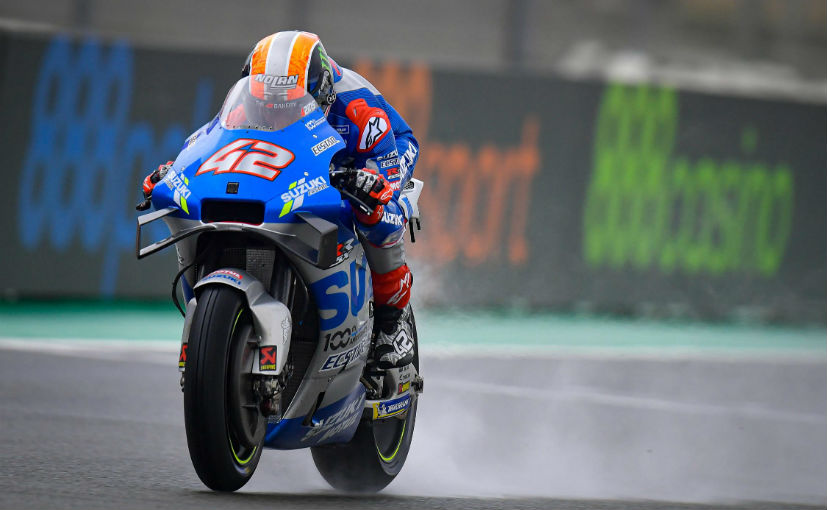 Nakagami was the first to set the fastest lap in Q2 with a 1m40.530s, but the rider crashed in the last corner in the closing moments failing to improve on his time. With just six minutes to go, Rins surged ahead and set a time of 1m40.525s taking the top spot on the time sheets, only to beaten by Pol Espargaro in his final effort, claiming his second pole of the season.

With Espargaro, Rins and Nakagami in the front row, it is Johann Zarco on the Avintia Ducati that takes P4, followed by Joan Mir at P5 and Jack Miller at P6. Aleix Espargaro on the factory Aprilia is at P7 with Miguel Oliveira at P8. Morbidelli couldn't better his time and starts at P9, ahead of Brad Binder on the second factory KTM rounding up to the top ten. Binder though will have to serve a long penalty lap in the race tomorrow for his collision with Miller at Aragon in the last race. 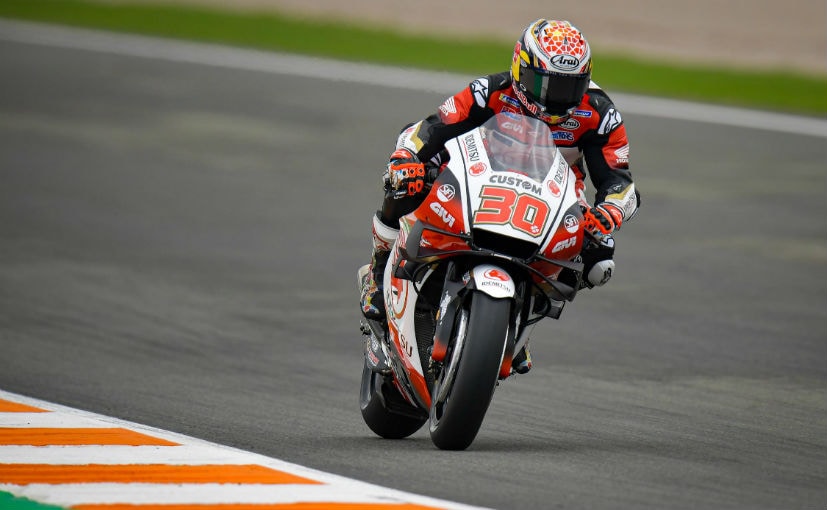 Takaaki Nakagami starts from the front row, fastest of the Honda riders on the grid | Photo Credit: Eurosport

Fabio Quartararo on the second SRT bike struggled through qualifying and couldn't better his pace over P11, but was ahead of Andrea Dovizioso on the factory Ducati. It was bizarre day for the Ducati rider too, after he failed to recover following an aborted lap early on.

Factory Honda rider Stefan Bradl starts 13th in the race ahead of teammate Alex Marquez, while Maverick Vinales on the factory Yamaha starts 15th, but will begin from the pitlane for exceeding engine allocation for the season, and fitting a sixth motor for the weekend. 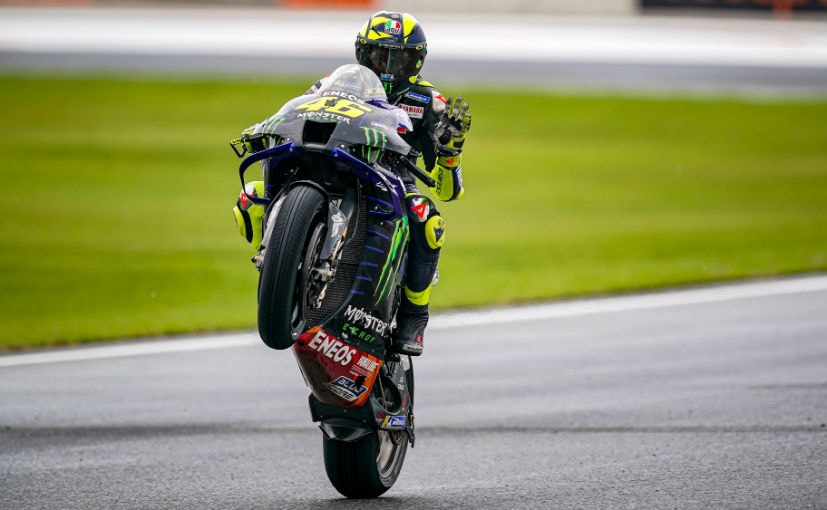 After missing out on 2 races, Valentino Rossi tested negative on Friday and is back for the final rounds of the season

Up next is LCR's Cal Crutchlow followed by Francesco Bagnaia on the Pramac and Valentino Rossi on the factory Yamaha, who returns after a two-race absence due to COVID-19. Danilo Petrucci on the factory Ducati struggled with pace and relegated to 19th on the grid, only better than Lorenzo Savadori making his debut on the Aprili, and Avintia rider Tito Rabat.