Petrol prices have been revised across all metros. With a hike of 14 paise, petrol currently retails at Rs. 81.49 per litre in Delhi. However, the diesel rates remained unchanged at Rs. 73.56 per litre. 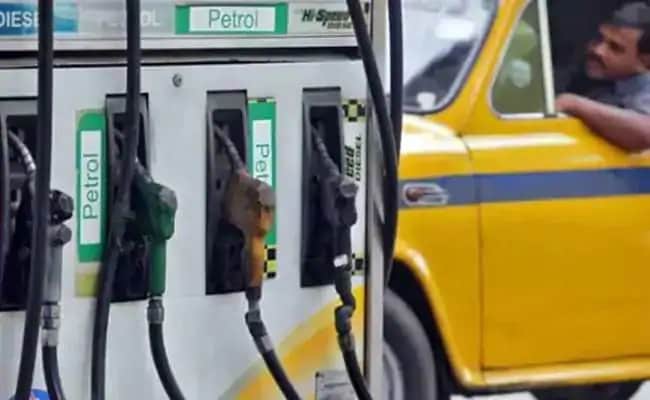 View Photos
On Sunday, petrol rates in Mumbai climbed to Rs. 88.16 per litre

Fuel prices vary across the country due to price of crude oil, foreign exchange rate and local taxes.

The oil companies have hiked the petrol rates by ₹ 1.06 in the last eight days in Delhi. There has been a consistent revision in petrol prices across all metros since August 16, except August 19. In Mumbai, the petrol rates have jumped to ₹ 88.16 per litre from ₹ 88.02 per litre, seeing a hike of 14 paise. Diesel rates in the financial capital also remain steady at ₹ 80.11 per litre.

Petrol rates have been revised in other metro cities every day as well. On Sunday, the petrol rates are hiked by 12 paise in Chennai, 15 paise in Bengaluru and 14 paise in Kolkata. Notably, diesel prices have remained unchanged for almost a month now.  The customers in Delhi continue to shed ₹ 73.56 for a litre of diesel while buyers in Mumbai have to pay ₹ 80.11 per litre. In Chennai and Kolkata, diesel prices remained untouched at ₹ 78.86 and ₹ 77.06 per litre, respectively.