The Defender that will be transporting Prince Philip is built on a galvanised chassis and sports a hand-built rear body, all painted in Deep Bronze Green.

The Duke of Edinburgh- Prince Philip's coffin will be placed in a Land Rover that was designed by him 15 years ago. The funeral ceremony will take place at Windsor Castle in South East England, according to the details shared by Buckingham Palace. The vehicle in which the coffin will be placed is a modified Land Rover Defender 130 Gun Bus, which was designed by the Queen's late husband in 2005 - three years before the British luxury brand- Jaguar Land Rover (JLR) was taken over by Tata Motors. 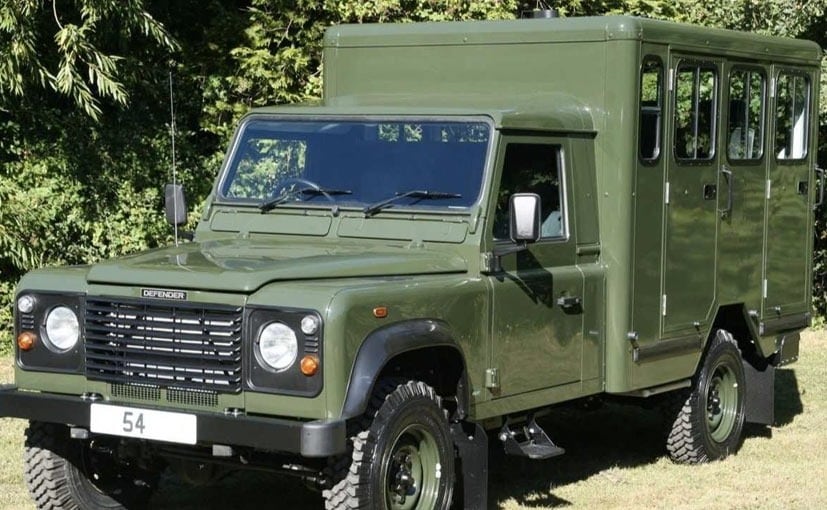 (Prince Philip's coffin is likely to be carried in this Land Rover Defender designed by himself)
Photo Credit: AFP

"At Jaguar Land Rover, we are deeply saddened by the passing of His Royal Highness The Prince Philip, Duke of Edinburgh. Our thoughts and condolences are with Her Majesty The Queen and the Royal Family at this time. His Royal Highness devoted his life to public service and made a significant contribution to British manufacturing, engineering and design," JLR said in a statement.

The coffin of Prince Phillip will be loaded into the Land Rover for an eight-minute procession to the gates of St. George's Chapel, where the funeral is to begin with a national minute's silence at 15:00 local time on April 17. The Defender that will be transporting Prince Philip is built on a galvanized chassis and sports a hand-built rear body, all painted in Deep Bronze Green. Just in case the vehicle breaks down, another identical example is also kept ready as an immediate replacement.