The latest spy photos of the upcoming Tata micro SUV, codenamed HBX, give use a good glimpse of the car's exterior features, including a set of dual tone alloy wheels and LED DRLs. 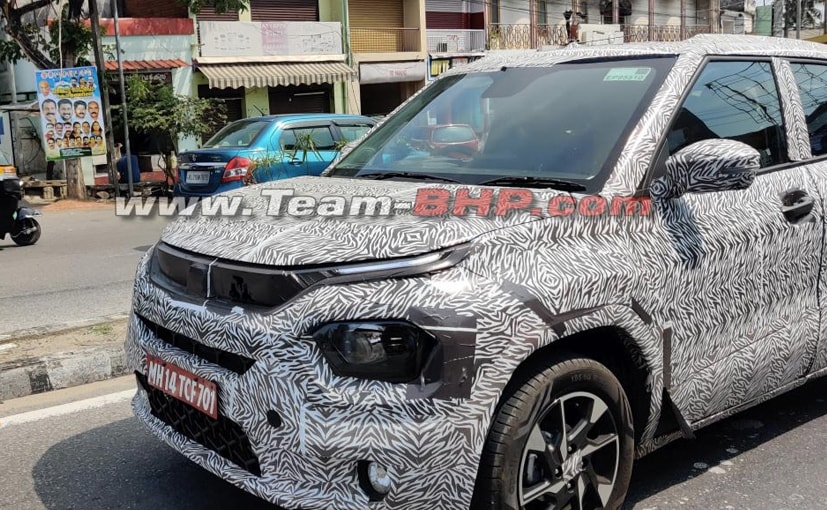 Images of a near-production Tata HBX micro SUV have surfaced online, and this time around we get to see some of its front styling elements and new dual-tone alloy wheels. The model on the photo appears to be the top-spec variant of the upcoming micro SUV, codenamed HBX. The images tell us that the new car will come with a Nexon-style glossy black slat on the grille, flanked by LED daytime running lights. Below that, the HBX houses the main headlights which appear to come with regular halogen lamps. The front section will also house a large two-part grille with Tata's signature Tri-Arrow pattern design, along with a set of round foglamps. 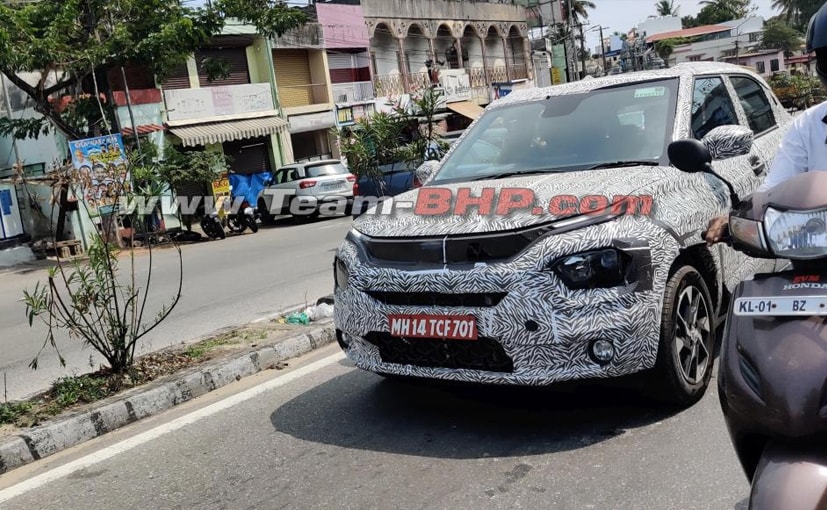 The Tata HBX will come with a Nexon-style glossy black slat on the grille, flanked by LED daytime running lights

The upcoming Tata HBX will also get trapezoidal wheel arches with cladding and a set of dual-tone alloy wheels. The body-coloured door handles have been exposed in these photos, and we also get to see a pair of larger Outside Rear-View Mirrors (ORVMs). Interestingly, like the Altroz, the new HBX will also have its rear door handles positioned vertically on the C-Pillar, instead of the conventional location. As for the rear, the car comes with small wraparound taillights with Y-shaped LED lights, and a high-mounted LED stoplight. 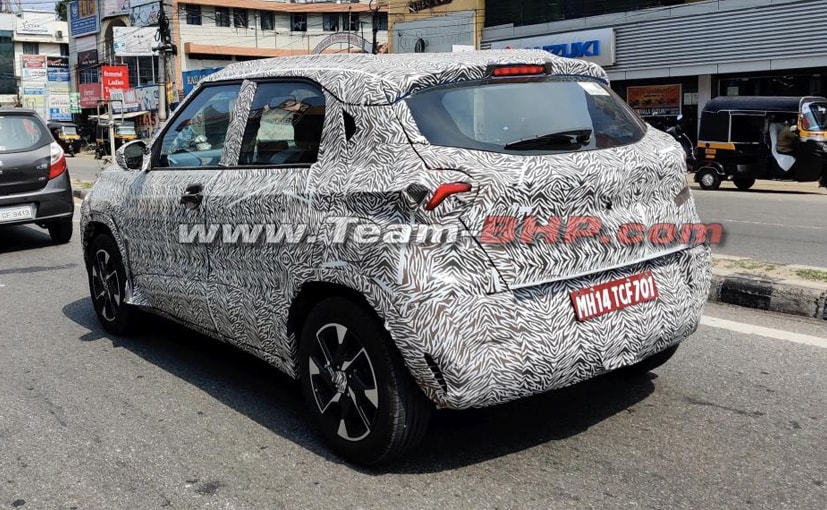 While we get a small glimpse of the cabin in these photos, previous spy shots have revealed that inside, the HBX will come with flat-bottom steering with mounted controls, a large instrument cluster with a MID unit, start-stop button, and an all-black interior. The car will feature a stick-out display similar to the one on the Nexon, and it's likely to feature Apple CarPlay and Android Auto, and possibly even the company's connected car technology iRA. The HBX also gets nice contoured seats with contrast white stitching. 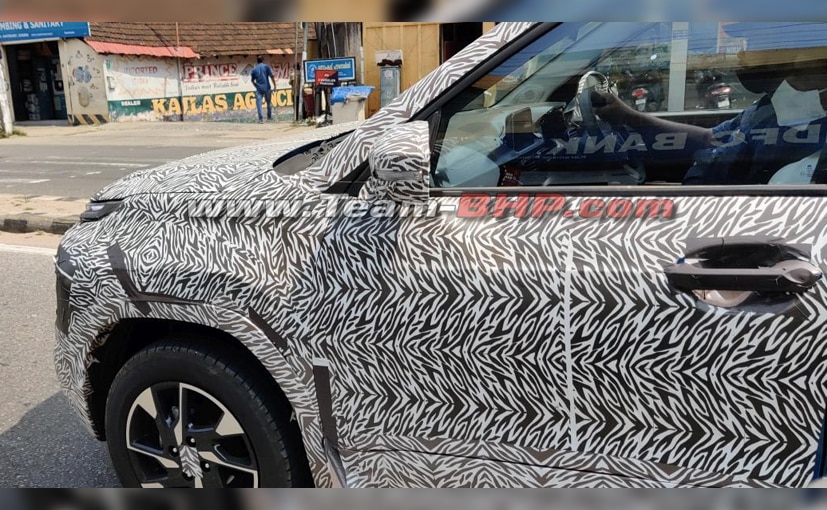 Under the hood, the production version of the Tata HBX is expected to be powered by a 1.2-litre Revotron petrol motor that also powers the Tata Altroz. In the Altroz, the engine is tuned to produce 85 bhp and 113 Nm of peak torque. As for transmission duties, the HBX is expected to come with a 5-speed manual gearbox and optional an AMT unit as well. Upon launch it will compete with the likes of the Maruti Suzuki S-Presso and Renault Kwid.